Just Out of Reach

From the creators of Bag of Dungeon, comes an overworld adventure. This time, rather than slogging through the dungeon in a style more ASCII than Dark Souls, we’re trotting about Game of Thrones style, trying to get our ducks in a row before we’re attacked by the big bad.

We liked Bag of Dungeon for its ‘purity’ – it wasn’t flashy, it just used tokens and a random draw feature to create a dungeon as you explored it. There was an amusing semi-cooperative mode too, which often led to last minute backstabbing.

7 Moons suffers from some resistance round these parts as it is, ultimately, a roll-and-move game. You roll some dice to see how far you move each turn, in an attempt to get to where you need to go to gather resources, trade, and recruit allies. It’s a game that, almost, helps us rethink roll and move, but the implementation doesn’t quite do it for us in the end.

Players start on foot and move (roll two dice, pick one) towards one of the key locations of the game – Dragonmarch for selling items, and buying a horse (roll two, add them together), in the centre of the map for example. Or out to one of the settlements where they can collect wood (elves), iron (dwarves), or stone (giants). Or, if they’ve got a horse, to dragon mountain where you can ‘trade it in’ with ten gold to upgrade to a shiny new dragon (which can cross water and helps with combat rolls).

You move a number of hexes, as described by the dice, and if you end up in the wilderness you need to roll for bandit encounters. Here you could lose some gold, or your dragon might flee (frustratingly).

When you’re in Dragonmarch you can pick up a quest, which may be helpful if you complete it. And visiting the campfires in the wilderness can give you some wilderness cards, some of which are very useful, others that are just okay. There’s frankly not enough of either of these, and there could be a much higher density of them. Even getting rid of specific locations and making them a random element of taking a shortcut across the wilds would be more entertaining. As such both card types are under-utilised by players in our games.

The best part of the game is the, sometimes silly, market and economic system. All resources cost one gold to buy, but sell for the amount shown dice on the market board – which are rerolled after every completed set of trades. This means you get the hilariously volatile market that, if you’re quick, you can sell all your wood for a lucky five gold each, and then roll the market dice, ruining it for everyone else. Frustrating and hilarious as it is when this happens, it does highlight how much you’re a victim of how well you roll. Getting places is the hard part, and rolls that leave you just pootling about the suburbs for your turn can feel like a waste.

You’re collecting all of these items and making money so you can bolster your defences for the final act. The moonrise track is moved on each time an ally (the aforementioned elves and so on, or the standalone allies like barbarians) is added to a home city. When it triggers, the final phase is afoot, and players must roll dice in a kind of tower defence action. As a team players roll dice for the realm, and then see if their individual rolls are good enough for their cities. Either will lose you an ally or stronghold, weakening you further in this later round. Allies, if they match the type on the shadow army card, give you extra dice to roll in these rounds.

We found there was really no way to lose on the normal difficulty. The solo mode has some charm to it, but again, could be bolstered with a bit more of a need to explore the world. In the end, we liked what 7 Moons was trying to do, but it really does rely on good luck. 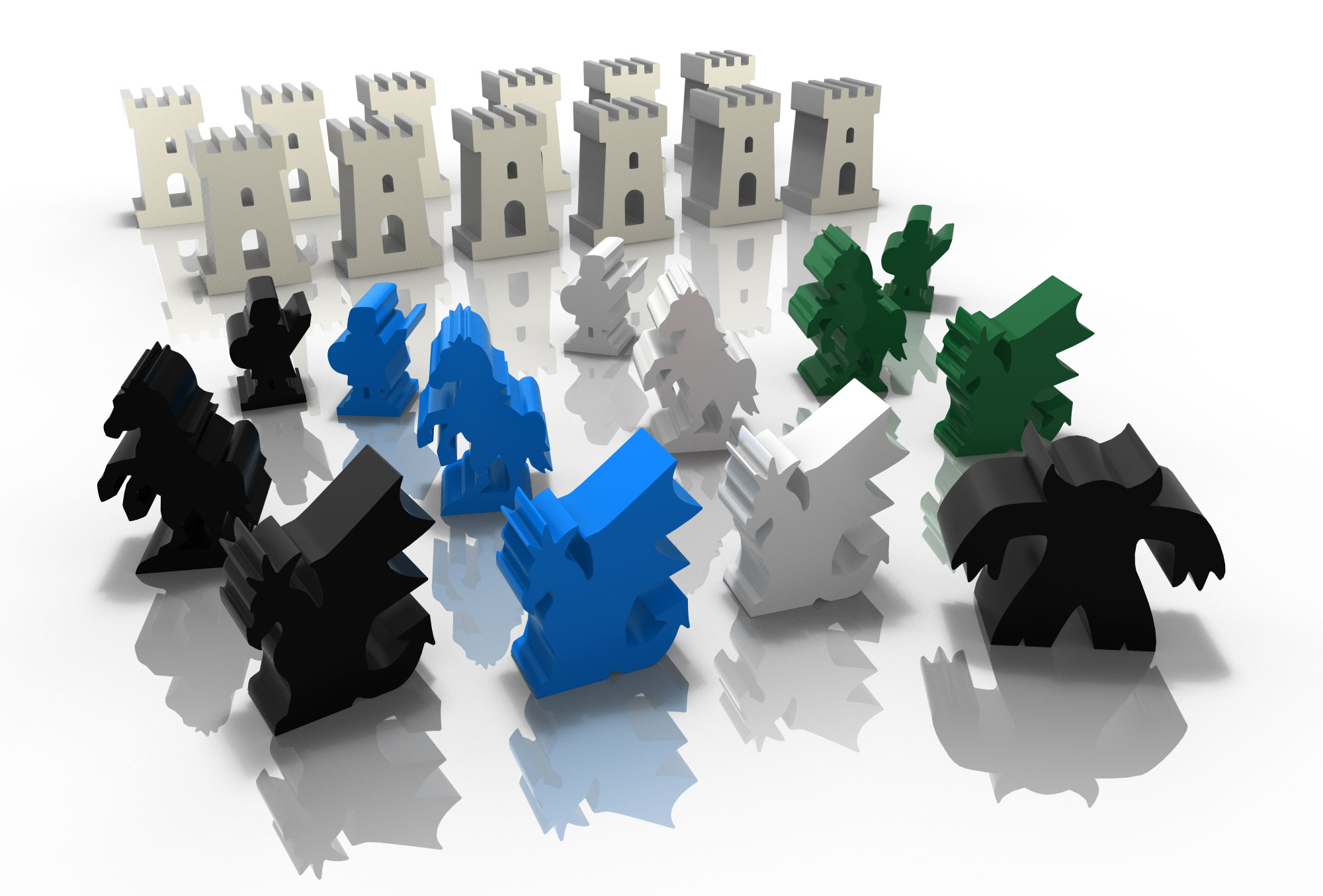 A noble attempt at making roll and move work, with some success, but lacking polish.

TRY THIS IF YOU LIKED Gloom of Kilforth…

Or rather, play that instead. If you’re looking for that quality questing feel.