Thankfully nothing to do with any ’80s Brat Pack movies

When he’s not inflicting Gloom on the fantasy world of Kilforth, indie designer Tristan Hall likes to engage in a bit of historical re-enactment. Two years after he turned the Battle of Hastings into a neat, sweet two-player card game with 1066, Tears to Many Mothers, he’s doing the same for the 1565 Siege of Malta, in which the Ottoman Empire hurled its 30,000-strong armada against the 500 Knights of St. John and the irrepressible Maltese populace. In reality, the siege lasted three months and three weeks, ending with the supposedly invincible invaders being disastrously repelled. Here, however, either side can win in a sharply focused and immersive asymmetric duel that re-uses 1066’s ‘Historic Epic Battle System’.

Mechanically, there are no differences between the two games, so players familiar with Hall’s Saxon-vs-Norman original can dive straight in here, and even mash the two games up, should they fancy an anachronistic clash between, say, William the Bastard and Mustafa Pasha.

As before, there are three frontiers (formerly called wedges), along which both players must array their cards (characters, units and leaders) in rows. You pay the cost to play them in resource points and discarded cards, carefully managing your hand to gradually create an ever-shifting, combat-oriented tableau. The first player to defeat two of the three frontiers wins the game, unless you manage to take out your opponent’s leader first, or the other player burns through their deck, in which case you’ll achieve a swifter victory.

But while cards can enter the fray from the start, those frontiers can’t be properly contested until a series of objectives – historic-event milestones specific to your faction – have been achieved, one by one, making the game as much a race as it is a battle.

There is a strong narrative element, which delivers its chronological and character-based beats with punchy, immersive flavour text. This, you soon realise, is fundamental to the experience. After all, Hall’s research is impressively thorough, with every card relating to someone who really lived and fought at the battle, or something that really happened, its text complemented by some wonderfully vivid artwork.

It’s here that 1565 distinguishes itself from its 11th Century-set progenitor, especially through the way its story bears out the asymmetric elements of the gameplay. In this sense it’s marginally superior to 1066, perhaps because it’s based on a conflict where the two sides were more extremely contrasted. The Ottomans are all about superior numbers and artillery, constantly bombarding their foes in wave after wave of attack. The Knights, meanwhile, are more about resilience, bearing up under extreme pressure and trying to prevail with fewer, stronger troops.

As with all of Hall’s games, a solo play mode is included (with the added bonus of a resource dial for the AI player, replacing 1066’s fiddly paper chart), but 1565 is far better enjoyed as a straight-up head-to-head, where the clash of momentous, history-changing forces is more truly felt.

16th Century conflict comes to life in a superbly engaging two-player card battle that encapsulates one of history’s greatest sieges.

TRY THIS IF YOU LIKED 1066, TEARS TO MANY MOTHERS…

It’s a no-brainer, really. If 1066 Conquered your Williams, then 1565 is guaranteed to, er, Valette your Jean Parisot.

You can read our full review of 1066, Tears to Many Mothers by clicking here

Publisher: Hall or Nothing 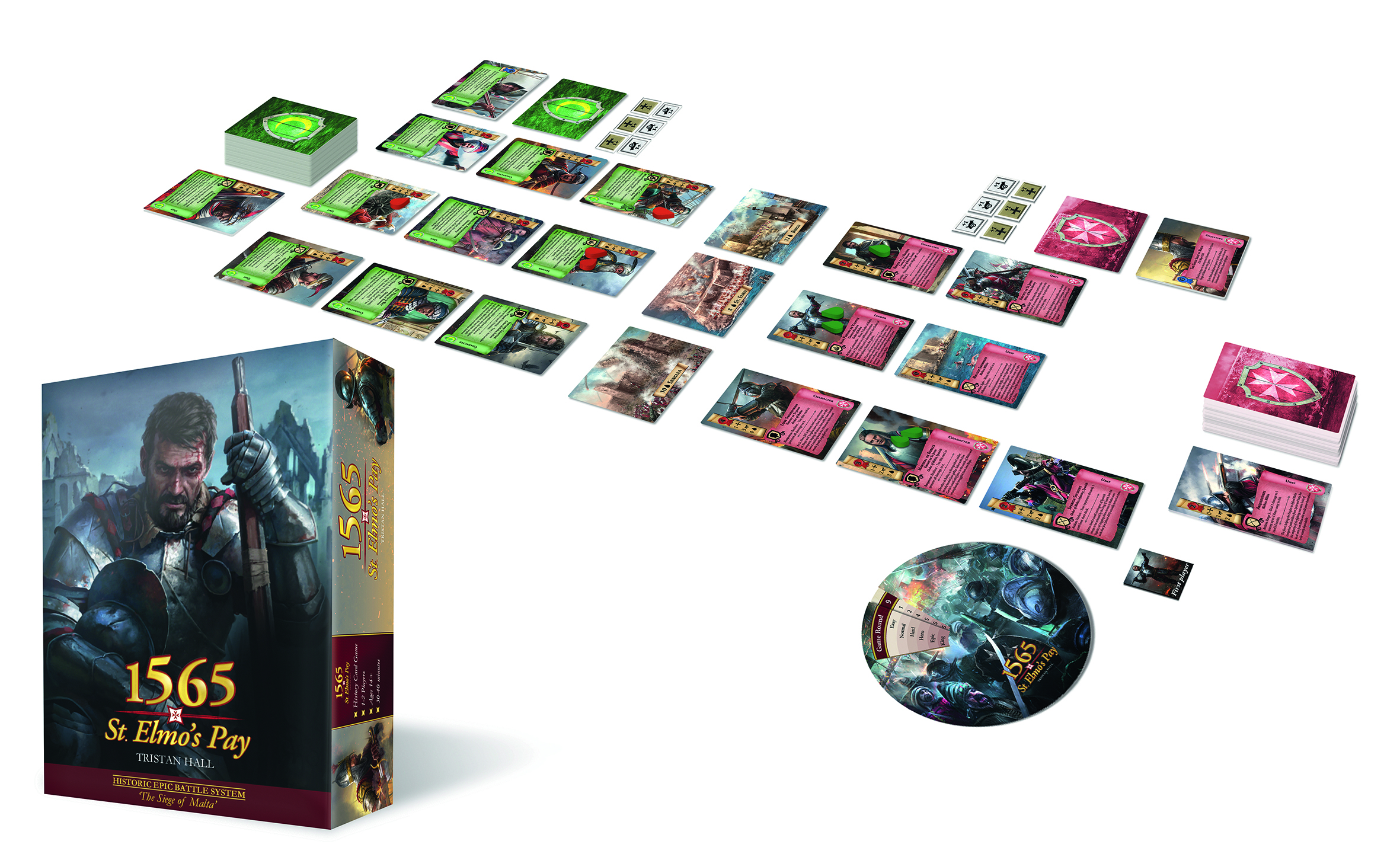