Here’s a fun board game philosophy question; how much should you spend on a free game? Of course practically nothing is free, as even playing cards or those little plastic travel chess sets will cost you a pound or two, but given you can also spend hundreds on premium versions of these products, what is it about a board game that elevates it past the parlour rooms of old and onto the haphazard shelves and cabinets of our tabletop collections?

12 Gangsters feels like a game that can be cobbled together out of the board game bric-a-brac that naturally gathers in a household like novelty mugs. The game sees three to six players beginning with identical hands of cards numbered 1-12 (or up to 10 in the 5-6 player version) with the object to play out as many of them as they can.

Each round players choose one card in their hand and play it face down. All cards are then revealed and compared against whichever player is that round’s Boss. If your card is smaller than the Boss, you get to keep it face up. If it’s bigger, it goes face down and doesn’t score at the end. However, if you manage to match the Boss card, their card is turned over and you keep yours on the table. Once all cards have been played, tally up the printed values on your face-up cards and the highest scoring player wins. 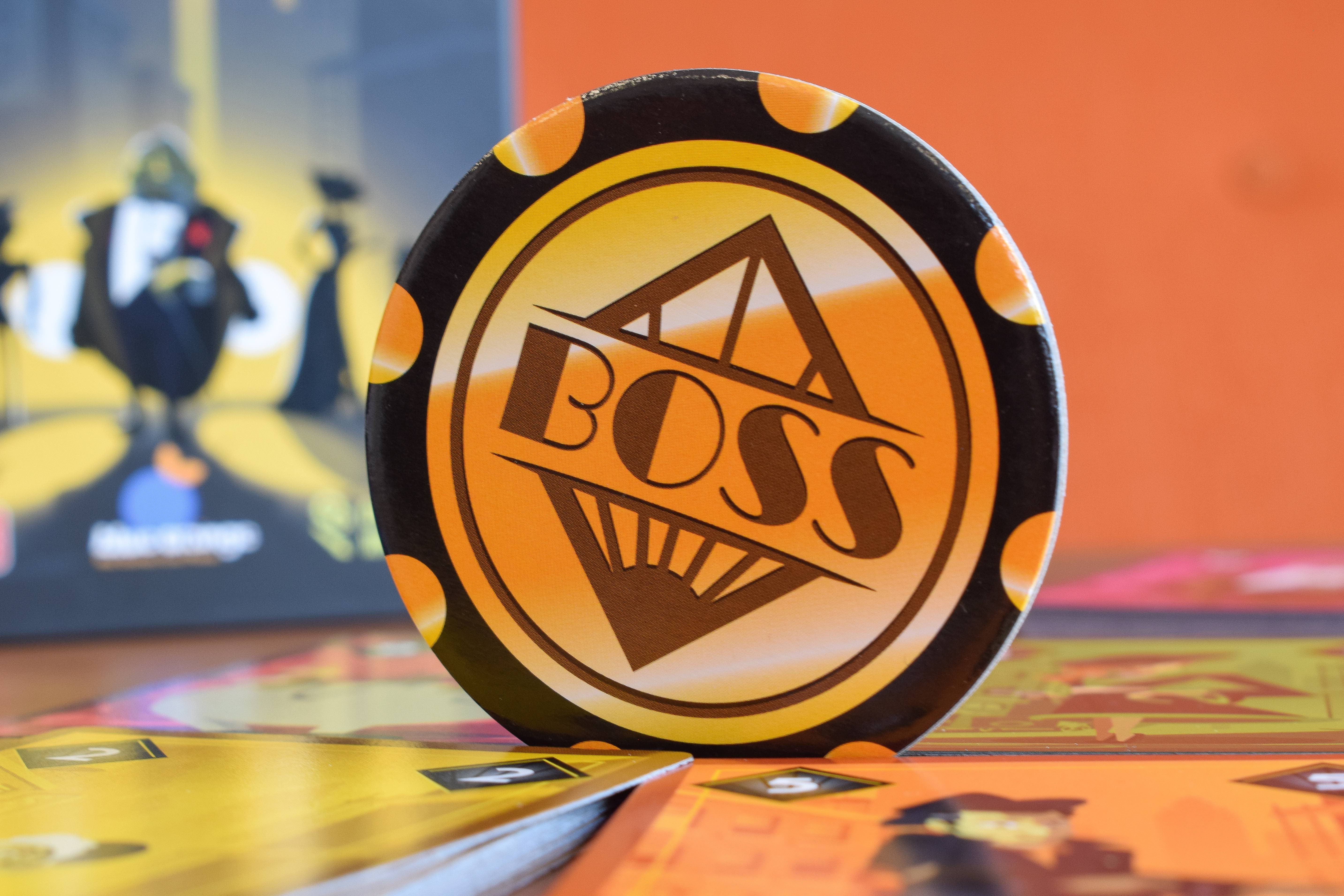 Given how the whole rules take a little over a hundred words to explain, 12 Gangsters feels like one of those card games that has existed for centuries. Everyone starts the same and for those with good memory, it’s possible to remember what everyone has remaining in their hand, letting you contemplate the best card to play. As the Boss you’ll want to play out bigger cards to ensure their success, but maybe if you sneak in a one or a two you can cause opponents to lose some of the better mid-tier values.

Likewise as the other players, you always want to be pushing your luck as much as possible, aiming to play your 5+ value cards as often as you dare to bulk up your final total. But sometimes you catch that a Boss only has a couple of big value cards left, one of which you also have in hand, so maybe this is the turn to try and snatch their bonus away to create a massive upset?

The game offers little in variance outside of players taking different approaches to their playstyles, but this isn’t necessarily a bad thing. It isn’t intending to be a game you can play night after night, it’s a breezy quarter-hour of big reveals and little giggles, one that opens an hour or two of gaming nicely or can even be brought out to the pub or café.

The minimalist box design fits comfortably in a messenger bag and even has one of those lovely magnetic clasps to further protect its contents of charmingly illustrated cards. I also adore how some of the illustrations complement the card value, as the tiny one Mafioso and bulging twelve Don look awesome, though I wish that the middle values had better executed on this design aspect.

So does 12 Gangsters do enough to justify its cost? With a svelte production with enough to amuse a decent sized of table of friends and family for a short time, plus a price that’s less than your average large takeaway pizza, I can comfortably suggest buying this if you like your games short, sweet and with an optional side-order of swearing.

Whilst it lacks the bite of other bluffing games, its accessibility and affordable production makes it a novelty purchase that won’t wreck your bank account

TRY THIS IF YOU LIKED Cheat 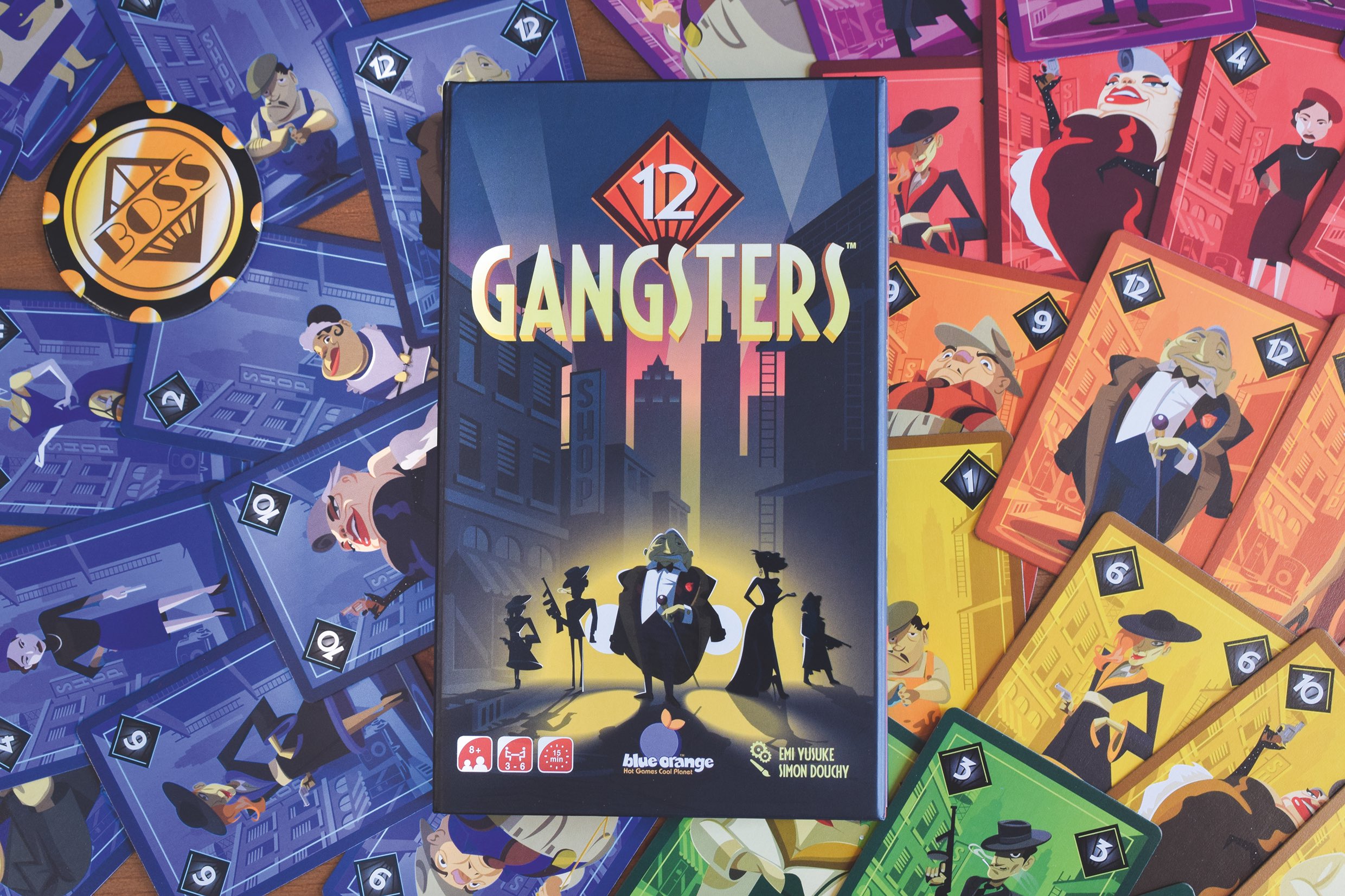 This classic playing card game has bruised many an ego over the years, 12 Gangsters takes aspects of what made Cheat so replayable, but sands off the edges for a more light-hearted game of duplicity.