Pretty much what it says on the tin folks; Kings of War are getting a ‘cool’ new army. With the third edition of Kings of War on the horizon, Mantic have been showing off some new units for the Northern Alliance, a league of men, trolls, half-elves, dwarves and other creatures united in their common goal of defeating evil (and frostbite, I dare say). The faction made its debut in Vanguard – a skirmish level game set in the same universe as Kings of War. They’ll also be one of the two armies in the new starter box – Shadows of the North – fighting against the horrific legions of the Nightstalkers.

That’s all very well and good, I hear you say, but what of the corny cold-related puns such an army invites? I’m glad you asked! The first new unit are the Clansmen, human infantry armed with shields and spears. A hardy looking peoples, certainly. I guess you could say it’s grim ‘tup North, aye? 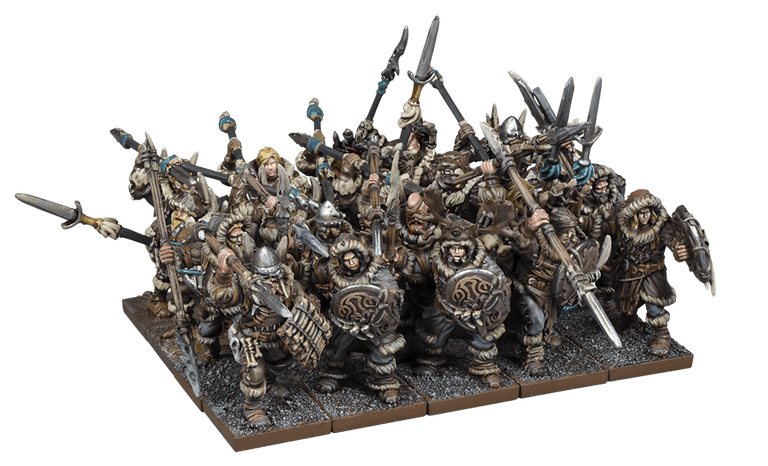 Next up are tundra wolves – aka slush puppies. Their smaller cousins are the snow foxes; savage as cunning, they’re real prize-winters. (Badum-tish… Okay, I’m done now.)

The Northern alliance has access to long-range firepower in the form of the Ice Kin Bolt Thrower, a Roman-esque bolt thrower that throws, well, ice. I’m not entirely sold on the idea (artillery that melts in warmer weather doesn’t sound like a world-beating design choice) but I’m guessing that the firer at least gets to make appropriate puns before he shoots; ‘revenge is a dish best served cold’, and ‘freeze, sucker!’ and suchlike. 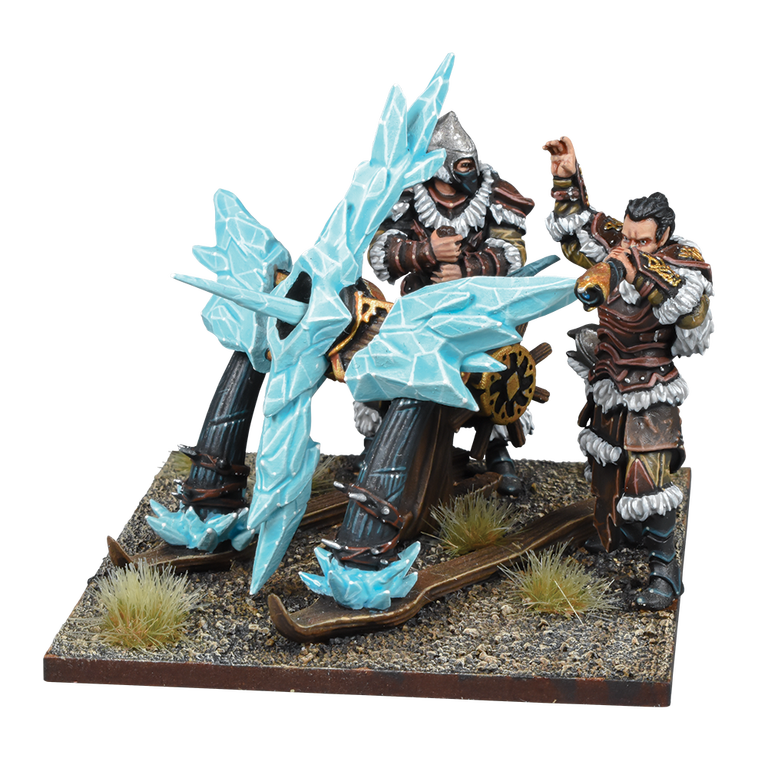 The non-human races include snow trolls, led by a snow troll prime – you can tell he’s a leader as he comes with a fancy hat. 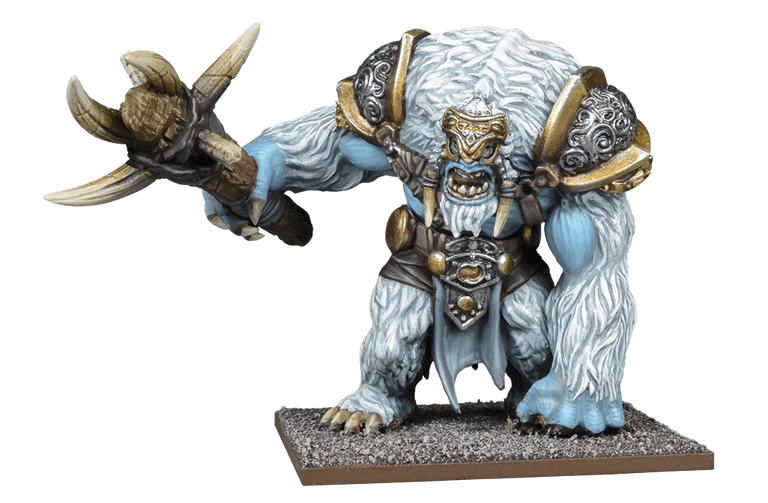 Then there are the Naiads – aka fish-people – this time with an ice theme. 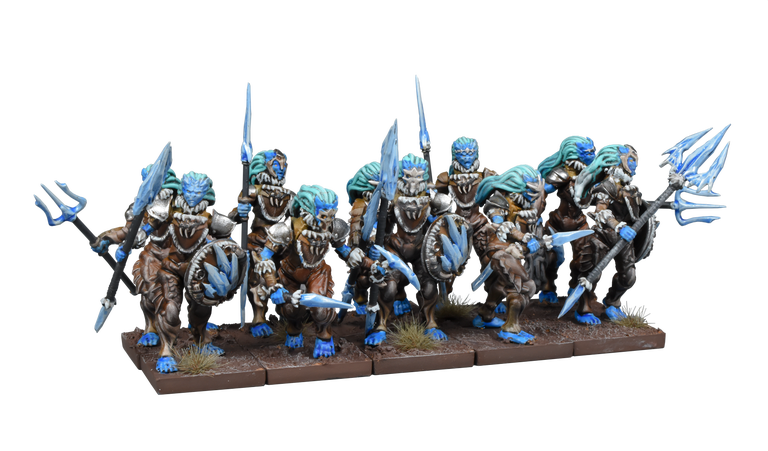 The HQ slot is populated by either a Skald – a loremaster who records the oral history of the Northern clans and tribes – or a Clan Lord. Both are made from the same basic miniature with a head and arms swap, but hey, it’s a perfectly good mini so I don’t think it’s a downside. 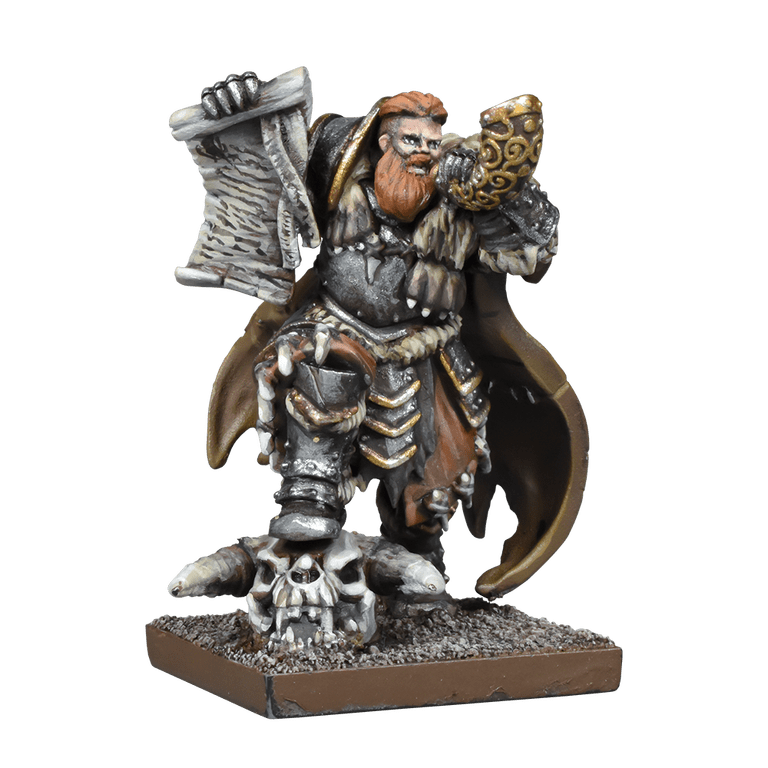 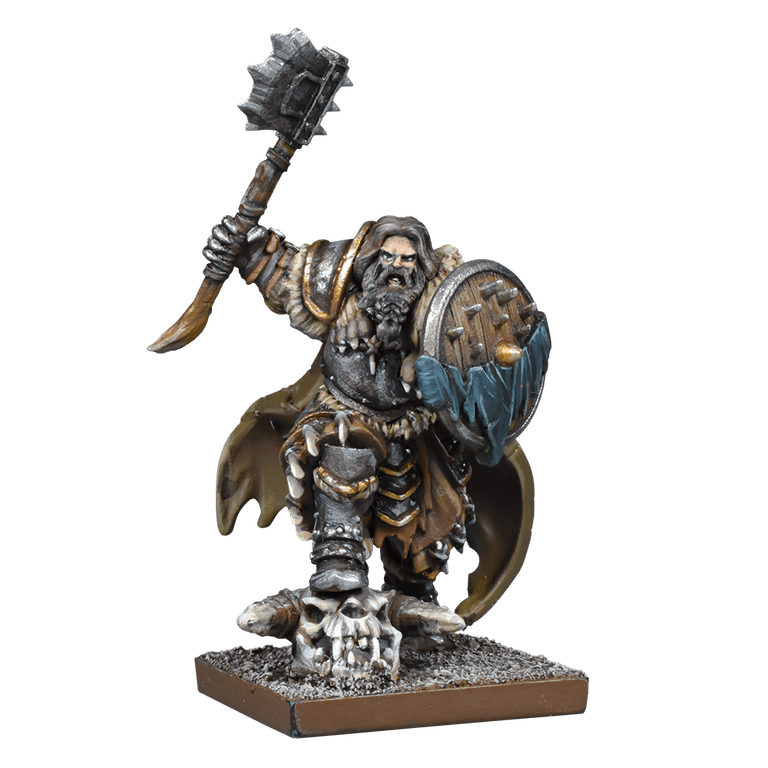 Lastly you’ve got a lord on a mount called a Frost Fang, which has a passing resemblance to a Wampa from Star Wars, and some half-elves in long-range and close combat varieties. 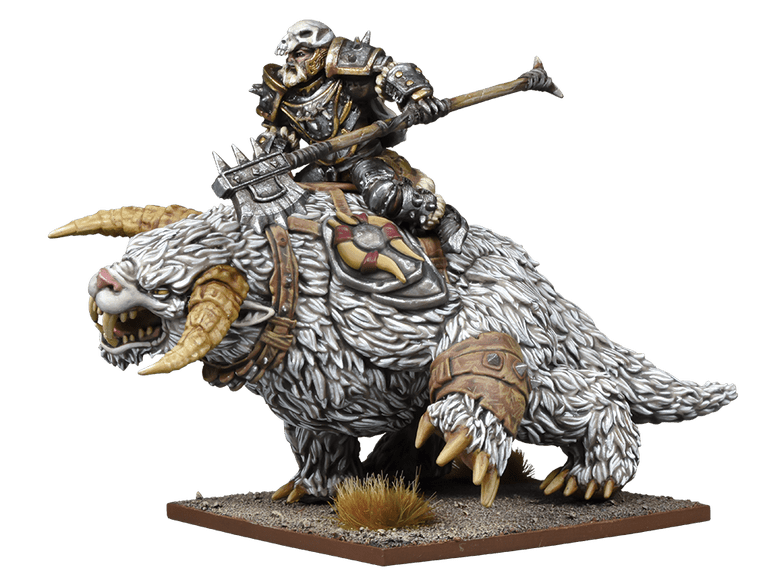