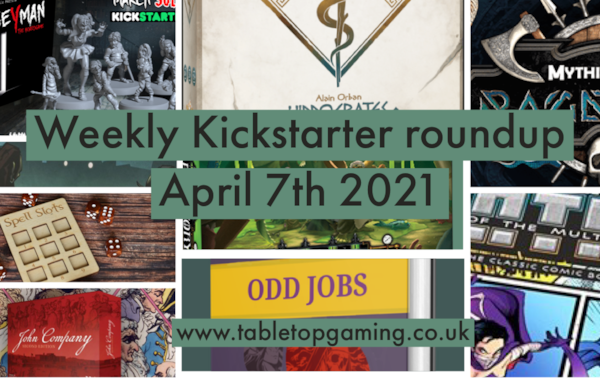 And not an April Fools in sight.

As you'd expect, some weeks have more Kickstarters than others, but its fair to say this week is possibly the most jam packed. If you don't find something here of interest, there's plenty more on Kickstarter, as selecting just a few was a tricky task. As a round up though, enjoy below a selection of games new to Kickstarter this week!

Lasting Tales is an epic cooperative miniatures game, that offers phenomenal fantasy miniatures. Every player is their own hero, and the game itself is inspired by a mixture of roleplaying game, and tabletop skirmish games. You don't need to take our word for it though, as we've got a video with Blacklist Games explaining exactly what their game is all about!

Where is it? Take on your own adventure with Lasting Tales

There's no way we could miss this one, this is John Company: Second Edition, from Cole Wehlre, creator of Root and Pax Pamir! This is a Kickstarter only game, following on from Pax Pamir in a series about the British Empire, and empire- building in general. This game thrusts you into a thousand little choices to cajole for positions of power within the British East India Company, but reflects contemporary scholarship. As a second edition, every element of the game has been overhauled and updated. 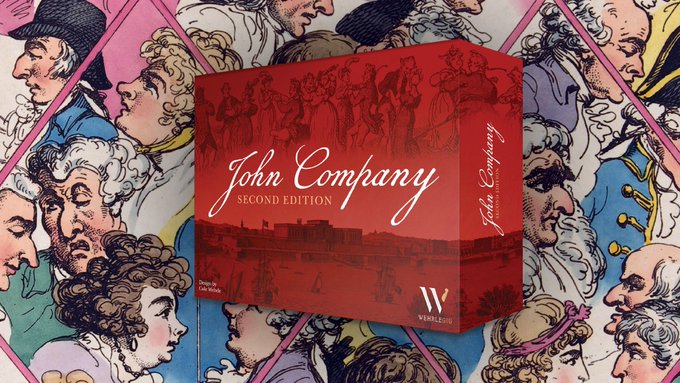 Plus, want to see more from Cole Wehlre? Check out the Spring Showcase interview, discussing all things Root!

Where is it? Fame and fortune awaits

Sentinels of the Multiverse: Definitive Edition

A new take on the classic game, in which a mad scientist holds the world hostage with his doomsday device, a self aware AI rampages through major cities, a chaotic earth spirit threatens humanity, and MORE. Only a few heroes - see: you - stand in their way! The stories come from the comics, and it a cooperative card game. 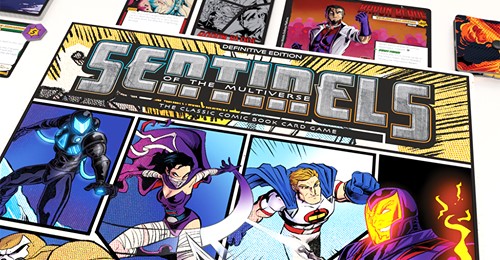 Where is it? Defend the Earth (from your tabletop)

As promised in the Game Brewer Video at the Tabletop Gaming Spring Showcase, comes Hippocrates, a strategic eurogame about the origin of medicine, from the designer of Troyes, and the artwork by the artist of Between Two Castles of Mad King Ludwig, so you know it's got a solid foundation before you begin. It will include Kickstarter exclusives that won't be available in the retail edition (including a custom game insert from Meeple Maker) 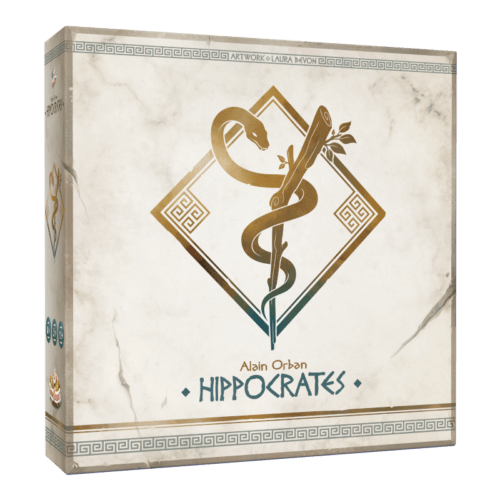 Where is it? Channel your inner healer with Hippocates

Strange people, stranger careers, this is a collection of micro settings, offering you a small self contained world, perfect for oneshots, and completely system neutral. You might be hiding a magic corpse, sailing the seas for longer than planned, catching creeps, criminals, and Cthulhu's, trying to be a better nun (and foiling the Devil), or all manner of additional things. You can also pick up a version of their first setting, Ghost Ship, as a free download to see if it's for you. 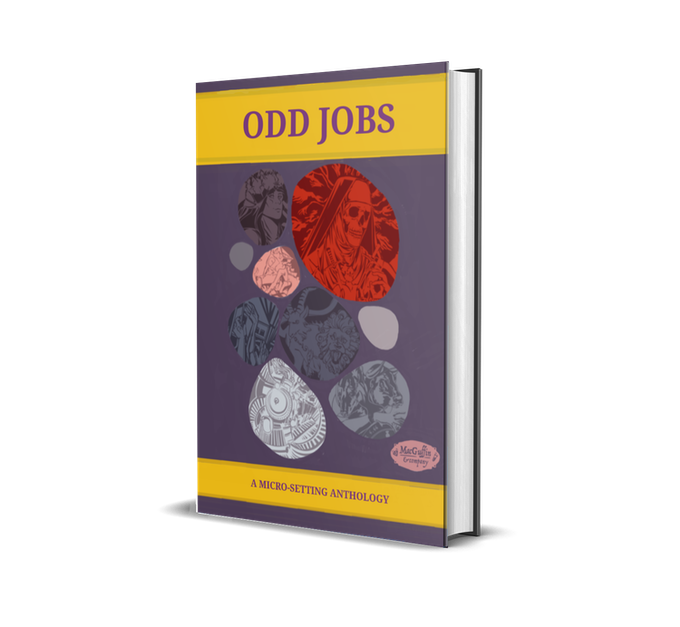 What’s the pledge to get a copy? £34 for a hardback copy

Where is it? Find new employment in these Odd Jobs

Boogeyman: The Board Game

This is a survival horror game that works as a solo game, cooperative game, AND a competitive game, all whilst playing as kids terrified of the Boogeyman. This comes from the creator of Tales of Evil, (and you can read our review of it here), and in it, you'll be finding items, facing events... but those become terrifying events in the dark, PLUS there's a psychopathic babysitter to worry about too, before even factoring in the Boogeyman... This is a game that looks like it has everything, so click below to check it out in all of its horrifying detail. 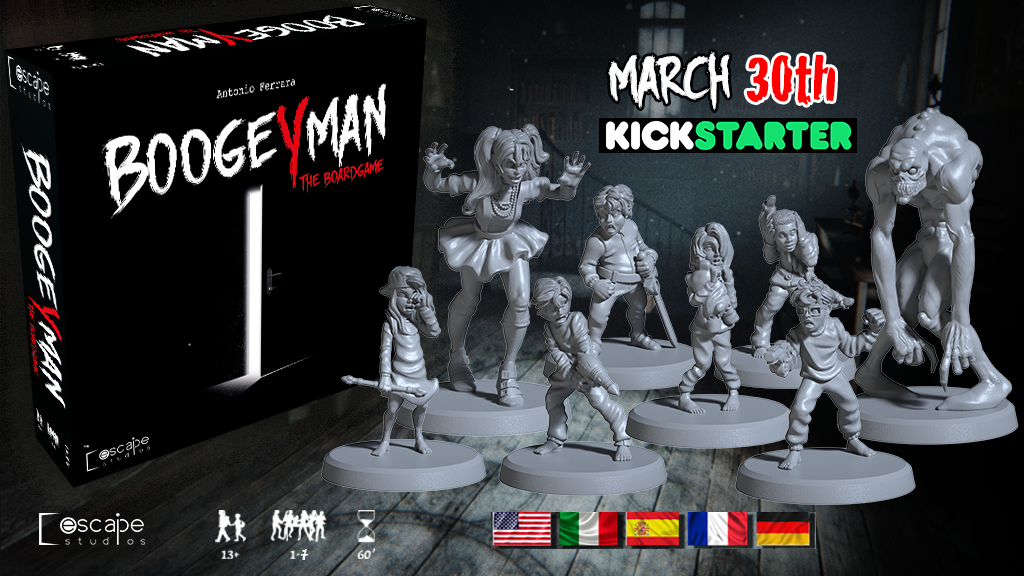 One day you're going about your life beneath the surface harvesting fear, and the next the humans are digging their way in! This is Scare Factory, from SupAR games, for 1-4 players. Plus, you can see a playthrough of the game from a video provided as part of the Tabletop Gaming Spring Showcase – check it out here!

Where is it? Get your scare on!

Crime, punishment and uncaring gods in a mile-high cursed city, says its subtitle, and that sums it up beautifully. It's a mile high city of betrayal and inequality, full of sabotage, insurrection, and assassination - and the art is beautiful. This is the second full length sourcebook for Spire, and focuses on three new areas, introducing also two new classes. 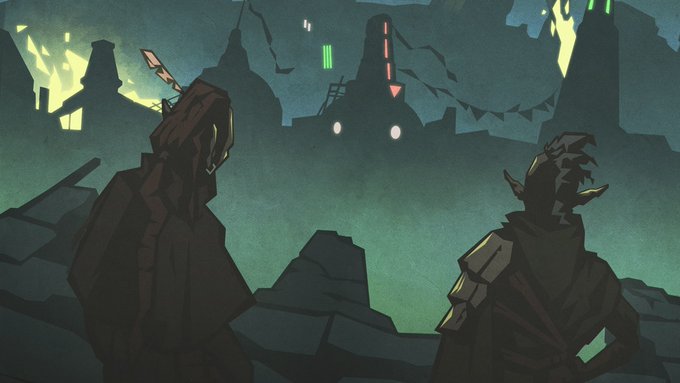 What’s the pledge to get a copy? £30 for a hardback copy

Where is it? Crime, order, and religion

Finally, we like to end on something gaming adjacent, and this is a simple but elegant spell slot tracker for RPG Games. These come in different colours and hold your dice to dictate what you have left to play with. 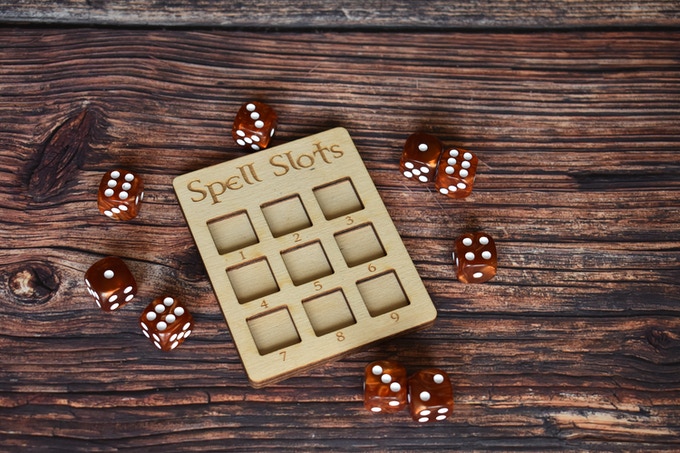 Where is it? Never lose track of your spells again