The second wave of Transformers Trading Card Game releases are coming soon, and we’ve got an exclusive peek under the hood of some of the new gameplay elements and cards in the set.

The Rise of the Combiners set’s standout showpieces are its combiner teams; massive mechs made up of multiple separate cards that unfold and combine to form a single enormous character, such as the mighty Predaking.

There are five different combiner teams of varying sizes in the upcoming expansion, though you’ll need to hunt through the game’s booster packs to find the cards required to bring them out on the battlefield.

While the combiners are Rise of the Combiners’ biggest feature, there are a number of smaller tweaks and additions to the TCG that look sure to change up the flow and outcome of battles.

Among them is the introduction of the new green battle icon, which adds a new category of card and play style to the existing white, orange and blue symbols.

When a card is flipped with a green battle icon during a match, the player who controls it can choose to scrap a card from their hand to return the green-icon card to their hand, instead of discarding it to the scrapyard like usual. 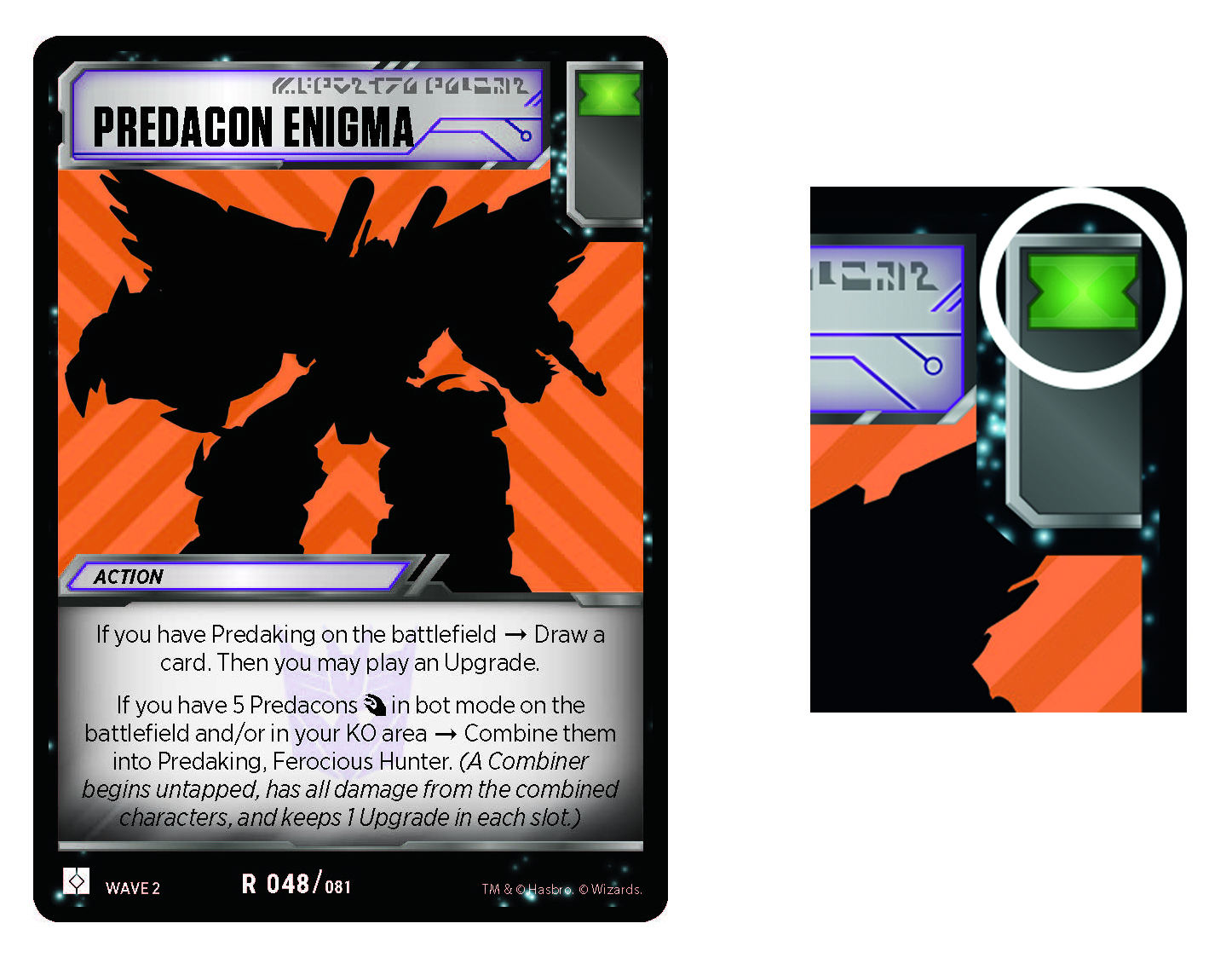 As well as giving players more control over their chances of drawing certain cards, the green battle icon plays into the new enigma cards used to transform groups of robots into their combined form and enable special new attacks and abilities. The green battle icon and its effect makes it more likely that players will draw the cards they need to unleash a combiner within a reasonable number of turns, rather than sifting slowly through their entire deck.

The green pip plays into two new archetypes of battle card for the Transformers TCG introduced in Rise of the Combiners: situational cards and ‘collect me’ cards.

Situational cards present diverse effects that are especially powerful when the battlefield is in a certain state, but are far weaker in other contexts. One example is Enemy Combat Analysis, which gives an upgraded character extra attack and defence when battling an enemy with exactly the same star rating as it, but otherwise does nothing.

‘Collect me’ cards, meanwhile, open up the potential for combos that ramp up in power as more of the same card are played. Focus Fire, for instance, gives a character the Bold 1 trait (allowing them to flip an extra card while attacking) for each of the card played that turn, and lets the player play another copy of the card immediately after, letting them quickly buff a character to an formidable strength. 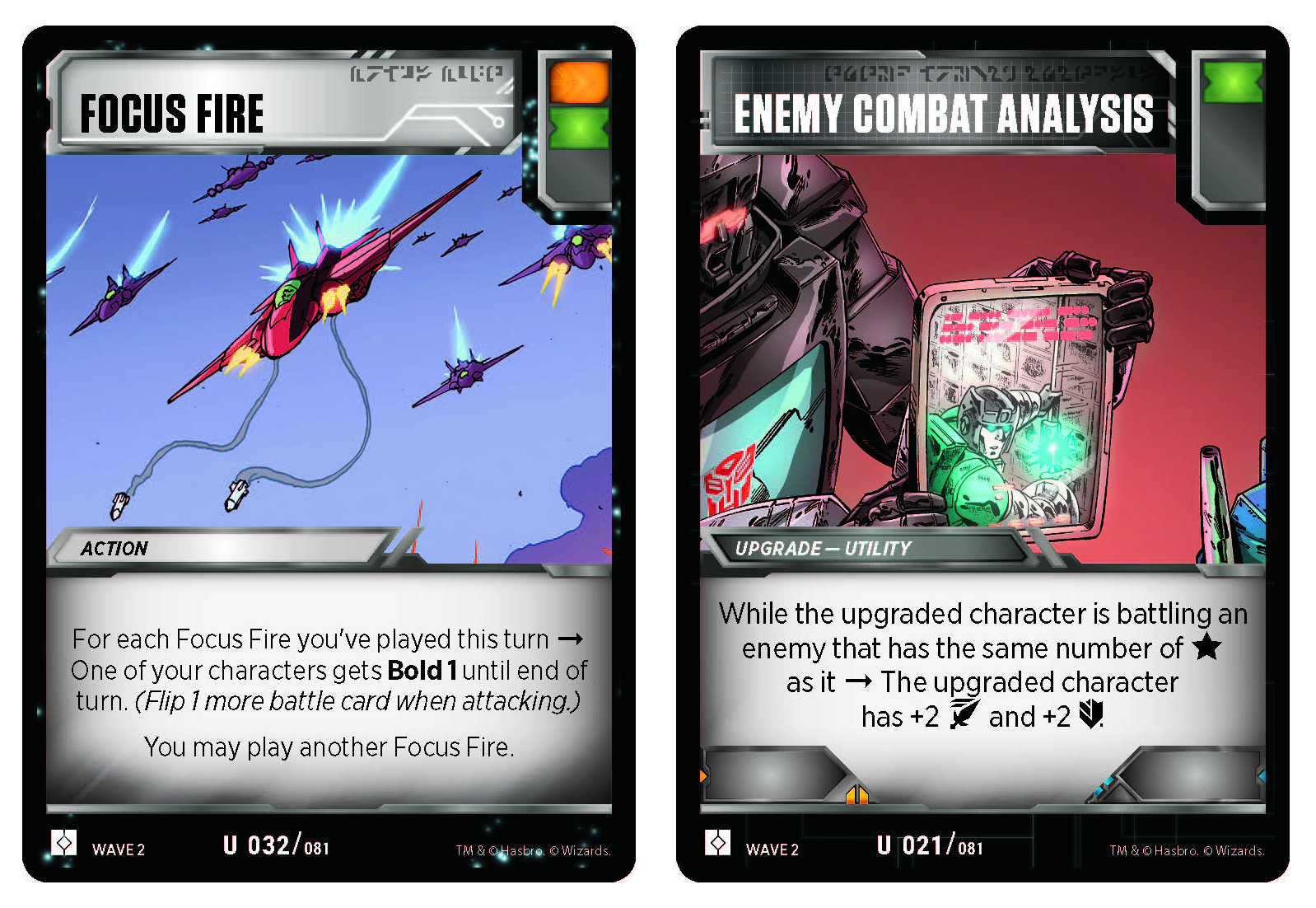 Rise of the Combiners will be out for the Transformers Trading Card Game on March 1st, with the whole set adding 46 character cards and 81 battle cards in total, including the new combiner teams.