Do they take the Eurostar or…?

Today, Days of Wonder, who are known for the popular game Ticket to Ride, announce a new, quick version to play called Ticket to Ride: Amsterdam

In this game, you’ll be playing in the 17th century, amid the Dutch Golden age. Amsterdam was “the beating heart of the global trade, and the wealthiest city on earth”, and goods shipped to Amsterdam are piling up in areas around the city. As a result, you’ll be playing against one another in a race to claim the best routes, complete trading contracts, and collect merchandise.

It’s advised to be a simpler game – which can be learned in three minutes - than its original Ticket to Ride. It’s also a much smaller box, making it easier to take with you after the end of Lockdown. It’s a standalone game, so you won’t need to have or be familiar with Ticket to Ride in order to play it, is for 2-4 players, and can be played in 10 to fifteen minutes.

Potentially then, this may be a great way to share the game with those who haven’t played it before, as a smaller and quicker game to do so with.

For those who are familiar with Ticket to Ride, this joins the family of related games, including USA, Europe, the United Kingdom, Nordic, Germany, Rails and Sails, and more. 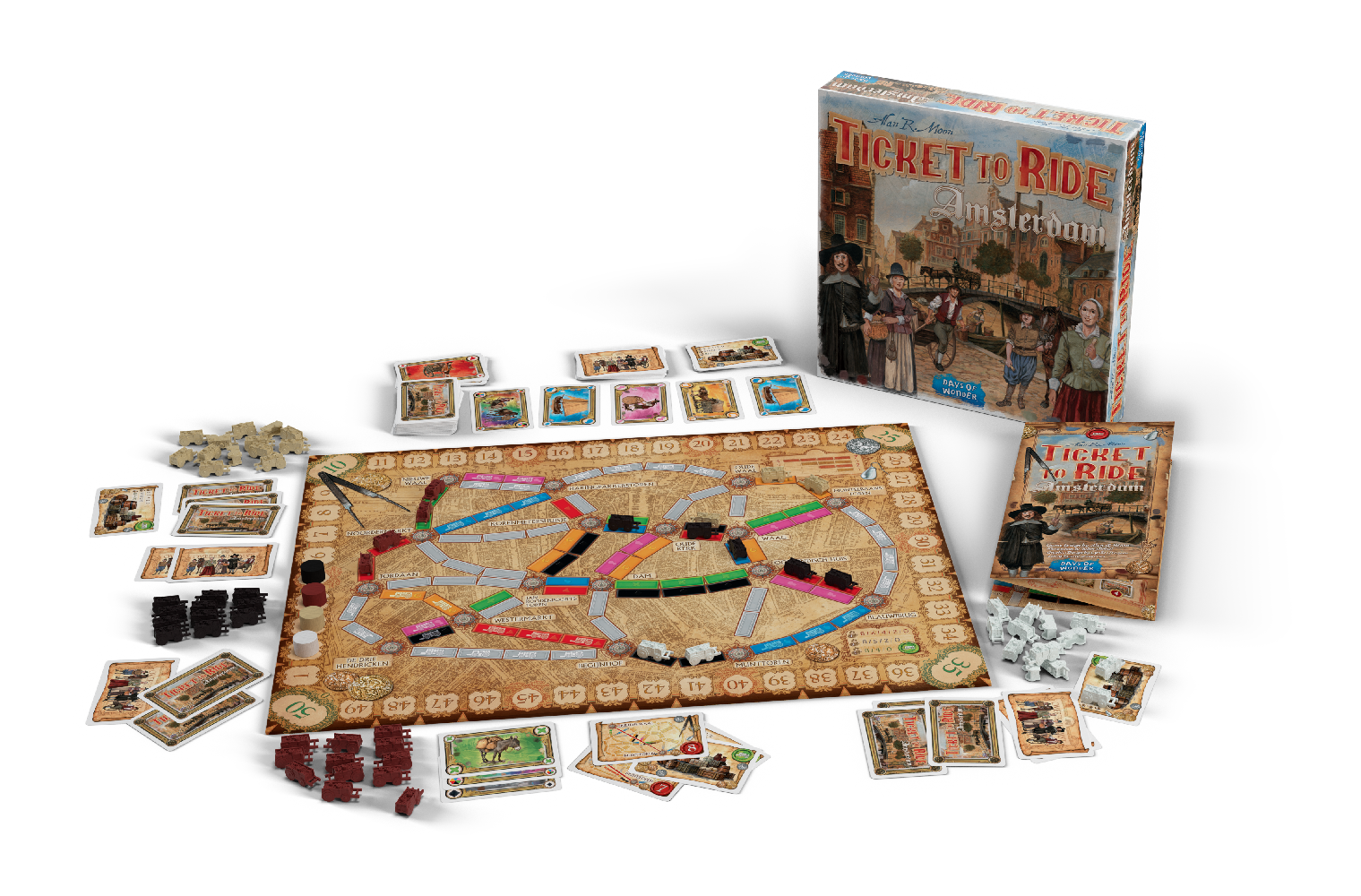 Ticket to Ride: Amsterdam will include in its box a board map, as well as 1 board map, 64 plastic Carts, 44 Transportation cards, 24 Contract cards, 16 Merchandise Bonus cards, 4 Scoring Markers and of course, the rules.

The release date for Europe sits as July of this year, so there’s not long to wait. Price-wise, it’s suggested $20/€20, which gives us an idea, if not a confirmation, of the likely cost in sterling. You can keep an eye out for updates and join in with the forum over on the Days of Wonder site.