The Pacific conflict gets a 2GM Tactics outing War, what is it good for? At very least, it’s a much loved subject for tabletop games. With that, the popular 2GM Tactics game is getting a Pacific conflict expansion.

The new game follows the conflict in the Pacific Ocean theatre between the Americans and Japanese during World War 2.

The game can be played as an expansion to the already existing 2GM Tactics game or as a standalone experience.

The game has been completely redesigned with updated rulebooks, game board, cards, dice and tokens. Here’s a little look at some of the cards: 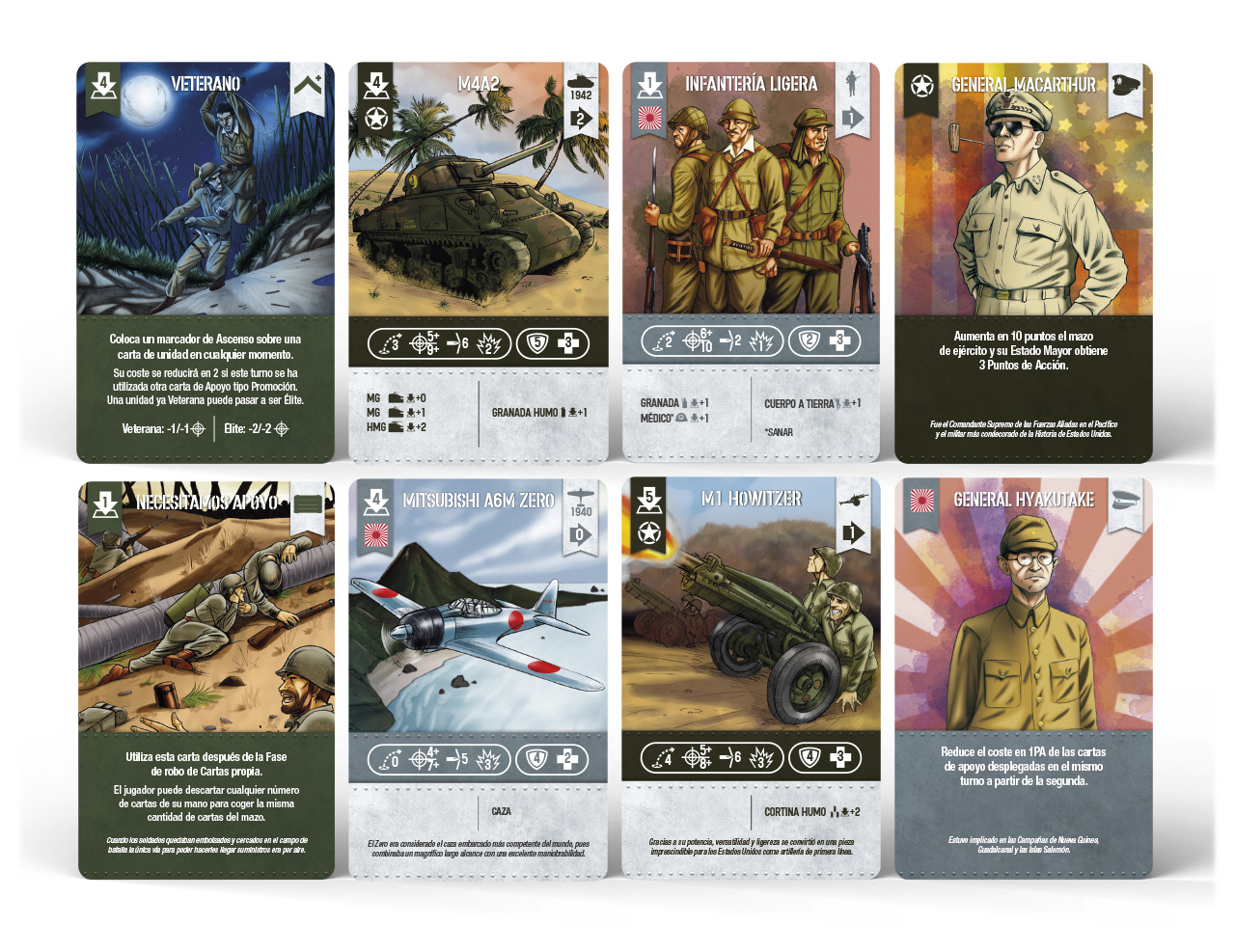 The game includes 15 historical scenarios and an improved solo mode. The expansion has seen many improvements which were mostly community driven. Changes include an advanced rulebook with extra game modes.

Aside from new fan-driven content there is an additional card type being added to the game: Hero Cards. These new cards work as inspirational hero units fighting side-by-side with others on the battlefield, providing bonuses to units around them.