The Emerald Flame to Come to Kickstarter May 27th The world of Kickstarter brings us some fantastic games, and a new announcement from PostCurious for its next Kickstarter has us… well… curious.

PostCurious, created by Rita Orlov, gave us Tale of the Ord, a limited edition immersive puzzle adventure, and of similar irk has announced The Emerald Flame, due to launch on Kickstarter on May 27th 2020.

The Emerald Flame is described as a narrative tabletop puzzle game with hand-drawn illustrations and unique artefacts, suitable for fans of tabletop games, escape rooms, and unique narrative experiences.

Within The Emerald Flame, you’ll have been commissioned by a mysterious organisation to embark on a quest to piece together a recipe for a transformative elixir. You’ll be a historical expert, meeting to interpret alchemical diagrams, deciphering messages, and manipulating objects.

This is told over three episodes, with puzzles of varying difficulty, taking around 2-3 hours for each chapter. It’s suitable for 1-4 players, though 3 is considered “the sweet spot”.  The Emerald Flame will be $74 to purchase, and available for worldwide shipping (cost to be added dependent on location of course), with an anticipated release in Summer 2021. 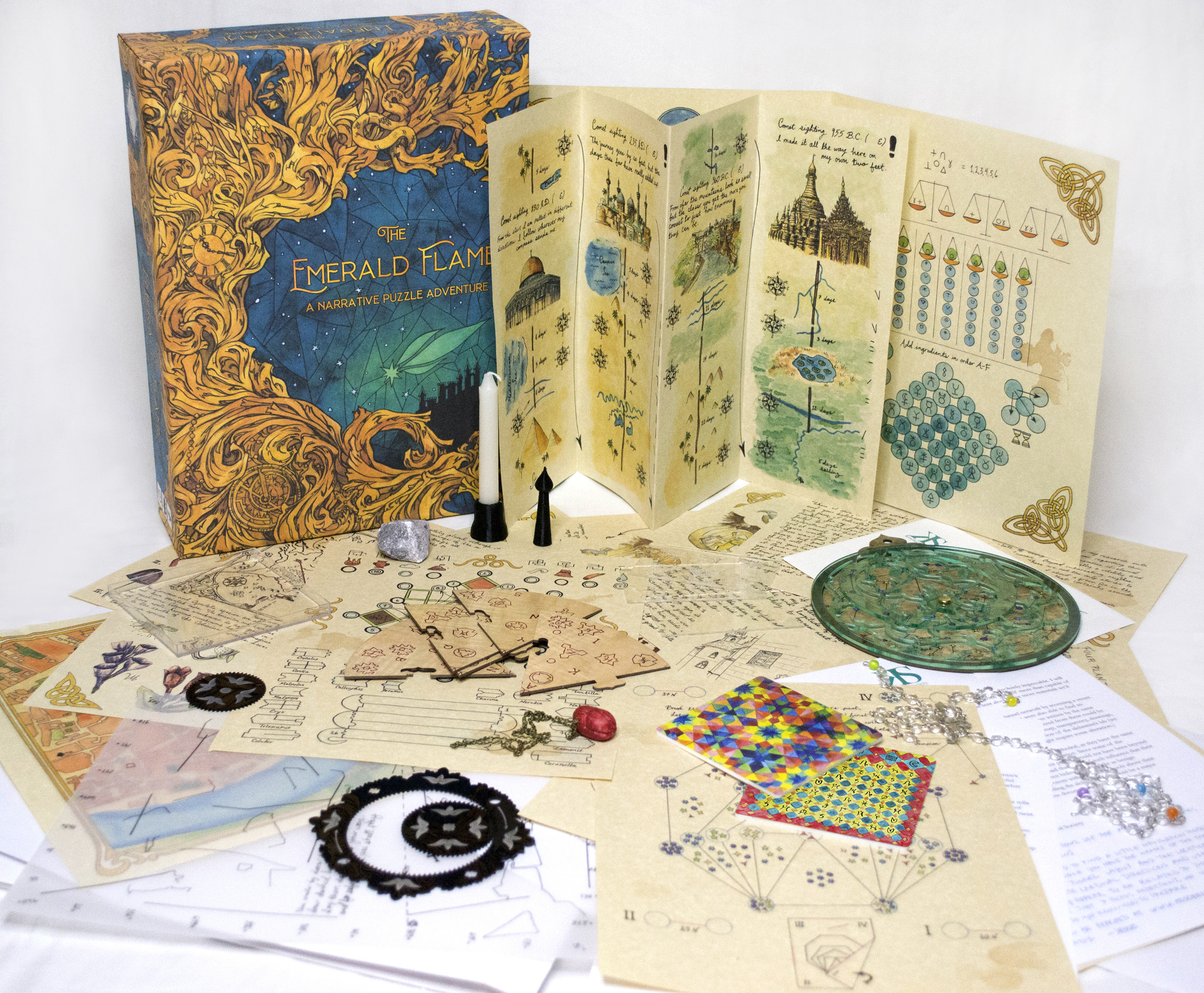 Interestingly, when asked if there is anything extra needed to play The Emerald Flame, the answer was an “internet-connected device, a pencil, ruler, scissors, and a way to light a fire”. Well, to be fair it is in the name.

If you don’t want to wait that long, there are some online and promotional puzzles available over on its site in the PostCurious Archive. You’ll need to sign up to receive a password for access, but it’ll give you a taster of puzzles for the game!

You can set up to be notified on launch over on its Kickstarter, which will go live May 27th 2020 and be active for 30 days.