Skyrim Based Board Game Gets A Release Date Exciting news, as Modiphius updates its Gamefound page to give us more specifics on the upcoming Elder Scrolls Game.

We've been aware of the upcoming Skyrim game from Modiphius for some months, with detailed Designer Diaries being posted with some frequency offering detail on topics from how free will works in the game, to how the game begins, as well as additional component options. Its release has always been less specific, however, a factor that has now been addressed.

The newest update confirms that The Elder Scrolls Skyrim Adventure Game will launch on Gamefound on Tuesday 2nd November, and will cost £68 for the core box. Other versions will be available – a deluxe version (confirmed to include minis), and a gameplay version, though details of this won't be released until the next update. The page also demonstrates how parts of the Gamefound page will look, enabling us to see how the game sets out upon the tabletop, as well as 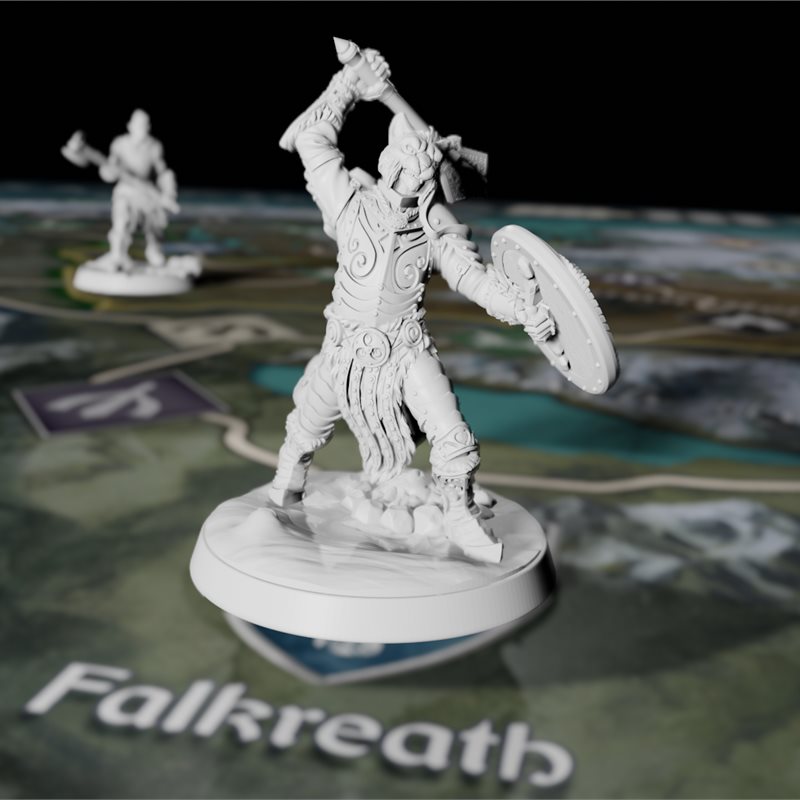 You can play as a cooperative or solo adventure game, inviting you to select your hero, travel across the Holds, attempt evolving narrative quests, fight foes and upgrade your character.

"In the background we've been doing tweaks to card designs, the board layout, improving legibility of icons etc, approving sample miniatures, filming gameplay and preparing all the graphics for launch.", the page states, confirming a team based Tabletop Simulator playthrough to come.

You can read the update in full here.