Gamers unite to raise money for the people of Ukraine, across tabletop and digital, in a $10 bundle split between two charities.

We've seen before where itch.io, a digital download platform favoured by TTRPG creators, have hosted bundles that raise money for specific causes, including Black Lives Matter, as well as most recently the bundle raising money for trans rights in Texas, however this may be the biggest we've seen. Almagamating content across the wealth of itch.io, comes a $10 bundle raising money for Ukraine, containing almost 1,000 works at a value of $9,600.

"The people of Ukraine are under attack. As game developers we want to create new worlds, not to destroy the one we have. That's why we've banded together to present this charity bundle to help Ukrainians survive this ordeal and thrive after the war ends" reads its description, going on to say it resonated with creators to become the bundle that it is. Costing just $10, and made up of 700 creators (with 600 products having never been in a bundle before), it's a strong sign of gaming for good. 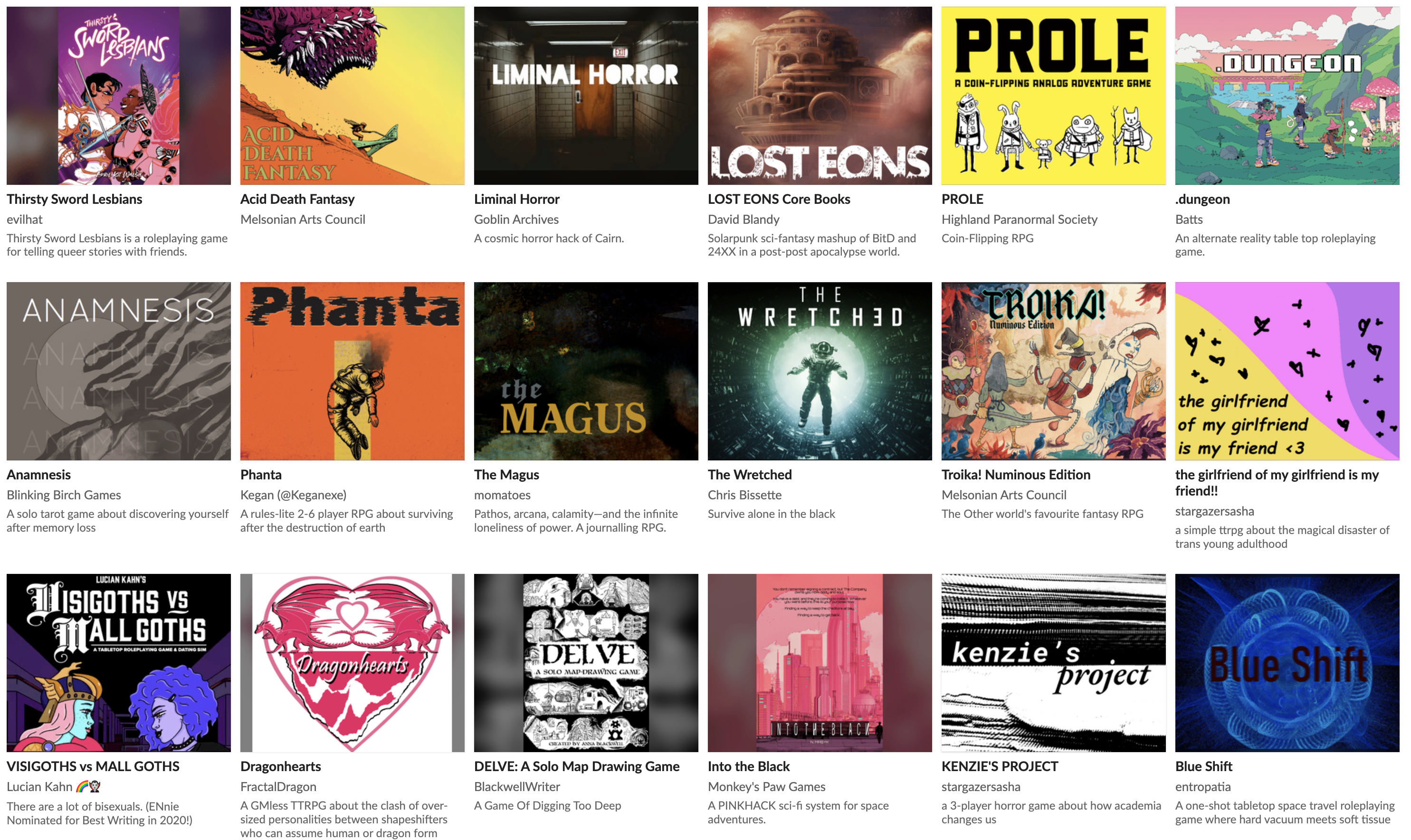 Funds raised from the bundle will be split between the International Medical Corp, and Voices of Children. The former provides medical assistance, but uses only 1% of its funding for additional fundraising, meaning 89% of donations go to medical aid, and 10% to administration. The latter is a Ukrainian organisation that primarily helps children deal with what they have witnessed in war and trying to aid them to retain a childhood, whilst also setting up impromptu shelters and more.

Though the bundle is $10, an encouragement is made to donate further if able, and at time of writing, over $3,400,000 has been raised.

The bundle itself consists of over 300 TTRPGs, including the likes of Troika, Delve, Thirsty Sword Lesbians, Parselings, The Wretched, and a ton more. You can find the full bundle, which includes both tabletop and digital games, over on itch.io.