PWork are getting medieval with new ruined village terrain PWork are getting medieval with new ruined village terrain

Whatever terrible fate befell the village of ynsert-name-hyere, now only these silent ruins remain to tell the tale…

Suitable for historical or fantasy wargaming, Pwork has released a new set of damaged medieval houses. The ‘Lost Burg’ series are a set of two different buildings. The first one consists of a number of corner sections and the frontage of one or several ruined medieval house, whilst the second is a tower structure surrounded by damaged walls. Both sets are in MDF. Both sets are generic enough to be used in a variety of settings, but have enough detail in their design to provide a distinct aesthetic. In addition to the buildings themselves, each kit also comes with various pieces of rubble and collapsed timbers, in addition to a few ladders. Rocking in at €30 apiece, each piece of scenery is suited principally for 28mm-32mm scale wargames or skirmish games, though from the looks of it you could probably get away with 25mm at a pinch.

PWork Wargmes is an Italy-based company run by a team of four. Created in 2016, it specialises in gaming mats and MDF terrain for fantasy, sci-fi and historical wargaming. It also sells downloadble RPG terrain tiles. 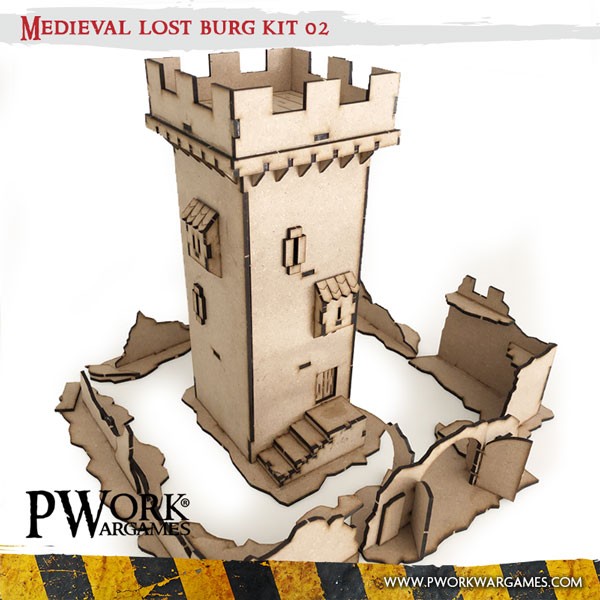 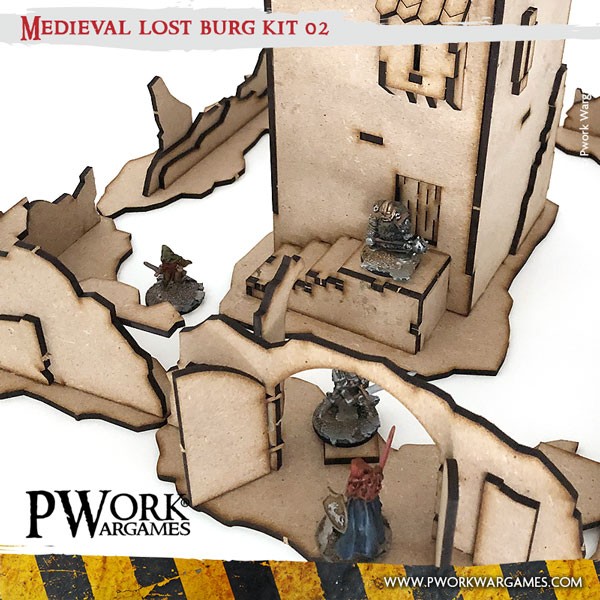 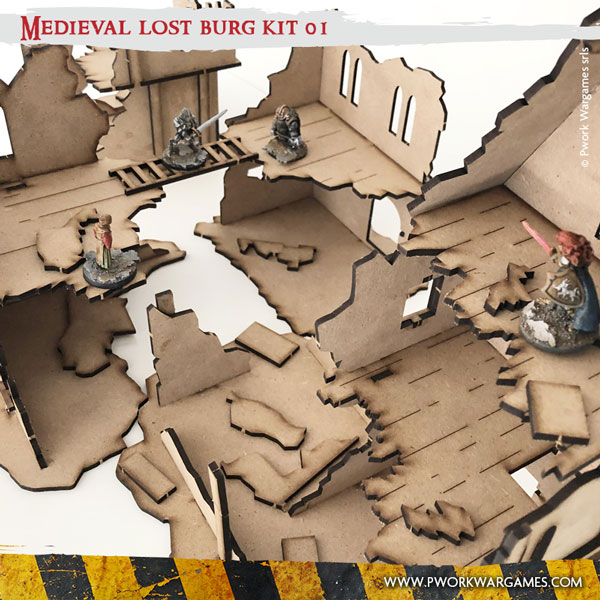 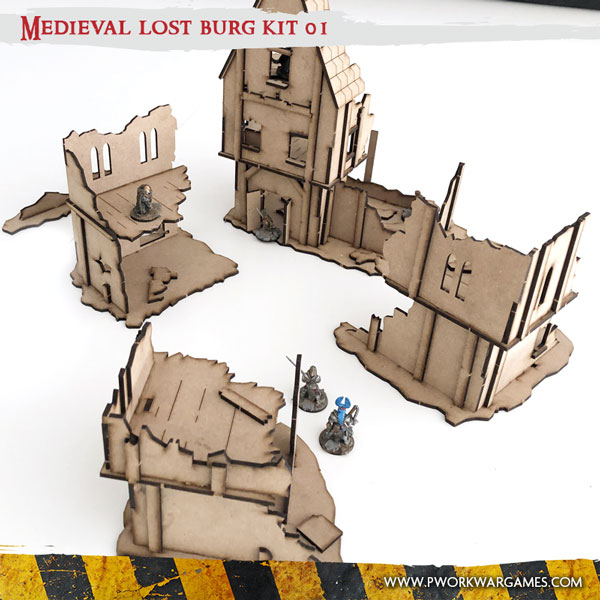