April 1st has been and gone, bringing with it the usual slew of attempts to pull one over on you as part of April Fools' Day.

But among the naff and predictable gags, there were a number of genuinely impressive and almost-but-not-quite-convincing board game goofs that had us wishing that at least a few of them were more real than they are. And in the case of a few, they were more real than you might expect!

If you spotted something we missed, let us know via social media – you can find us on Twitter and Facebook.

Without further ado, here is a handful of the best April Fools' Day gags, goofs, jokes and pranks from 2019... 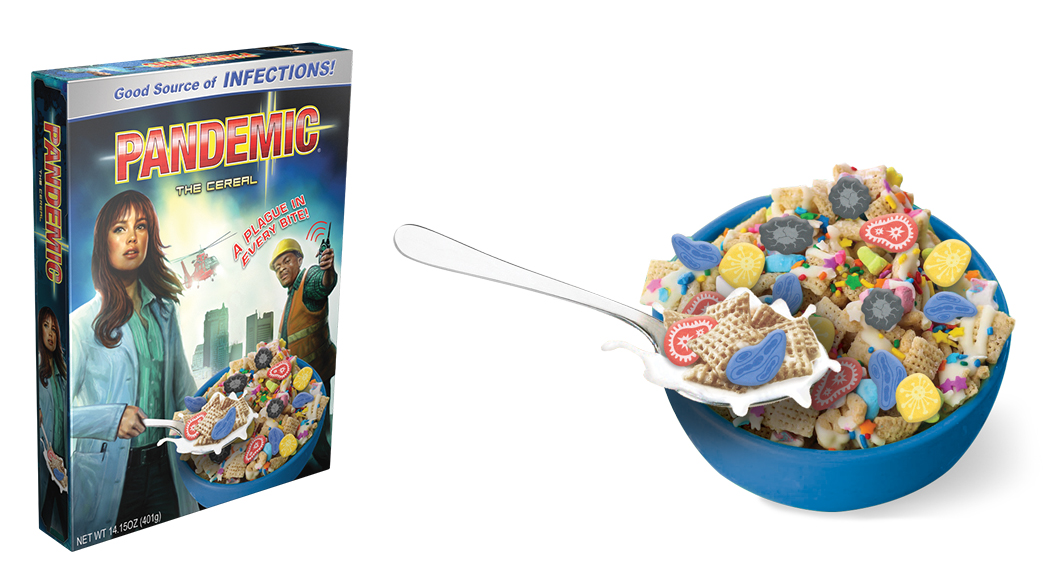 Forget the fact that they’re meant to represent world-ravaging diseases and Pandemic’s colourful cubes wouldn’t look out of place next to the bright art style of Coco Pops, Rice Krispies and other breakfast cereals.

It was just a little disappointing to consider that Z-Man’s 2019 April Fools’ Day prank for Pandemic: The Cereal will probably never become a real thing, then. Actually, given that the box promises “A plague in every bite” and a “Good source of infections” alongside 12 vitamis and minerals, maybe that’s not such a bad thing.

Particularly funny are the small details included, which mention Pandemic: The Cereal as being suitable for one player aged eight and up, who apparently would take 20 minutes to finish a bowl. Though, given how infectious the cereal must be, we’d imagine that you might just eat the rest of the box, too.

Tagline: “The first step to stopping a global pandemic is a healthy breakfast.” 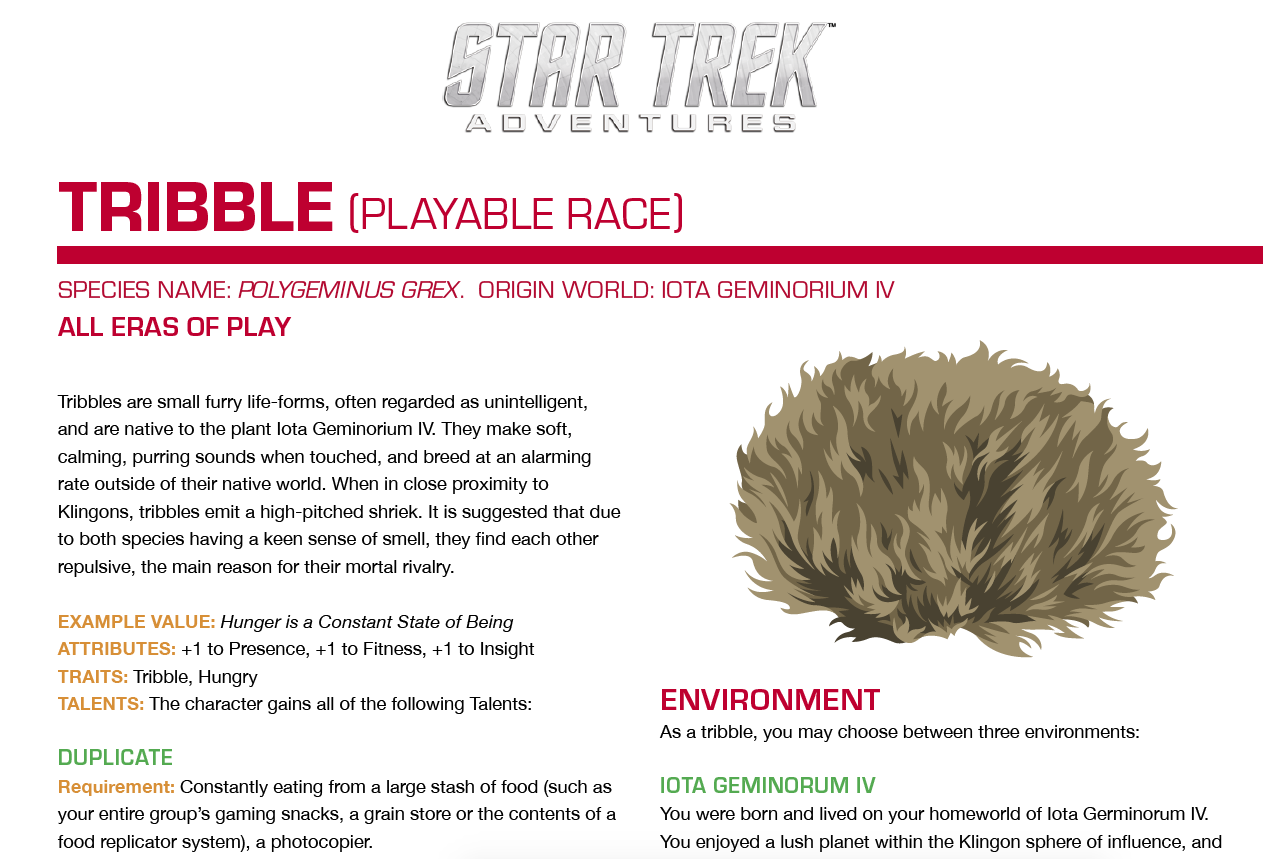 A classic April Fool’s joke-but-not-actually-a-joke, the makers of Trekkie RPG Star Trek Adventures decided to turn the sci-fi series’ Tribbles, best known as the sentient furry balls from The Original Series episode The Trouble with Tribbles, into a playable character species.

The PDF supplement – which you can download for free – provides the option to control a Tribble character, with full stats, abilities and more provided.

If that wasn’t enough, the player guide expansion includes details on how to create Borg Tribble NPCs for your furry explorers to encounter. 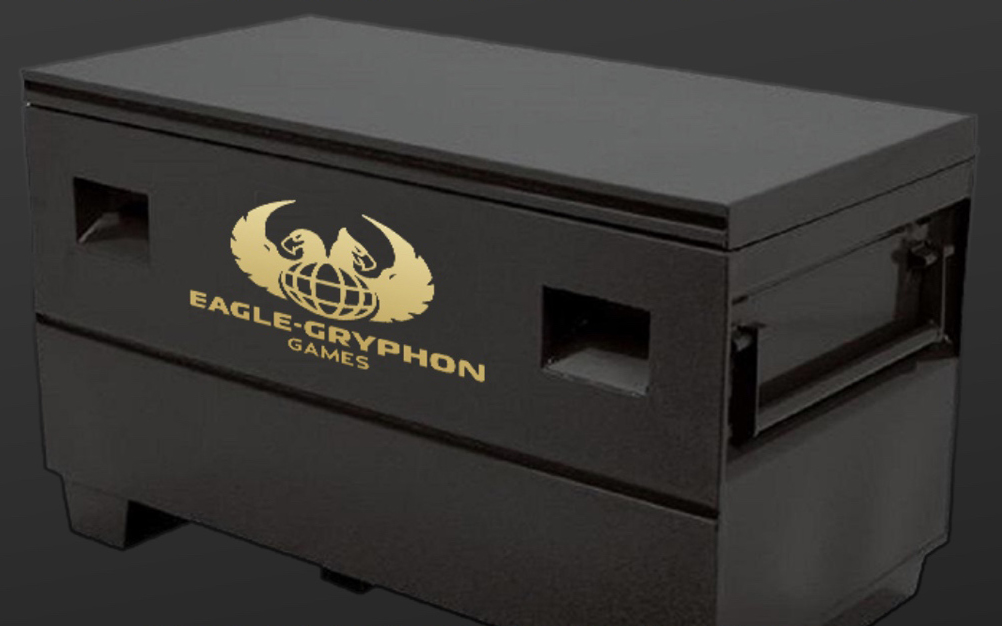 As posted to Imgur by a BoardGameGeek user, publisher Eagle-Gryphon Games ‘announced’ a one-of-a-kind storage solution for one of its most acclaimed designers of hefty board games, Vital Lacerda.

The Vital Lacerda Big Box is designed to hold all of the Vinhos, Escape Plan and On Mars creator’s games released by the publisher. To safely store the dense boxes of cardboard, the container is made out of 16-gauge steel and weighs 30kg – so not that much more than some of Lacerda’s games.

Other features you can expect in the definitely-not-happening product include side handles, recessed spaces for padlocks and a self-enclosed hinge system so no-one can get into your collection if you don’t want them to.

Lacerda got in on the gag by announcing that the Big Box would come with an exclusive campaign mode that would tie all of his games together, letting players flee a bank heist, use their ill-gotten gains to open a wine-producing vineyard and invest in an art gallery, before eventually settling on the Red Planet. Honestly, we’re still holding out hope. 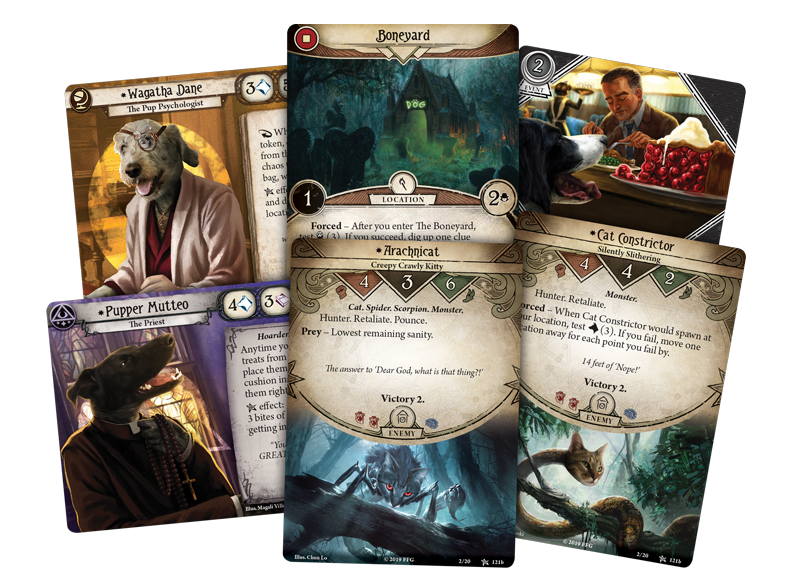 H.P. Lovecraft may have been an avid fan of cats, but Fantasy Flight decided that the perfect animal to bring to its Arkham Horror living card game would be dogs. A lot of dogs.

Barkham Horror: The Card Game’s Dogwich Legacy expansion remakes the game of horror investigation and survival with canines in the place of its investigators and cats playing the role of cosmic beings from beyond the stars. So, cats.

It’s an impressively convincing prank, with several character, location and enemy cards shown off, featuring brand new artwork and a lot of hidden jokes. There’s Wagatha Dane, the pup psychologist, for example, working with Tummy-rubs Muldoon, the rookie pup. They’ll venture into the creepy boneyard, where all the tombstones looks like – you guessed it. Meanwhile, the spiderlike Arachnicat and horrifying Cat Constrictor (“14 feet of ‘Nope!’”) provide nightmares that will last until next year’s April 1st.

Like every Arkham (sorry, Barkham) Horror expansion, the set also promises new scenarios. In Hisses in the Dark, it’s a case of the ultimate terror: all of the city’s tennis balls are missing. Claws of Evil, meanwhile, sees good boys and girls facing off against the evil Order of Dead Rodents on the Doorstep.

Good news, though, because Barkham Horror: The Card Game does have a confirmed release date! We’ll be the first in line on April 1st, 3019.