A diseased, shambling warband of monstrosities are lurching forward to spread death and misery. Clearly, these foul beings worship Nergal, the ancient Mesopotamian god of war and pestilence, and who should certainly not to be confused with any other entropic deities hailing from a popular wargaming IP.

The miniatures - currently on Kickstarter - are being created by Fenris games. Now funded and unlocking stretch goals, the miniatures are 28mm in scale and will be produced in white metal. The warband consists of a variety of gruesome warriors, including plague dwarves (sorry, Gimli), a human plague warrior, a plague-bearing demon (if you catch my drift), a priestess, an axe wielding goat… thing, a seer and a chaos beast (that’s chaos with a little ‘c’ of course – wink wink, nudge nudge). 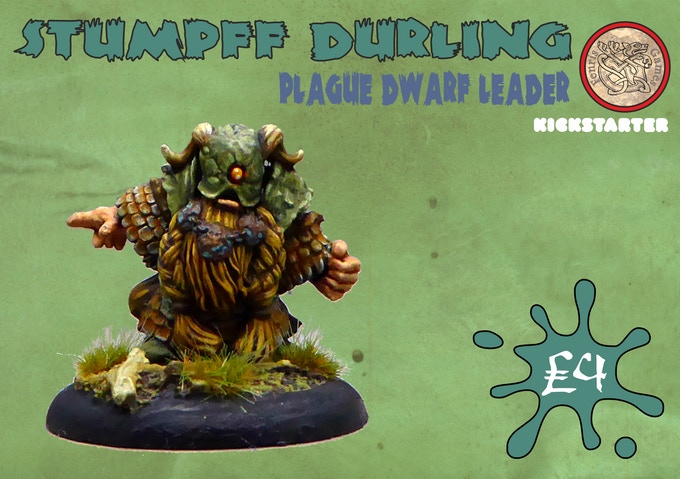 The lineup includes some non-plague types; a few trolls and a couple of dwarves on the hunt for the diseased warband (including one sporting an absolutely fabulous haircut). 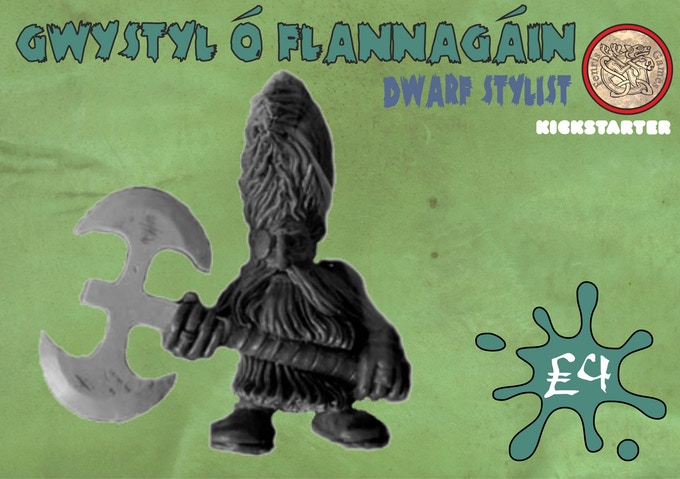 At the time of writing a number of stretch goals have been unlocked. One is Septus Caemia, a Roman Legionnary type who’s clearly seen better, non-undead days. Then there are some rats, coming in three varieties; psychic rats, straight up big-ass rats, and equally big-ass rats that are also part werewolf and guaranteed to make any mammalian biologist regret their choice of career. 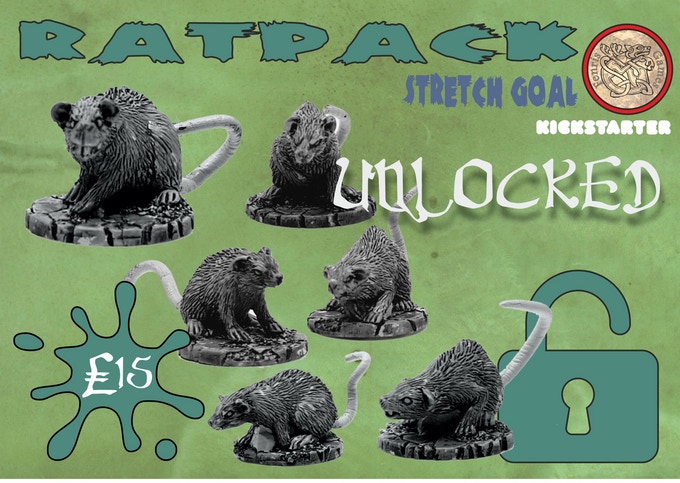 Other stretch goals include a spawn thing, a cauldron filled with all manner of foulness and, naturally, a spawn thing with a cauldron filled with all manner of foulness. Then there’s some suitably foul plague worms, a plague troll and – to round out the roster of fantasy creatures with ‘plague’ added as a prefix – a plague giant. Now we’re just missing some plague orcs, goblins and elves and the bingo card would be complete (and frankly, those elves have had too easy a time of it and deserve a bit of mutation). The current stretch goal is a ‘bandersntchii’, a two legged creature with a heck of a tongue on it (he says some pretty harsh things!)