This week, from 18th to 20th June 2020, is D&D Live 2020: Roll with Advantage, an annual event celebrating D&D, with a load of celebrities, live plays, and interactions throughout. It’s also an opportunity for D&D to share their new and upcoming projects, and so we’ve been treated to some news.

First up, we’ve got the brand new big D&D adventure called Icewind Dale: Rime of The Frostmaiden. There were some rumours based on some unverified leaks that this might be the case, but we’re pleased to see that it is. This will be all about isolation, winter, and secrecy. 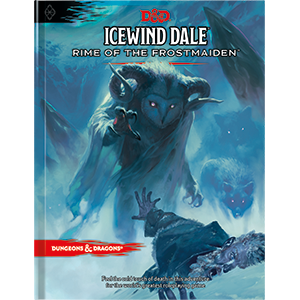 This can be a standalone campaign, or works just as well in smaller quests, much like was praised in the essentials kit. You can already find it on the D&D site, which refers you to pre-orders in places such as local game stores, Amazon, or bookstores to do so, for release on September 15th 2020, and the full RRP is £39.79. However, it is also releasing an alternative art cover with soft finish, which can only be found in game stores.

And of its topic: “Icewind Dale: Rime of the Frostmaiden is a tale of dark terror that revisits the forlorn, flickering candlelights of civilization known as Ten-Towns and sheds light on the many bone-chilling locations that surround these frontier settlements.”.

As a new campaign, there are of course other related items also released, including new dice and accessories, miniatures, and a platinum edition. 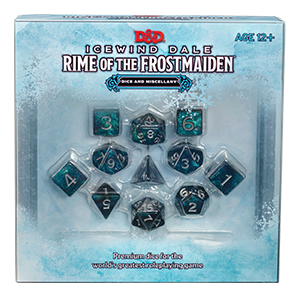 In addition to this, a perhaps more surprising announcement, was that of a cookbook. This will be the Official D&D Cookbook, named Heroes Feast, to be released on October 27th 2020 It’ll feature recipes for foods mentioned throughout the campaigns, such as “Bytopian Shepherd's Bread, Iron Rations, savoury Hand Pies, and Hogs in Bedrolls, as well as hearty vegetarian, meaty, and fish mains, such as Amphail Braised Beef, Hommlet Golden Brown Roasted Turkey, Drow Mushroom Steaks, and Moonshae Seafood Risotto. There are also featured desserts and cocktails—like Heartlands Roseapple & Blackberry Pie, Yawning Portal Biscuit, and Chultan Zombie—and everything in between, to satisfy a craving for any adventure.” 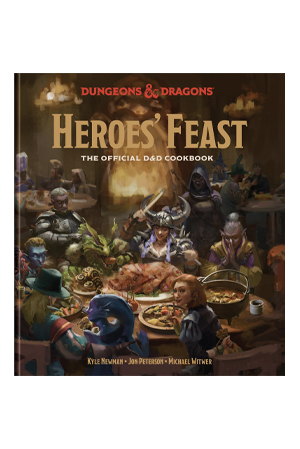 The event is still ongoing so we anticipate more news to come!