Spycon, the “con” here being the convention that you and your spy team have all attended. Of course, it being a spy convention means that everyone is in disguise (read: fancy dress), and the piece of information you want is held by someone else.

Much like Spyfall, Spycon is a social deduction game. Unlike Spyfall, you have a team on your side. In Spycon the spy describes the person they’re looking for and the two teams attempt to guess the identity of it. The spy can help their team by using the shared keyword. Of course, an inarticulate spy will probably still give the game away to the other team and compromise the target. 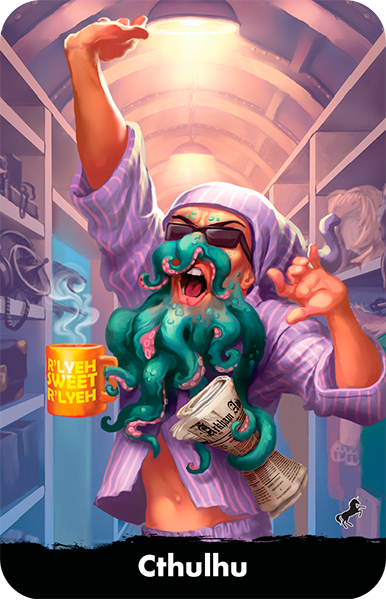 Each team also has a set of action cards, designed to give them an advantage when played. Naturally, these can only be played once per round. They include things like forcing a yes or no answer, providing extra guesses per round, or having the spy cross out a quarter of the characters on the sheet.

The game also uses a red carpet of effects that make make for shuffling and re-dealing of cards, keywords and characters. This is designed to make the game more challenging and varied as a team progresses along it with correct guesses.

The game, designed by Alexandr Ushan, claims to be for up to 10 people with games lasting around 30-45 minutes. Spycon is to be launched at Nuremberg Toy Fair at the end of January.