In what seems like forever ago (September 2018), when COVID-19 wasn't even a dot on the horizon, we reviewed The Tea Dragon Society Card Game. Based on a comic of the same name, using the same illustrations, we considered the game a "breath of much-needed fresh air", using clever tea connotations in the name and descriptions, and settling it comfortably on our shelves (and, should you wish, is available on Amazon). Of course, the full review provides much more detail, but it does give us room to be excited about the newest released game in the series: Autumn Harvest: A Tea Dragon Society Game. 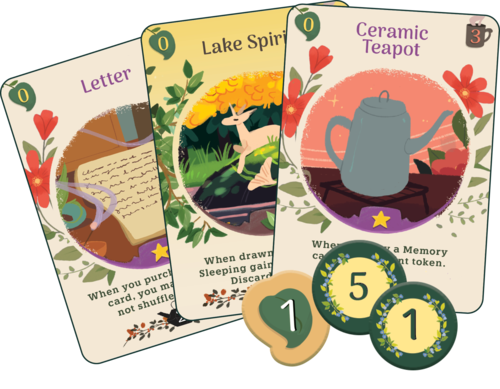 The game can be played as a standalone from the original, or the cards can be merged to allow up to five players now. There are some additional changes too, as clarified by the designer, which include tokens being added to the game, which offers new concepts around how you'll play, plus mentors now being a cardboard token instead of a card to make it easier not to shuffle into your deck. You'll benefit from four new dragons, which will be presumably as adorable as the original set, plus starting dragon cards for all eight existing dragons, including those in the original game, to allow players to make more informed decisions when building their decks. There are also bonus cards to replace a card in the original decks, so everyone can partake in the aforementioned tokens.

The game can be found over on Renegade Game Studios directly, or you can order more locally from your Friendly Local Game Stores. It will cost around £25, for ages 12+, taking around 60 minutes to play.