Miniature Wargames with Battlegames 402 On the Presses MWBG 402 will be coming your way soon! 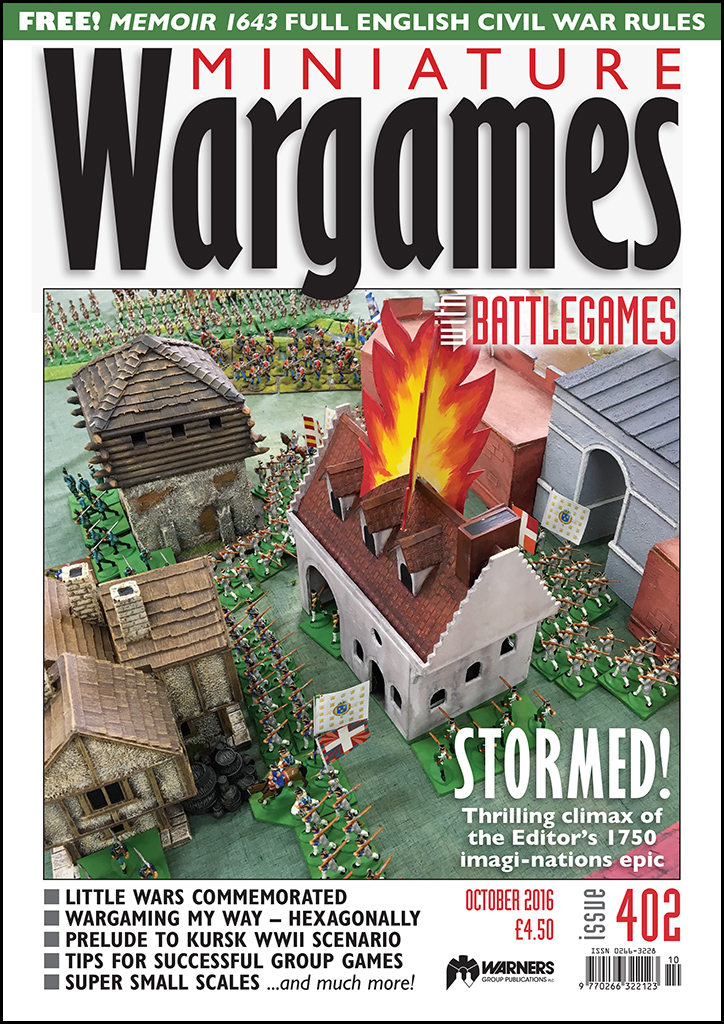 Issue 402 marks a major shift, the last of one era of the magazine and the prelude to a new future. Outgoing editor Henry Hyde has made sure that his last issue packs a punch, covering a broad range of topics as always.

Of course, we have our regular spots too:

Our front cover photo, by the Editor, was taken as fire took hold as Prunkland’s forces stormed the city of Contre Rivière in the climactic battle of the Grenouisse at Bay campaign described in these pages. The figures are mostly 30mm plastic Spencer Smiths of 1970s vintage, with a some Foundry.

Remember also to check out the “Downloads” section here.