Legend of the Five Rings: Curse of Honor by David Annandale is the first book from Aconyte Hot on the heels of our coverage in issue 37 of tabletop gaming, Aconyte has annoyed their first novelisation of a board game.

The novel, by David Annadale (most well know for his Warhammer 40,000 novels), is set in a the world of Legend of the Five Rings and see us return to Rokugan on the page. Here’s the blurb:

“Striking Dawn Castle defends the mountains between the Rokugan empire and the demon-haunted Shadowlands. When a mythical city is discovered in the forbidding peaks, Hida Haru, heir and sore disappointment to his family, seizes the opportunity to prove himself. His rash expedition ends in disaster – just one samurai returns alive, and Haru is lost. Before a power struggle can break out, Striking Dawn’s battle-hardened commander, Ochiba, is dispatched to rescue Haru. She succeeds against supernatural horrors, but Haru is… changed. Now, mysterious deaths and ill fortune plague his family. Something evil is loose and must be stopped, at any cost.”

The novel’s main pull is the central theme from which the title is taken. Honour forces people to forego their real desires and forsake family family and friends for this social construct. This, in a world where some demons might turn up shortly, leaves our characters unable to spot the danger so obviously in front of them.

Expect political intrigue, murder (and associated mysteries), family saga and quite a bit of fighting. Here's the cover: 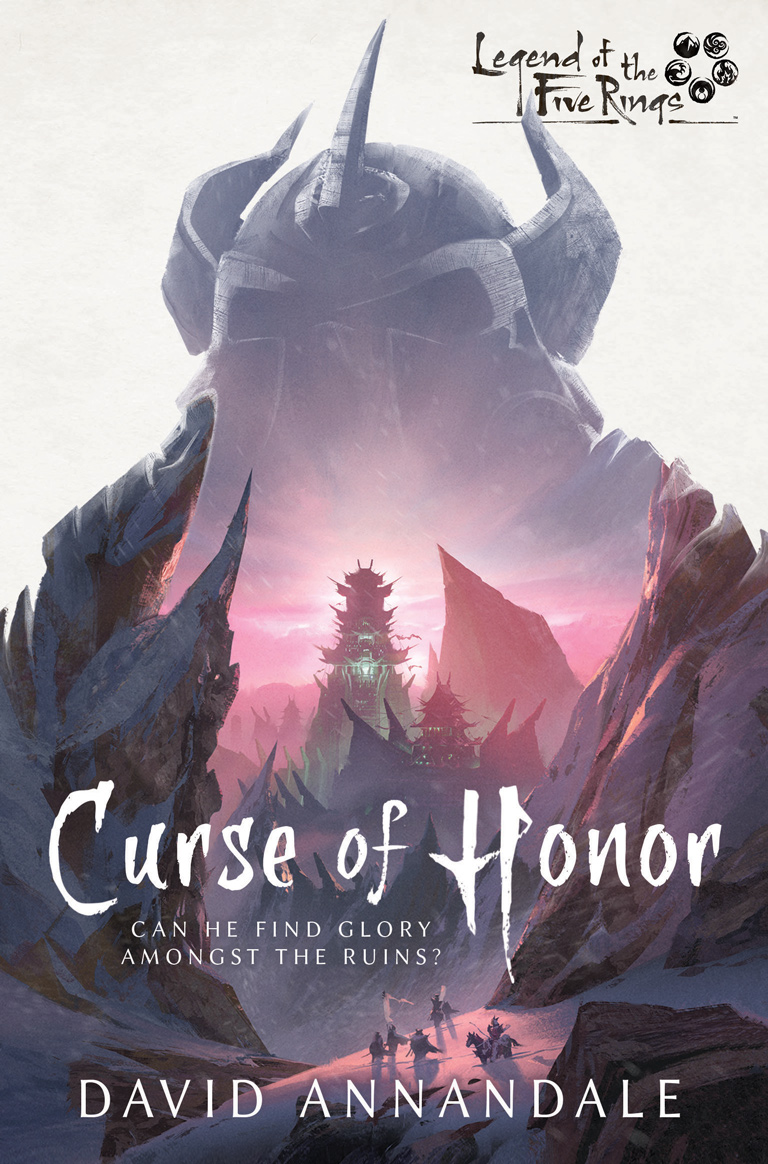 Read an interview with Annadale over on the Aconyte Books blog.