Largest ever wargame uses over 22,000 miniatures to recreate Waterloo Largest ever wargame uses over 22,000 miniatures to recreate Waterloo

Up, Guards, and at them again

The world’s largest ever historical wargame took place over the weekend as hobbyists and military veterans took to the tabletop at the University of Glasgow.

A team of 120 players from around the world – including Singapore, America and Australia – met in an epic clash to recreate the Battle of Waterloo as part of The Great Game: Waterloo Replayed. They did so on an enormous 192-meter square board, using over 22,000 painted 28mm miniatures – 22,435 to be precise.

The re-match of the battle, which marked the final defeat of Napoleon Bonaparte at the hands of the Allies under the Duke of Wellington, was in aid of Waterloo Uncovered, a military veterans charity engaged in archeological research on the famous conflict.

The figures used in the battle were painted over the course of a year by wargaming enthusiasts, veterans’ groups, students and members of the public, a mammoth undertaking that took an estimated 50,000 hours of brushwork to pull off.

As in real life, the Allied-led forces narrowly emerged as the victors, although as in reality it was also (in Wellington’s words) ‘A damn close-run thing!’

Professor Tony Pollard, the University’s Professor of Conflict History and Archaeology, said: “We hoped that the Great Game would capture the public’s imagination and help to raise the profile of Waterloo Uncovered. We have been absolutely astonished at the reaction to this and delighted to welcome so many players and spectators to the University of Glasgow. I want to thank everyone involved for helping to make it such a massive success.”

Meanwhile, Professor Sir Anton Muscatelli, Principal and Vice-Chancellor of the University of Glasgow, who played Napoleon in the Great Game and helped lead the French Great Game forces, said: “I thoroughly enjoyed taking part in the Great Game although a bit disappointed my side didn’t win. It was a very close-run thing and I think shows how history could have been so different if different choices had been made in the 1815 Battle of Waterloo.” 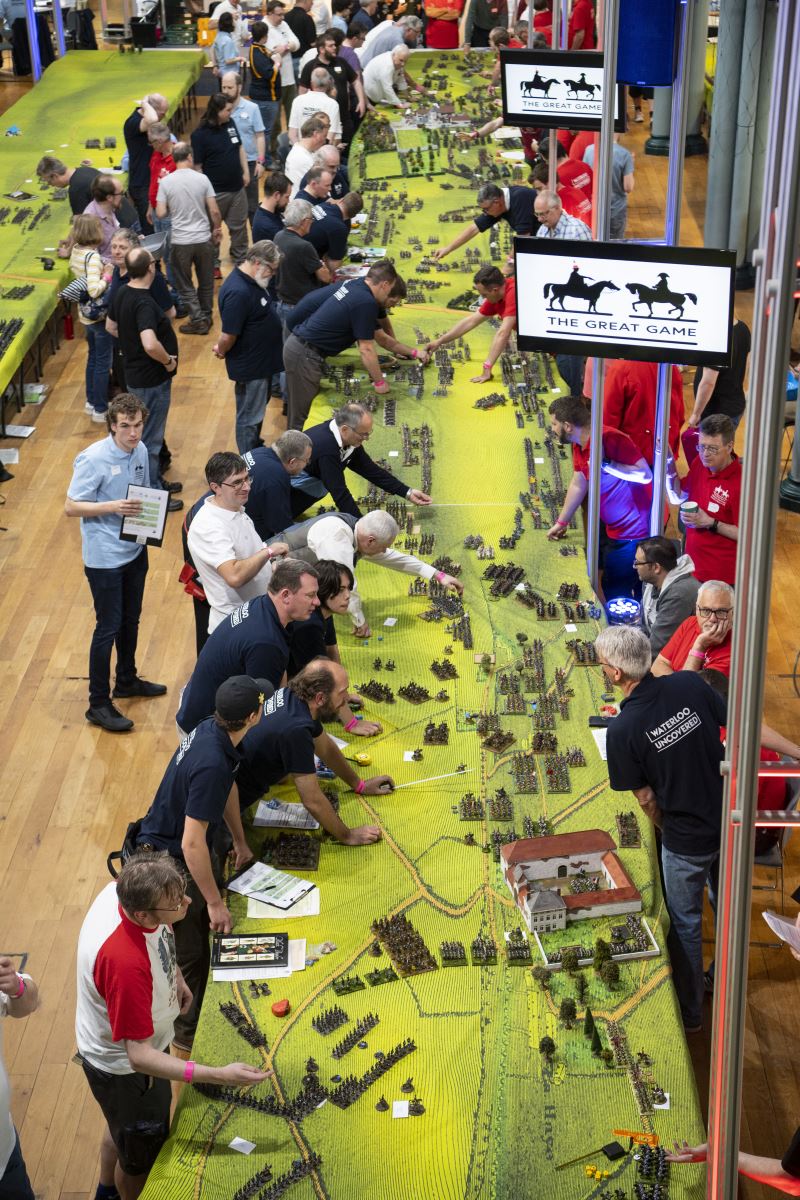 The Great Game: Waterloo Replayed used a 192-meter square board to recreate the famous engagement