We're going back to the Shire, as The Hobbit: An Unexpected Party is announced My precious board game…

Yesterday we brought you scenarios from the battles that waged in Middle-Earth before it became the shire as we know it, and today we bring you almost the exact opposite, in a mischievous game in the same world; as The Hobbit: An Unexpected Party is announced.

The game is brought to us by Weta Workshop, who you may recognise as the creators of District 9: The Boardgame, or GKR: Heavy Hitters, but The Hobbit: An Unexpected Party features artwork from senior concept designer Daniel Falconer.  Falconer worked on the original Hobbit films, as well as Lord of the Rings. You may recognise him from Weta Workshop’s books The Hobbit Chronicles, and Middle-earth: From Script to Screen, so it’s fair to say he knows his stuff where Middle-earth art is concerned. This lends a nice authenticity to the game.

The Hobbit: An Unexpected Party is set in the opening scene of The Hobbit: An Unexpected Journey, where thirteen Dwarves arrived unannounced. You’ll play as the uninvited guests, as the Dwarves, making a mess and trying to shake up Bilbo’s sheltered life! You’ll perform lines of the song “The Things Bilbo Hates” to give you actions, and completing the song ends the game – or it will end when Thorin arrives.

It sounds a fun and cheeky game, which is a little different to the darker and scarier tone that the series gains as it goes on, which was a deliberate choice of the game designers. In fact, Falconer summarised that “We wanted to show the lighter side of Tolkien’s world – those humorous, light-hearted moments where you fall in love with the characters just being themselves, no battlefield in sight”. 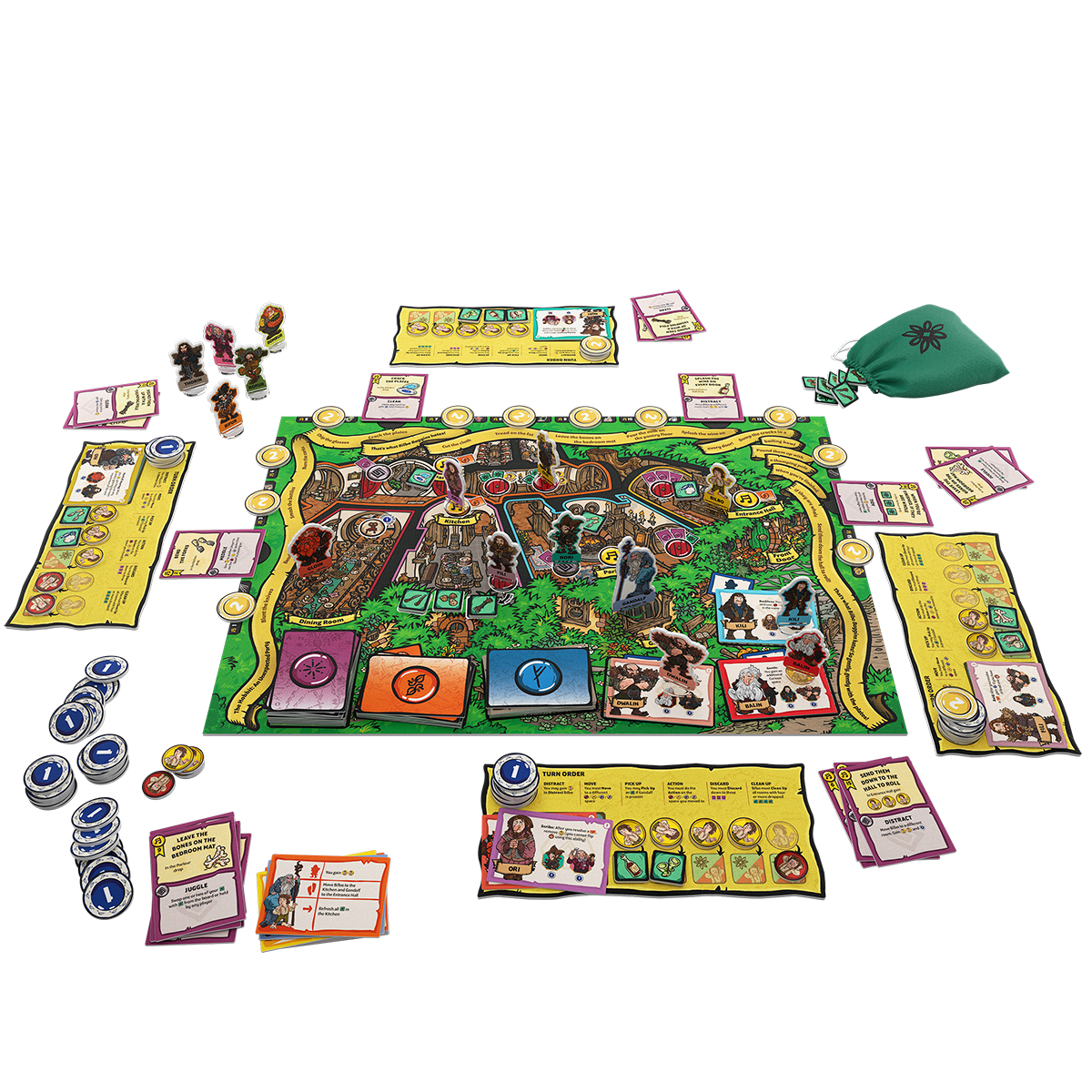 It’s a fast paced, action-based tabletop game for 2-4 players, ages 10+, with vibrant artwork. It’s quick to learn and play, taking between 40-60 minutes. The game is set to release in September 2020, but you can pre-order it now from their site!