Here’s your first proper look at Infection at Outpost 31, the board game based on John Carpenter’s The Thing The Thing: Infection at Outpost 31

After announcing that it was working on a tabletop adaptation of seminal horror flick The Thing back in February, pop culture art studio Mondo has now taken the wraps off its debut game.

The Thing: Infection at Outpost 31 follows the story of the film, as players take on the roles of MacReady, Childs, Garry and the other inhabitants of the Antarctic research station and attempt to work out who among them has been replaced by a shape-shifting alien monster.

Mondo has helped provide the design and artwork for the game, teaming up with the newly-formed Project Raygun division of publisher USAopoly to create the social deduction title, which is the first official board game based on the 1982 movie.

The first images of Infection at Outpost 31 show a top-down plan of the station, as well as hinting at some of the gameplay elements players will be engaging in – with spaces for missions, blood samples, supplies and cards showing items and revealing whether or not a player is a human or has become an imitation. 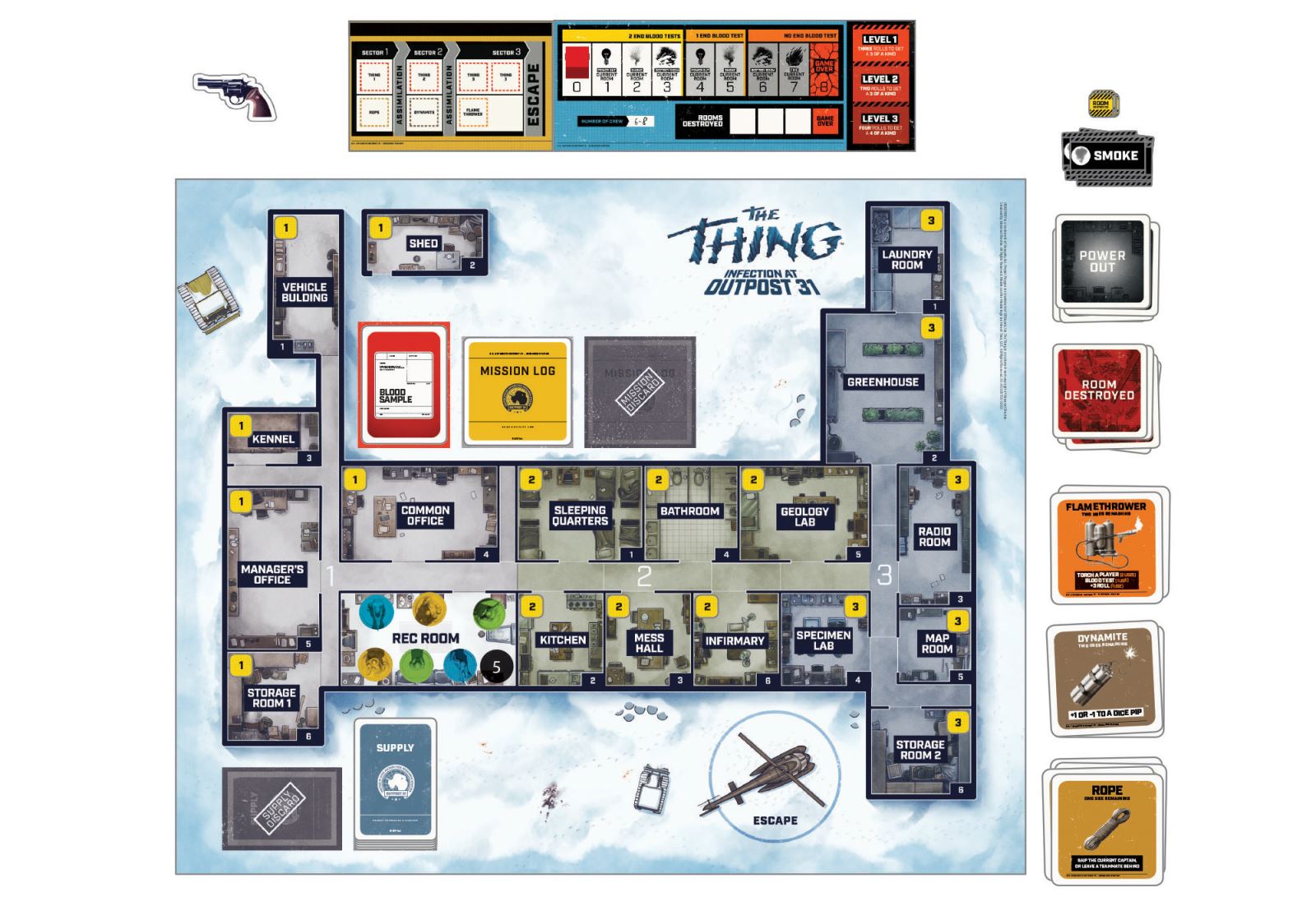 From the looks of tiles, there will be the chance for the power to go out in certain rooms, or be completely destroyed. Some of the equipment shown includes a flashlight, Molotov cocktail, petri dish, dynamite, rope and the infamous flamethrower.

There also appears to be a threat level indicator, and the hint of the game’s flow, which seems to be split into three rounds divided by another character becoming assimilated before the survivors try and make their escape in the helicopter outside.

Infection at Outpost 31 will be out this October in both a standard edition and a limited variant with different artwork, a Mondo print, pin badge and extra miniatures of the Palmer Thing and one of the Norwegian scientists seen at the beginning of the film that will be limited to 1,982 copies.