Here's what you may have missed from the D&D Direct announcements... D&D Direct generally offers us a whole plethora of new announcements and exciting plans, and this year has been no different. Though only 30 minutes, there was tons to get fans excited, and plenty for us to look forward to in the next year. If you missed the announcement however, these are the things you need to know: 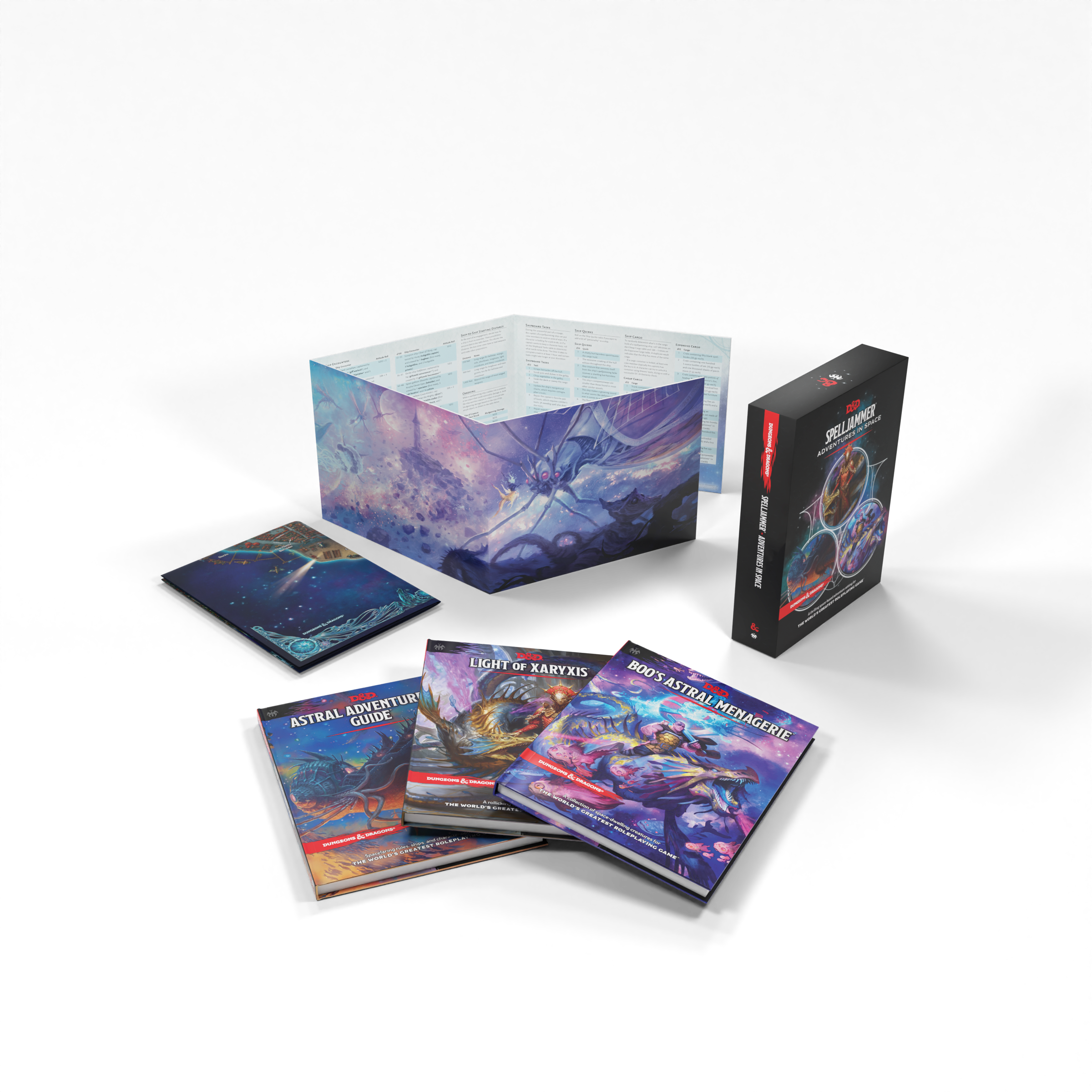 If you've been on Twitter since the announcement, you'll be hard-pressed to have missed this. A much loved adventure from 1989, the setting blends space travel with the fantasy we know and love, somewhat Treasure Planet- like but with magic rather than technology. It's return will come in the form of three, 64 page hardcover books, a departure from its usual 5E format, as well as a double-sided poster map, and a four-panel DM screen

The three books are as follows:

The setting returns, and with the early legal battle seemingly forgotten, the setting returns! This long running novel series will now be a major campaign setting for adventurers, taking place during the War of the Lance.

"Battle for the world of Dragonlance across an adventure book and battle game that includes options to link them together as a new way to play D&D. Also launching is Dragonlance: Shadow of the Dragon Queen adventure book, which tells a brand-new story at the beginning stages of the War of the Lance" 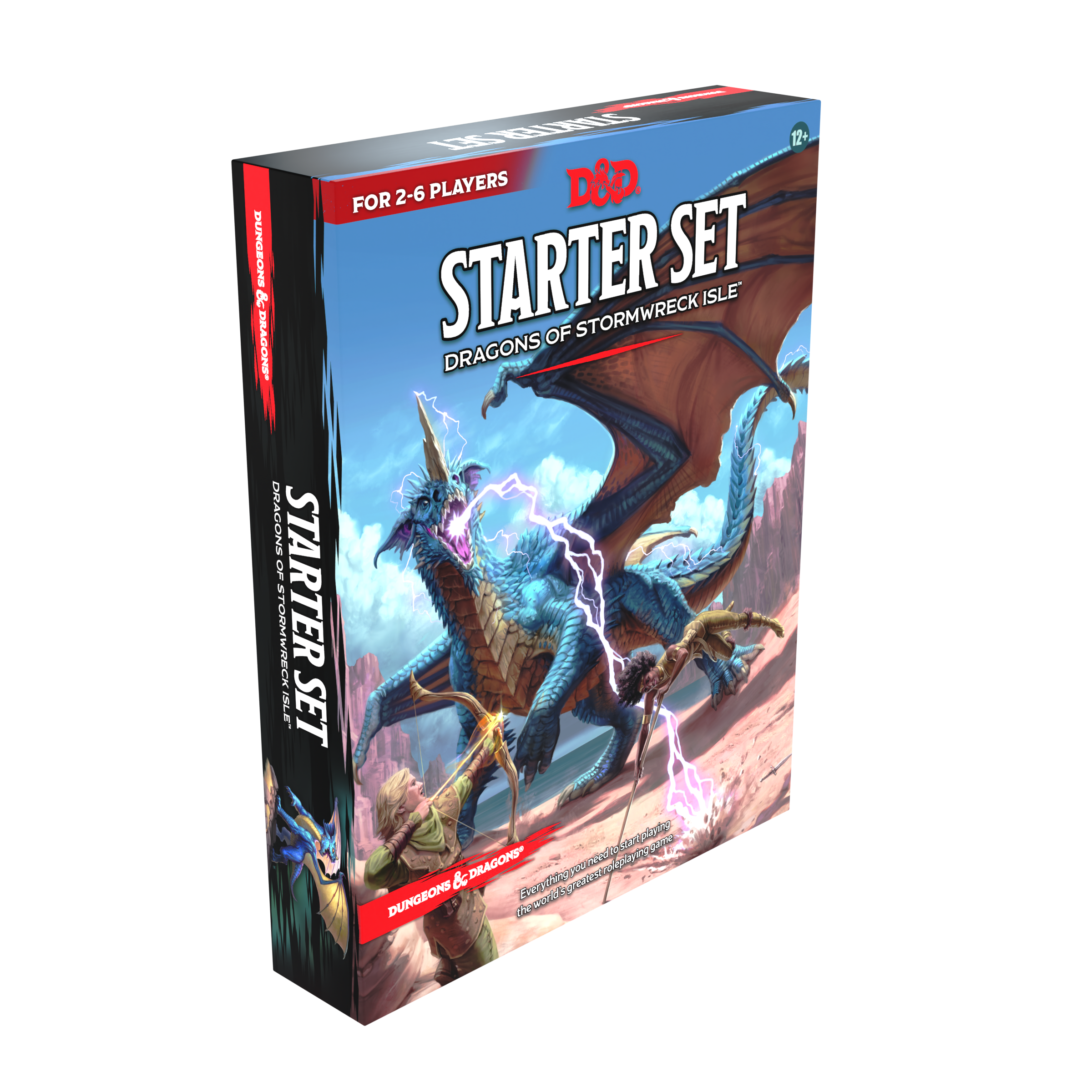 Many readers will have discovered D&D as a result of playing through the Starter Kit adventure, but now it's time for an update. The new Starter Set promises a more streamlined boarding experience for new players, including a range of digital tools. As you'd expect, there's a brand new adventure to enjoy, named Dragons of Stormwreck Isle.

If you're a fan of spell cards, these are likely to appeal to any DM. With both a Creatures and a Terrain Case available, these contain (depending on the case) customisable tokens, map tiles, adventure clings, creature clings, and more, all within a durable carry case, and perfect for bringing your game to life.

A digital resource available for all owners of a Wizards Account or a D&D Beyond Account, with Volume One including 10 monsters from the Spelljammer setting, and more content to come over time

Legends of the Multiverse is launching! Wednesday at 5pm PT (which is Thursday 1am BST) from Wednesday 25th. These will tell interwoven stories of adventures, in one hour prerecorded episodes with a differing DM for each. The cast includes Sunny (Deborah Ann Woll), Kaiho Karoshi (B. Dave Walters), Bac Si (Gina Darling), Riddle (Meagan Kenreck), and Torven (Todd Kenreck).

It's been talked about and had concerns raised over it for a long time, but as we're heading closer to 2023, we've finally got a name and a release date. Directors John Francis Daley and Jonathan Goldstein confirmed the official title of Dungeons & Dragons – Honor Among Thieves, and it will release on March 3rd, 2023.

The new skirmish game from Wizkids features two factions fighting in a search for treasure, as a miniature strategy board game.

There were some additional shows for Baldur's Gate 3, which is currently in early access ahead of its launch in 2023, and the patches since it's last demonstration include new classes, graphic improvement, and additional gameplay. Plus, Neverwinter showed off its newest module releasing this June, in Dragonslayer, inspired by Fizban's Treasury of Dragons.

Over the course of the next six months, D&D will release localised versions of their popular books in French, Italian, German, and Spanish, which will include Tasha's Cauldron of Everything, Mordenkainen Presents: Monsters of the Multiverse, Curse of Strahd, Dragons of Stormwreck Isle (the new Starter Set), Van Richten's Guide to Ravenloft, and in Italian and Spanish, Xanathars Guide to Everything.