Mixing things up with the alchemist chirurgeon

Pathfinder’s second edition is out next month, bringing a decade of changes and additions to the long-running fantasy RPG. Want to know what you can expect? Good news: we’ve got an exclusive early look at the core rulebook for you.

Character creation in Pathfinder 2E has been overhauled from the original game to make it easier for players to create their tabletop avatars, but without taking away from the level of customisability possible.

The roleplaying staple of a character ‘race’ has been replaced by an ‘ancestry’, which goes together with a background to define a character’s skills and abilities. On top of all that, you still have a class that unlocks further powers for you to use in your adventures.

Levelling up in the new Pathfinder still means gaining feats that provide new skills for your character. What’s slightly different here is that you’ll only have to pick from a few feats each level, making it easier to gradually build up your character and know exactly what they can do – rather than being overwhelmed by a massive list of possible skills you know nothing about.

Pathfinder’s core classes can be further personalised with archetypes, a variety of different sub-classes that take the general feel and skills of each in a more specific direction. In second edition, archetypes are extra set of feats accessed by choosing a ‘dedication’ to a specific archetype that then open up abilities specific to that concept.

Take a look at the sample character for Pathfinder’s classic alchemist archetype, the chirurgeon, below.

With a focus on intelligence and wisdom, as well as the ability to shrug off more blows with constitution and unleash ranged attacks using their dexterity when it comes to it, the chirurgeon combines their knowledge of alchemy with a more direct approach to combat.

The sample chirurgeon alchemist character in the Pathfinder: Second Edition core rulebook starts with the first-level Alchemical Savant feat to help them recognise objects related to their specialism more quickly. At higher levels, the character can increase their resistance to poison and create more powerful alchemical items for use during their adventures, as well as being able to mix up bombs, life elixirs and mutagens. At level 20, you can even create the mythical Philosopher’s Stone!

Pathfinder: Second Edition will be released on August 1st. Read more about the game – and find out 12 essential things you should know before picking it up – in the August issue of Tabletop Gaming magazine, out this Friday, July 26th. 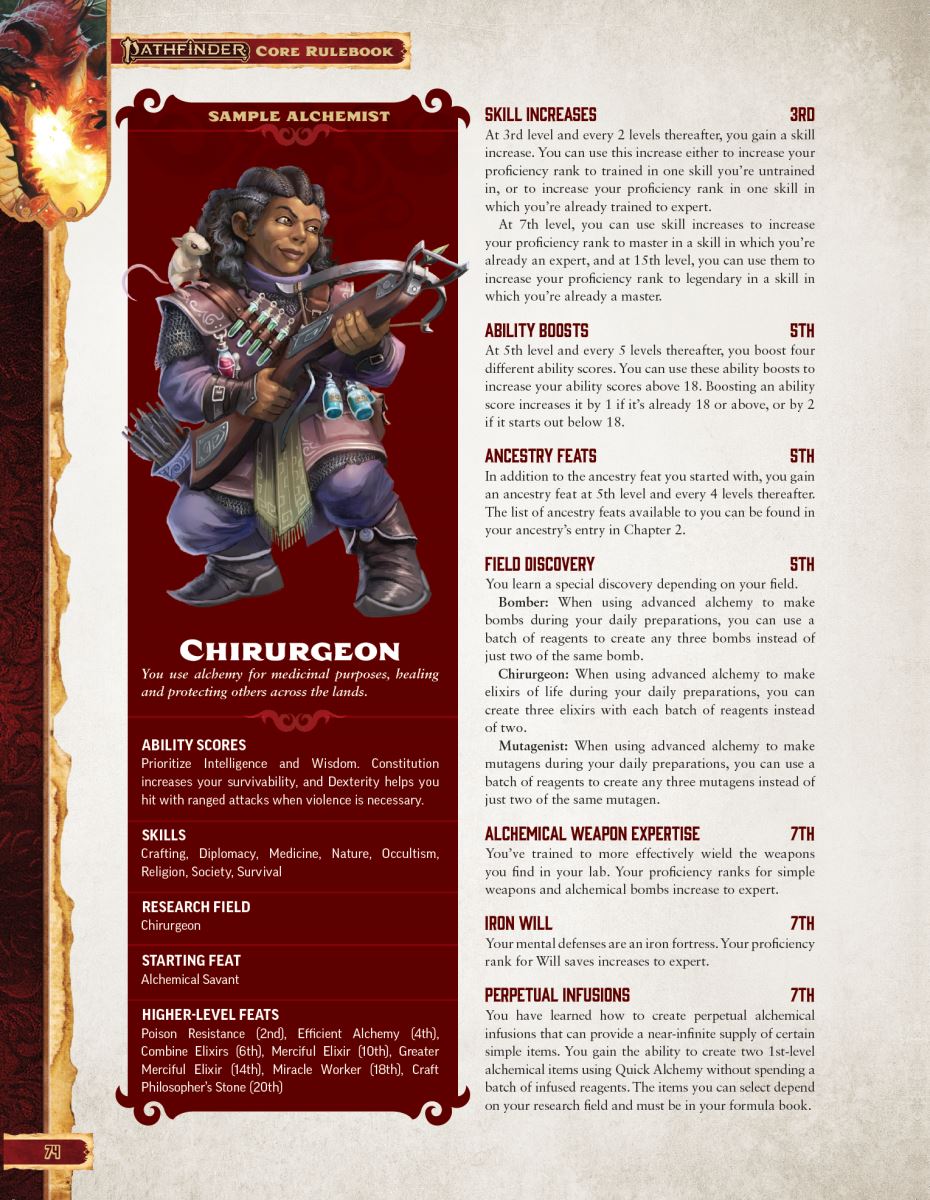