We recently got our hands on a test sprue for these goat-men. Guess what we did with it? We fauned over it...

Moving on, the sprue was a proof-of-concept for a box of models from US-based company RGD Models. We’ve covered them before, and now got a chance to have a look at them in the flesh. Well, in the injection-molded plastic, at least.

The sprue comes with enough parts to make three fauns and equip them with a variety of weapons. They’re 28mm scale, but think on the thinner side of 28mm historical scale rather than Heroic 28mm. They seem solidly built and have a surprising amount of detail on them. The heads (of which there are a total of six to a sprue) go for a more goat-like appearance than Mr. Tumnus sort of look, so they’d work well as either good guys or bad guys. On that note, the only slight disappointment was that the sprue connection points are on the horns themselves, meaning it’s a bit difficult to clip them off and retain all the ridged detail.

At the time of writing the fauns have now been successfully funded on Kickstarter, and will include separate sprues to make female fauns and centaurs.

Assembled examples. The miniatures fitted well together and allowed for a wide variety of poses. 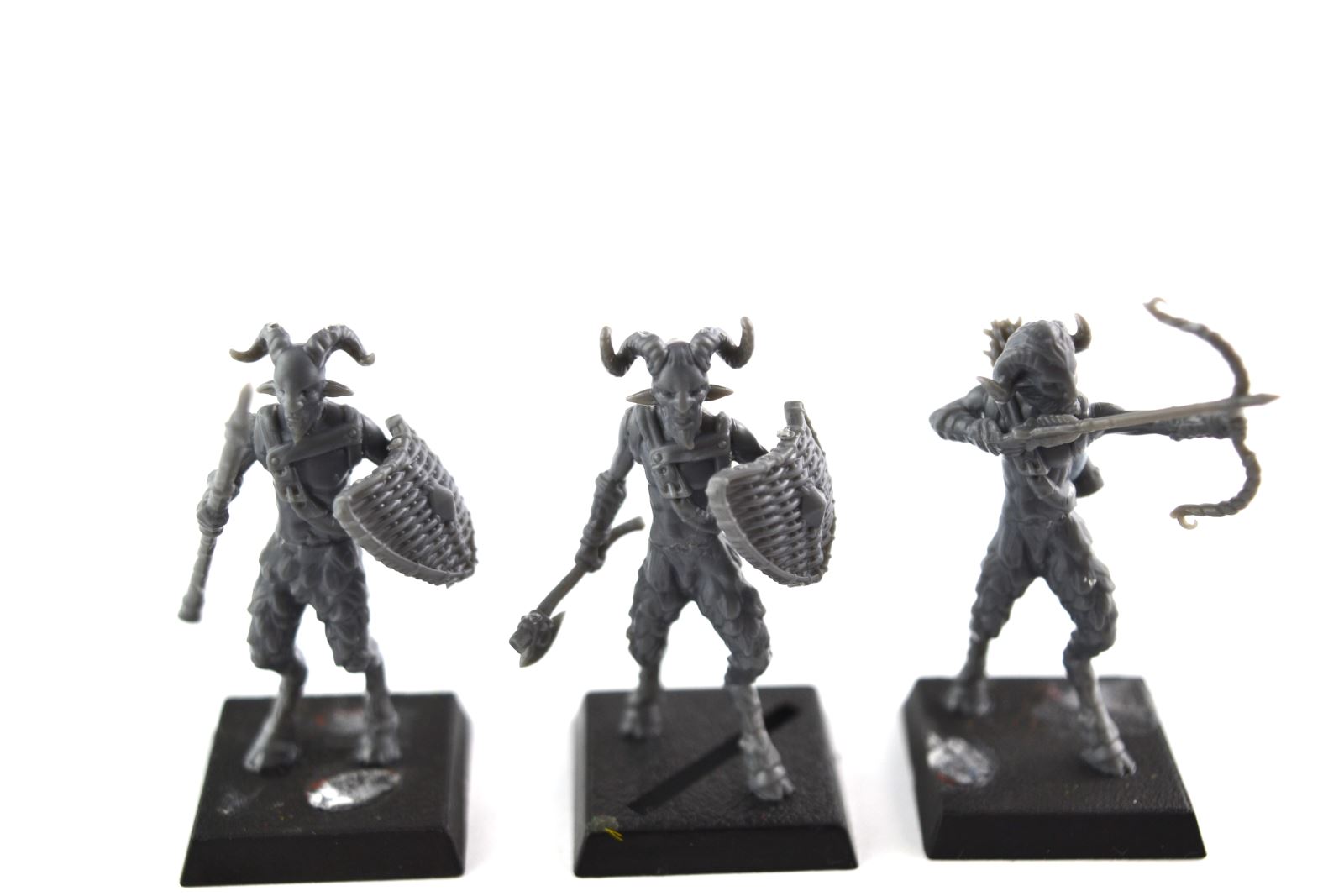 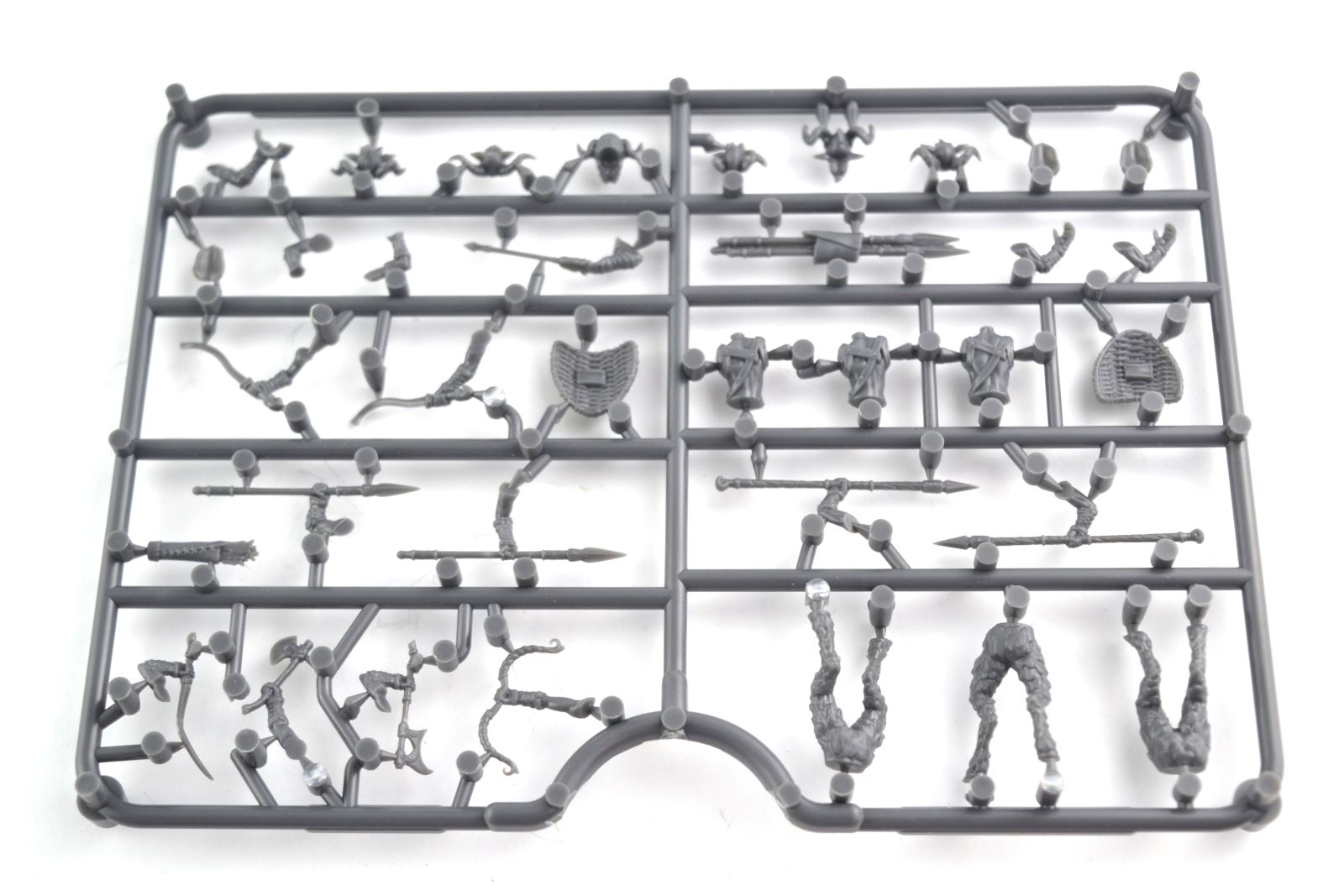 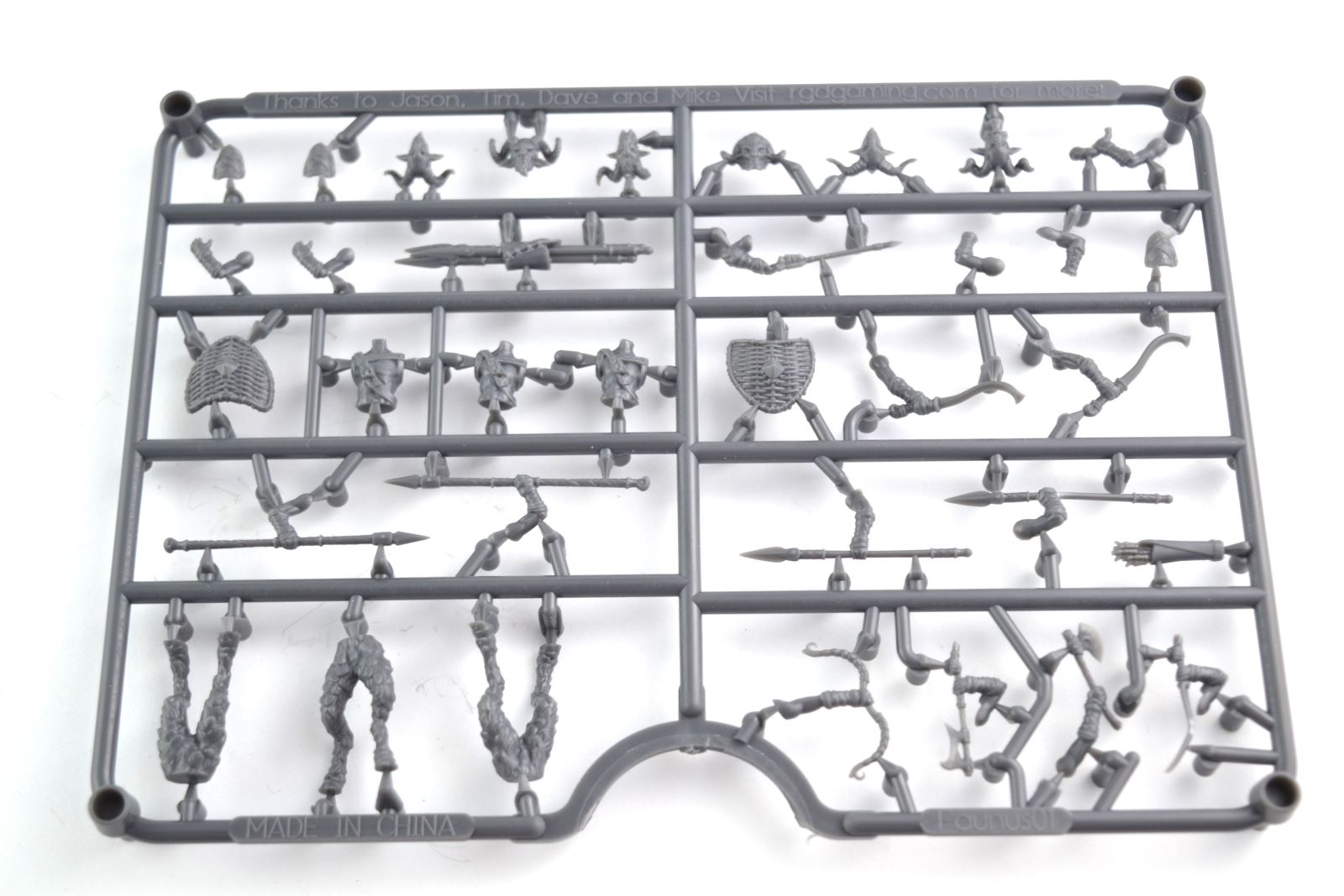