What dreams may come

Workhouse Games have taken to practicing foul and forbidden rites and are immortalising characters from horror author H. P. Lovecraft in resin. The miniatuers are in 32mm Heroic scale, and are from his short story 'Dreams in the Witch House'.

Compared with the likes of The Call of Cthulhu and The Shadow over Innsmouth, it's one of Lovecraft’ lesser known works, though still an important contribution to his body of work and the overarching mythos he established. The story revolves around Walter Gilman, a bookish student of Miskatonic University, and his descent into madness whilst renting a room with a sinister past. Originally written in 1932, it was first published in the July 1933 issue of Weird Tales. 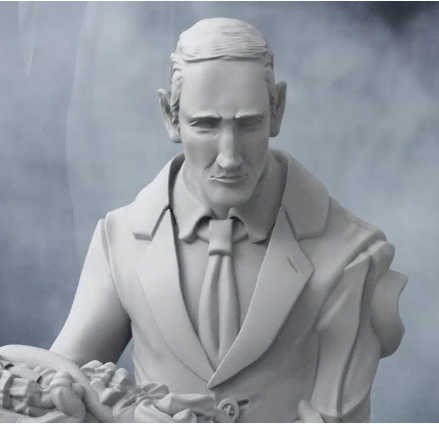 The miniatures line includes the main characters from the story, as well as several other figures besides. The great author himself gets his own miniature, holding a Necronomicon festooned with writhing tentacles. According to the designers’ commentary, it was the realisation that no high-quality miniature of Lovecraft exists that was the impetus for the entire project. 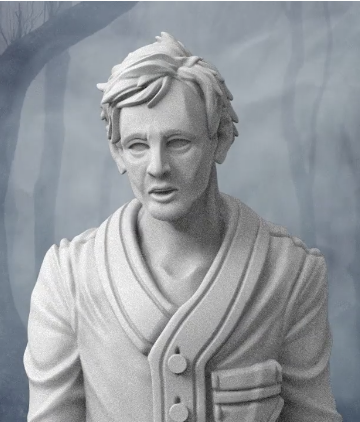 The next figure is that of Walter Gilman. As the story’s name implies, much of the goings on in Dreams in the Witch House revolve around Gilman’s nightmares; for this reason, the designers decided to sculpt him in night clothes rather than fully dressed. 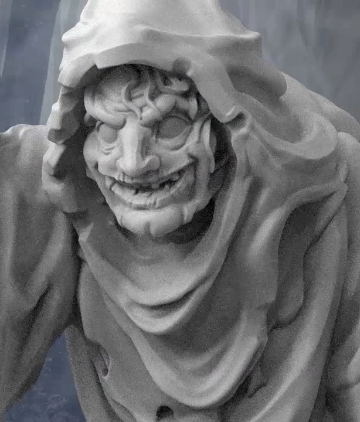 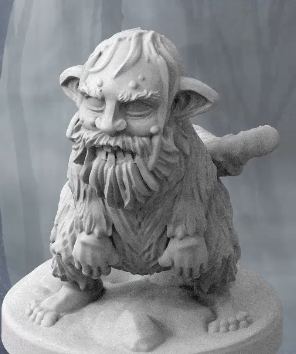 In the narrative, many of Gilman’s dreams revolve around two central figures; the old witch Keziah Mason and her familiar Brown Jenkin. The Keziah Mason figure is generic enough to use as a witch in any RPG, although the puckered, grinning face seems to be channeling Evil Dead to a certain extent. 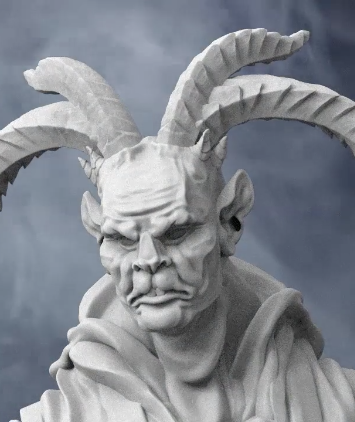 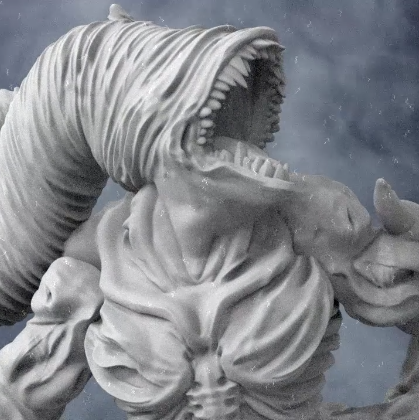 As Cthulhu Mythos lore buffs will tell you, the Black Man and Nyarlathotep miniatures are in fact representations of the same entity. In its Black Man guise, the messenger of the elder gods is described as a man of unnaturally dark ebony complexion in a shapeless robe. Workhouse have decided to ramp up the Judeo-Christian imagery of the figure, giving him a crown of horns and a goat-like appearance. Shorn of its avatar, the actual Nyarlathotep is the largest miniature of the set, and adheres to the typical representation of a tri-legged monster with a mouthed tentacle for a head. 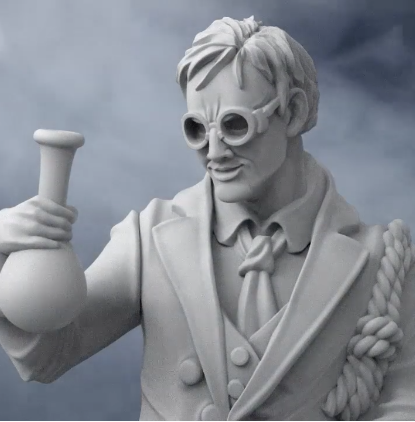 Finally, the range also includes the zombie-creating Herbert West. Seen in the act of robbing a grave, the miniature has a passing resemblance to Jeffrey Combs’ famous incarnation in the cult classic film Reanimator, albeit dressed in 1920’s attire rather than in the clothes from the more modern setting of the film.

Fans of Lovecraft may be interested to know that Dreams in the Witch House was also adapted for television as an episode of Masters of Horror, an anthology series made for the Showtime cable network. The episode was directed Stuart Gordon, who also directed Reanimator!

The miniatures are being funded via a Kickstarter campaign, which has already raised over three times its initial £9,000 goal.  You can find more information here.