The Transformers Trading Card Game is mere weeks away from rolling out its metal-on-metal competitive card-battler, and we’ve got an exclusive first look at one of its robotic stars.

Starscream will be familiar to anyone who grew up with the original toys or cartoon TV show, or anyone who came to Transformers through the later live-action movies.

He’s one of the most powerful fighters in Megatron’s army of Decepticons, not to mention (at least in our opinion) one of the coolest Transformers around thanks to his ability to turn into a jet fighter.

In the Transformers Trading Card Game – based on the original look of the Transformers, instead of Michael Bay's grittier reimagining in the noughties films – he’s just as tough, with his Air Commander variant the strongest Decepticon plane character outright.

We mean, just take a look at him! 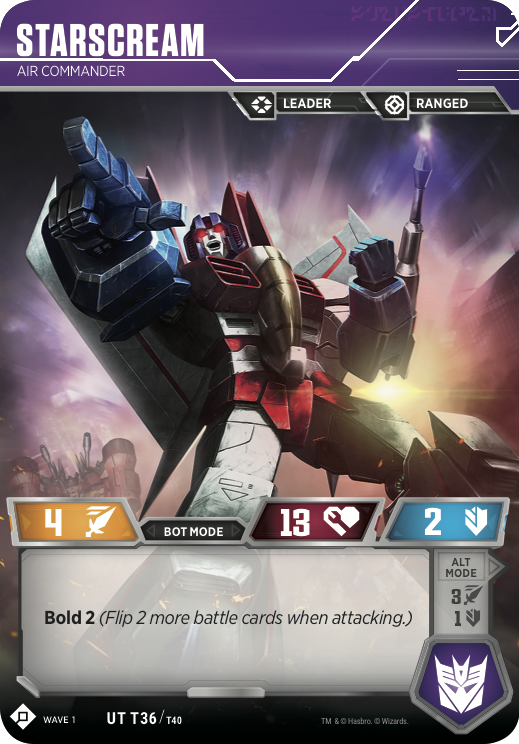 Starscream//Air Commander is designated as both ‘leader’ and ‘ranged’, giving him the ability to trigger battle cards with those keywords. This might include Bombing Run, which lets you move a damage counter from each of your planes to an enemy, or Rapid Ascent, forcing your opponent to scrap a card from their hand when attached to a ranged character. 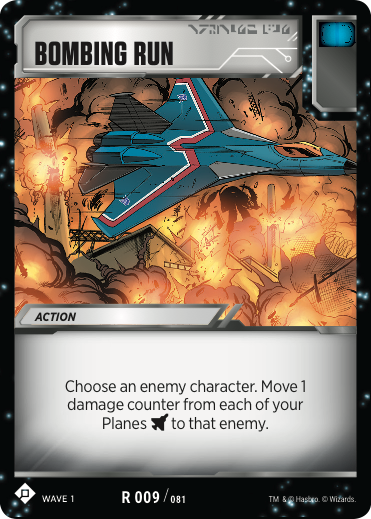 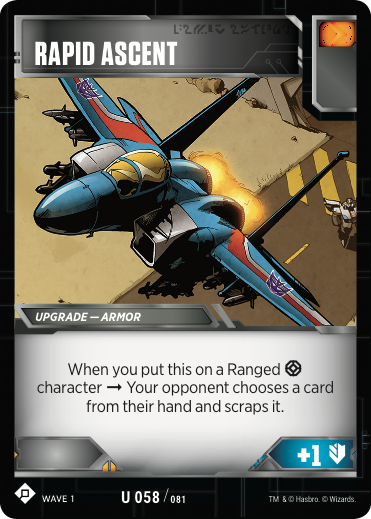 With the right cards, Starscream can unleash his null-ray, giving him Bold 2 – the ability to flip two extra battle cards when attacking using the rare weapon upgrade. 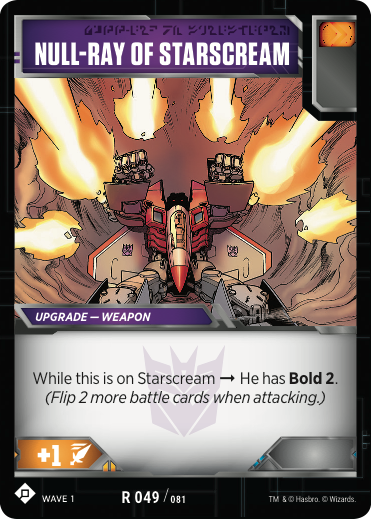 Starscream//Air Commander also gains Bold 2 when in his bot mode form. Like all of the Decepticon and Autobot characters, his oversized character card can be flipped over to transform into his alt mode, turning him into his plane form. When he’s flipped to his alt mode, Starscream//Air Commander does damage to enemies equal to the number of planes the player has, making him a formidable commander of an air-based army. 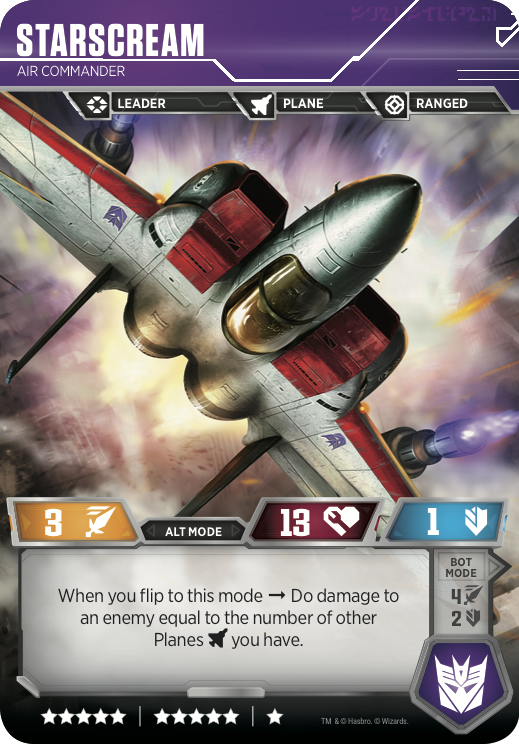 Starscream//Air Commander is part of the Transformers Trading Card Game’s first wave of cards; his normal variant (with the subtitle Scheming Second-in-Command) is a common card in the set, with Air Commander an uncommon find.

Wizards of the Coast has confirmed that the Transformers Trading Card Game will be out in the UK and Ireland in early October, launching with the Autobots Starter Set and booster packs.

The first major expansion for the game has already been announced, bringing Autobot titan Metroplex – a massive robot that literally transforms into an entire city, for the uninitiated – into the mix. Metroplex’s enormous size sees him get an ever bigger character card than the already inflated character cards of the other robots in disguise, and the ability to deploy his component bots Scamper, Slammer and Six-Gun. The expansion will be out in the US on November 21st, with a release in other countries – including the UK – due to follow later in 2018.

If you want to get an idea of how the Transformers TCG will play, Hasbro has put out a series of How to Play tutorial videos ahead of its launch. Find the first one below.