First look at Strixhaven, the next Magic: The Gathering Card Set 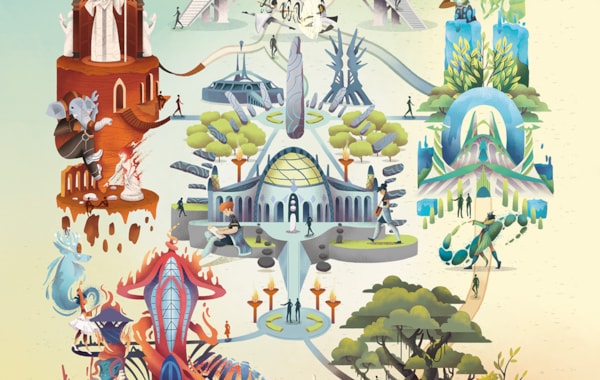 No sorting hat in sight

We're looking forward today, as Wizards of the Coast have announced new details on the next Magic: The Gathering Card set, Strixhaven, due for release on 23rd April 2021.

The name centres the set around Strixhaven’s School of Mages, where players will join one of five colleges. Each college has been named for the Elder Dragon that the school represents, where your inclinations will see you find your newest home. 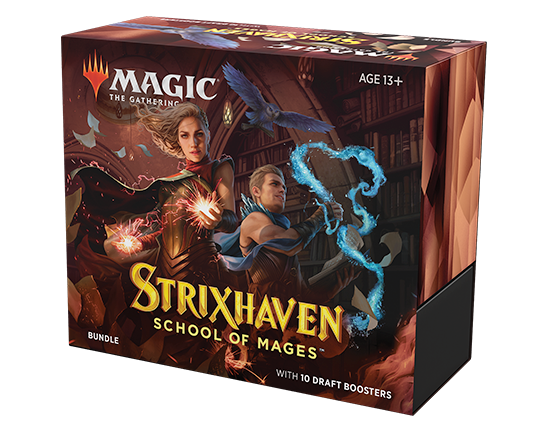 These houses will be:

Lorehold, for the Daring. Diligent researchers and daring adventurers, obsessed with history and with summoning undead spirits. Their motto is "leave no stone unturned."

Prismari, for those who use magic as artistic expression. Described as the theatre kids of Strixhaven, where all the world is a stage, with the motto "express yourself with the elements".

Quandrix for the math geniuses. They'll can decide every number of Pi backwards (and of course much more), with the motto  "Math is magic".

Silverquill for the wordsmiths, whether that's battle poetry or arcane insults. Their motto is "Sharp Style, sharper wit".

And finally, Witherbloom for the students who enhance or exploit nature with their magic. Described as "goth bio majors", their motto is "get your hands dirty".

These will come in 81 new cards across five commander decks of: 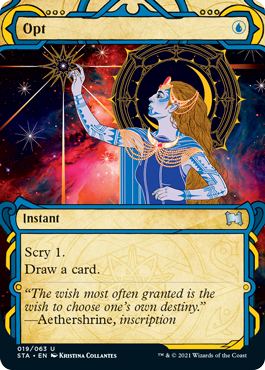 In addition, there will be the inclusion of 63 additional spells from Magic's history, via the Mystical Archive, which will appear in every draft and set booster pack, with collector boosters featuring at least three.

You can pre-order your set over on Amazon, or check in with your friendly local game store.

Looking for more Magic: the Gathering? Check out this feature, where we spoke to Mark Heggen about the Core 2021 set and teaching new dogs old tricks.

Or, check out our Editor Chris' Twitch stream, opening the decks live!