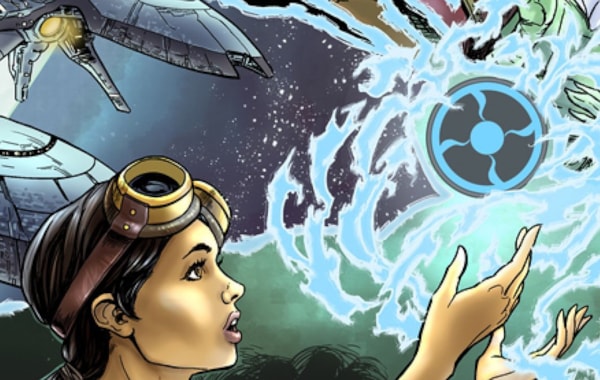 The Cortex roleplaying system behind the Marvel, Firefly and Battlestar Galactica tabletop RPGs has been acquired by fansite and wiki company Fandom – the owner of Dungeons & Dragons app D&D Beyond – which plans to make future licensed games using the ruleset.

Fandom picked up Cortex from previous publisher Margaret Weis Productions, which used the flexible set of rules for a number of pop culture RPGs, from Supernatural to Serenity.

The system itself is pretty standard as far as RPG rules go: it uses a pool of polyhedrals from d2 to d12, with players rolling the dice attached to a particular attribute, skill and asset or complication and trying to beat a target number.

Cortex’s greatest strength was in its flexibility as a toolkit to power games in different settings and genres, something that its 2010 overhaul as Cortex Plus and the upcoming major update to the engine, Cortex Prime, aimed to make even more prominent.

Kickstarted in 2017, Cortex Prime was billed as a complete redesign of the ruleset built on a modular foundation that allowed players to pick and choose the parts of the system they wanted to use – essentially allowing players to create their own pop culture-inspired RPG experiences.

Cortex Prime was touted as having a digital set of tools that players could use to combine together different aspects of the mechanics, tweaking the way dice and character traits work to adjust the complexity and feel of the game.

As part of its acquisition of Cortex, Fandom has said it will fulfil the Cortex Prime Kickstarter campaign, which was initially scheduled for release in April last year before running into delays. It confirmed that the game would include “full digital support” with tools created from scratch to work alongside the core rulebook, comparing its plans to what it's done with rulebook reference and player resource app D&D Beyond, which Fandom bought last year.

Cortex lead designer Cam Banks has also joined Fandom to finish development on the latest edition, as well as working on future Cortex-powered RPGs based on pop culture universes.

“In addition to giving fans a toolkit to create their own types of games, Fandom plans to publish our own games in the future using the Cortex system, including bespoke roleplaying experiences for some of the most popular entertainment franchises in the world today,” the company wrote in its announcement of the deal.

Following its acquisition of Cortex, Fandom announced that past Cortex games would no longer be sold on popular online marketplace DriveThruRPG after September 30th. Any Cortex games already owned by users on the platform will continue to be available for download for the time being.