“The only saving grace of the present is that it's too damned stupid to question the past very closely.” ― H.P. Lovecraft, Pickman's Model

Popplewood Miniatures are bringing a range of early twentieth century investigators to the tabletop for pulp and horror games. Currently, the figures are being funded on Kickstarter, and at the time of writing have raised over three-quarters of the modest £1,000 goal.

There are a total of six miniatures, all of which would be ideal for use in something like Call of Cthulhu. Each character represents a fairly typical archetype of the pulp era, but still conveys a sense of personality and character. 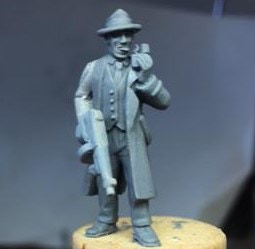 The first is the only multi-piece miniature of the group, Johnny Mulligan, a fedora-sporting private eye cradling a Thompson and lighting a cigarette. From the picture the long face looks a bit like H.P. Lovecraft himself, but that may just be me. At any rate, I can imagine quite a few impressive object source lighting paint jobs going up online if the figures get funded. 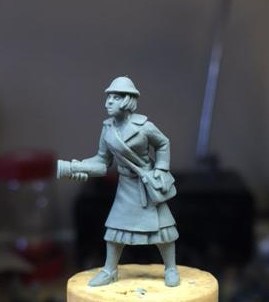 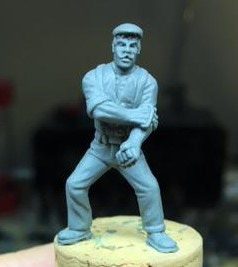 Next there’s a female reporter/ investigative journalist type wearing a fancy cloche hat and wielding a flashlight. Then there’s a brawler called 'Tough Dutch Kelly’, rolling up his sleeves and wielding a pair of knuckle-dusters. It seems as though the character is no stranger to pain; if you look carefully, it appears that his face has had a mask-like skin graft on it, a procedure pioneered during the First World War on wounded veterans returning from the front. 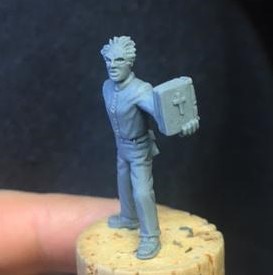 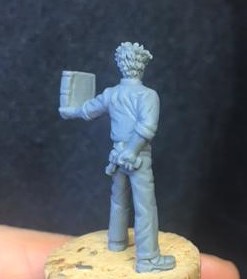 My personal favourite miniature is the priest character called Father O’Brian (because aren’t they always?). Holding the good book before him, he’s also got a backup in the form of a hefty revolver held behind his back. It’s a neat detail that I think really manages to tell a story in its own right. Speaking of weapons, the fifth miniature is Candy Cane, a flapper girl with a bobcut haircut and a handy pistol strapped to her thigh. Finally, the last figure is a stretch goal for the campaign, a hooch-swinging hobo called Harry Ramp. 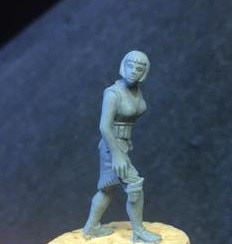 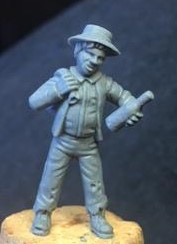 The campaign will be ending on April 11. For more information you can see the Kickstarter here.