Whether on the fields of Waterloo, in the trenches of Flanders or the battlefields of distant planets, France’s finest shall endure! Wargames Atlantic have given us an exclusive look at the concept art for their upcoming 28mm sci-fi infantry.

Called ‘Les Grognards’ (no really!), the art depicts a unit of hard plastic soldiers that will be part of the ‘Death Fields’ range. The first set are the awesome Armageddon Steel Legion-esque Raumjager, who we’ve covered before and are now available from North Star Figures.

The funky retro-futuristic look is justified by the equally zany lore for the Death Fields range. In the setting, aliens have routinely visited earth to abduct the finest warriors of each age. Why? For entertainment of course! These abducted soldiers now clash in the titular Death Fields – planet-wide warzones where the ensuing slaughter is filmed for the amusement of spectating xenos. The Grognards are the French of Napoleon’s armies who met with their WW1 counterparts, and now fight together as a single force. There’s definitely a Vostroyan and Death Korps of Krieg vibe going on here – but that’s no bad thing in our book!

Below, you can see how the look of the Grognards has gone through several iterations and refinements. 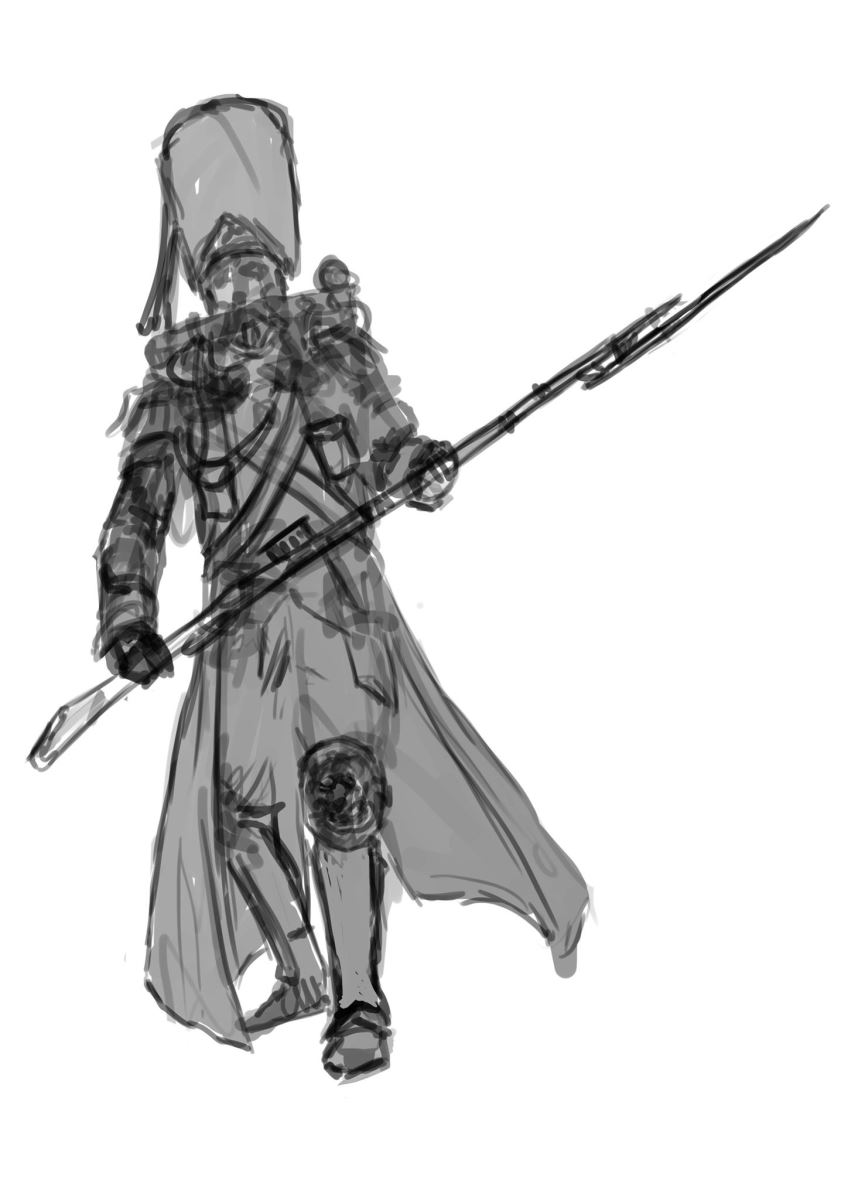 The second sketch, colourised. You can see several changes already. Most prominently, the coat has become noticeably shorter, as has the rifle, which now looks less like a musket and more like a carbine. A breastplate and shoulder pads have also been added. 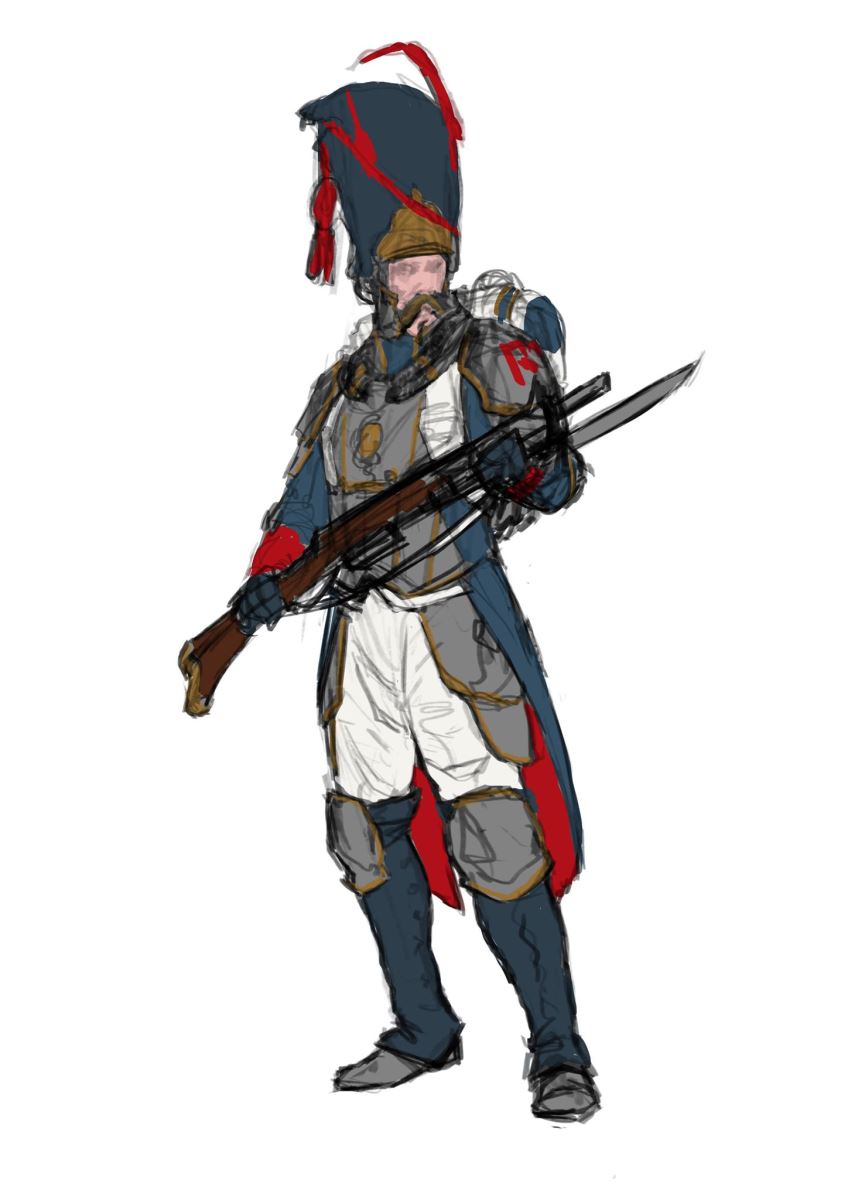 The third sketch. The WW1 look is really coming through here, particularly with the lower half. The greatcoat is now a turn-back style, and puttees have replaced the shin guards. You can also see some alternate head designs. In particular, gas masks! 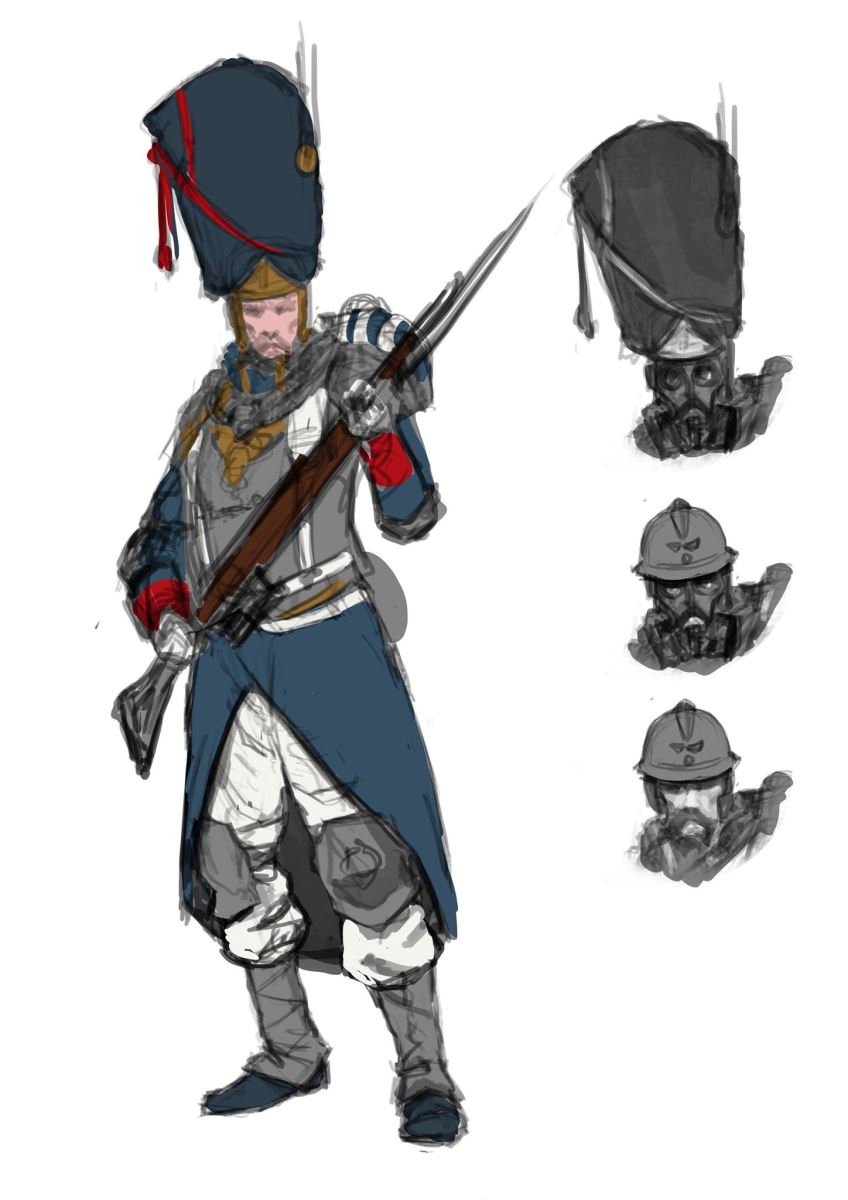 The fourth sketch. Some more details have been added here, like the skull on the knee-pad. 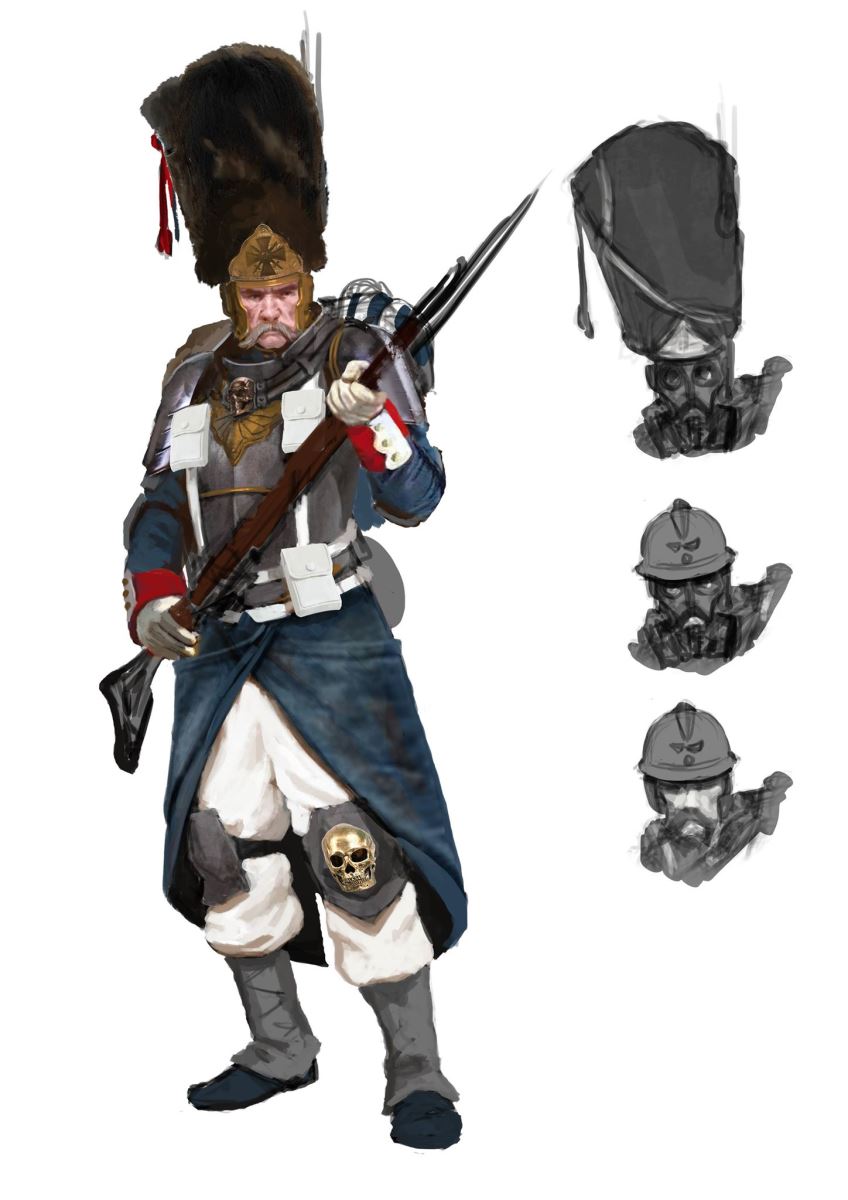 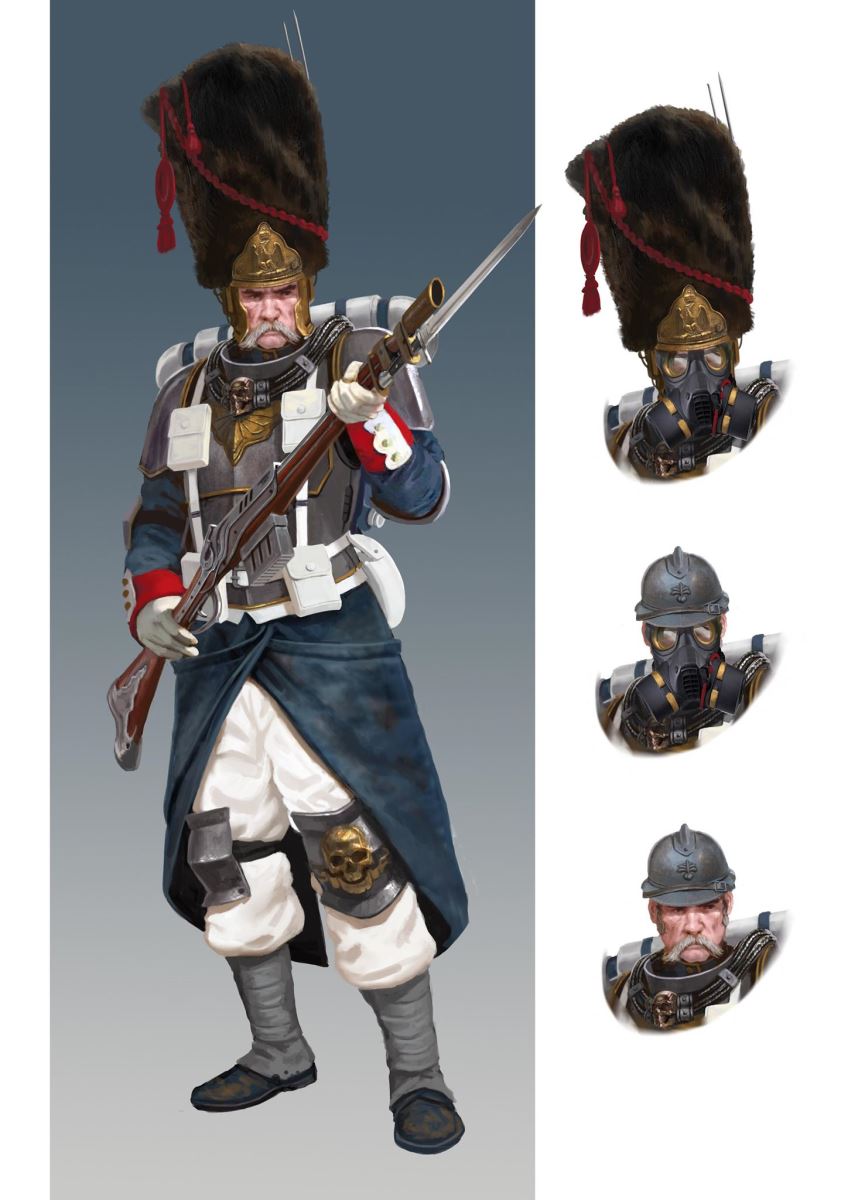 According to Wargames Atlantic, there are going to be several head designs on the sprues, including masked and unmasked versions with shakos and Adrian helmets. There’s also going to be special weapons as well, and another head design I won’t spoil here.

Wargames Atlantic are a new company based over the pond in the US, and so far it looks like they’re doing a cracking job! To break with what little amount of editorial impartiality I have, I’d definitely recommend giving their stuff a look, especially if it gets these chaps to the tabletop faster!