Every Eevee Evolution is available in Sword & Shield-Evolving Skies Expansion

Today brings the announcement of the next expansion for the Pokemon Trading Card Game, Sword & Shield – Evolving Skies. 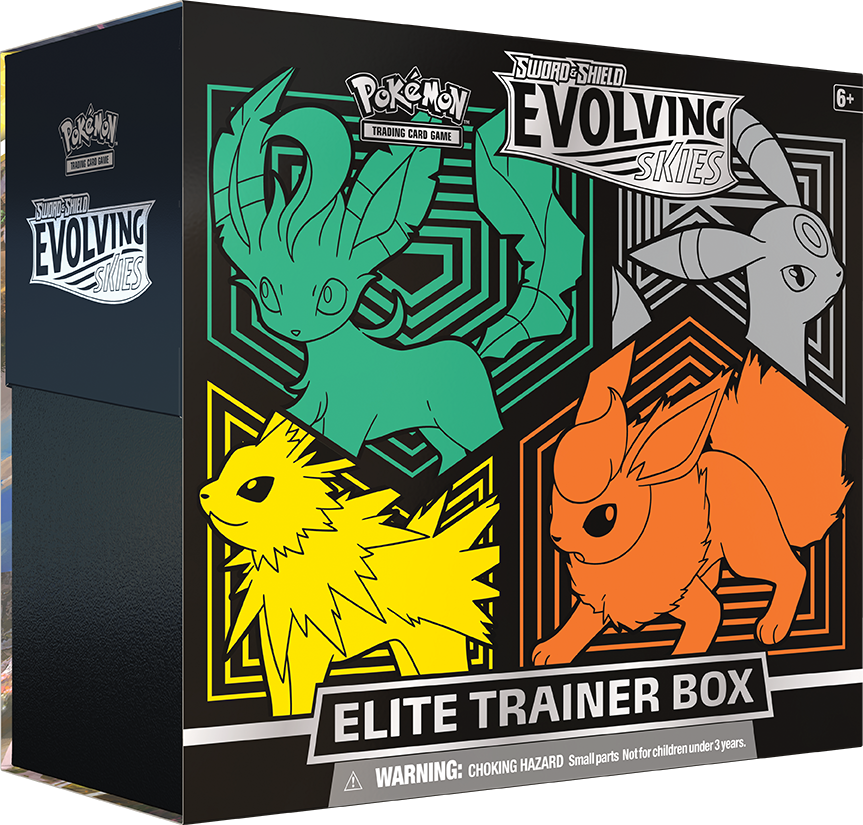 This expansion will includes Eevee, and all of the evolutions within the same expansion – Umbreon, Flareon, Jolteon, Leafeon, Sylveon, Vaporeon, Glaceon and Espeon, plus some with Pokemon V, Pokemon VMAX, and specific battle styles, such as Single Strike Flareon VMAX, Rapid Strike Vaporeon VMAX, Rapid Strike Sylveon VMAX and Single Strike Umbreon VMAX.

Also being seen for the first time in Sword and Sheild comes Rayquaza VMAX and Duraludon VMAX, which encourage strategic gameplay.

Evolving Skies will be available in booster packs, special collections and two versions of the Elite Trainer Box, with one featuring Umbreon, Flareon, Jolteon and Leafeon and the other featuring Sylveon, Vaporeon, Glaceon and Espeon. The full expansion includes the following cards:

If you want to play before launch, you can do so with the Build & Battle Boc, available through Pokemon TCG retailers from August 14th, which contains four booster packs, and a 23 card evolution pack, which features key cards from active sets, including one of four alternate art promo cards.

It will be available from August 27th, worldwide.