With more than 100 million monthly players, League of Legends is likely the most popular video game in the world. The competitive MOBA (‘multiplayer online battle arena’) title has become the frontrunner of eSports, filling up stadiums with thousands of players (plus thousands more streaming online) there to watch professional gamers battle for millions of dollars in prizes.

Now, a group of designers from first-time Italian publisher Reggie Games hopes to recreate the title’s success on the tabletop with the MOBA-inspired card game ELO Darkness.

ELO Darkness takes the iconic three-lane map of PC MOBAs such as League of Legends and the similarly massive Dota 2 and translates it to a board where players can position their group of heroes to fend off attacking rivals.

Each team of five heroes are controlled through a deck of 40 cards, with every character featuring unique abilities that can be further customised by building a custom deck of cards. Taking inspiration from slang used in its virtual counterparts, heroes are divided into ‘laner’ and ‘gank’ categories, representing their prowess in a single lane or all-around flexibility, respectively.

Players take turns to discard hero cards to draw gold, new cards and experience during the initial farming phase, before choosing whether to retreat from a lane during the backing phase to redeploy down a new lane. Finally, combat is resolved with a simultaneous reveal mechanic, allowing characters to pull off attack combos and winners to progress down the lane. The first player to reach an opposing base wins.

As in League of Legends and Dota 2, players can level up their characters using experience and buy class-specific items with gold to expand their skill set. Event cards present the opportunity for bosses and ‘super minions’ to spawn, offering bonus experience, gold and progression.

A match takes around 45 minutes to an hour to complete and can be played one-on-one or as teams of two. 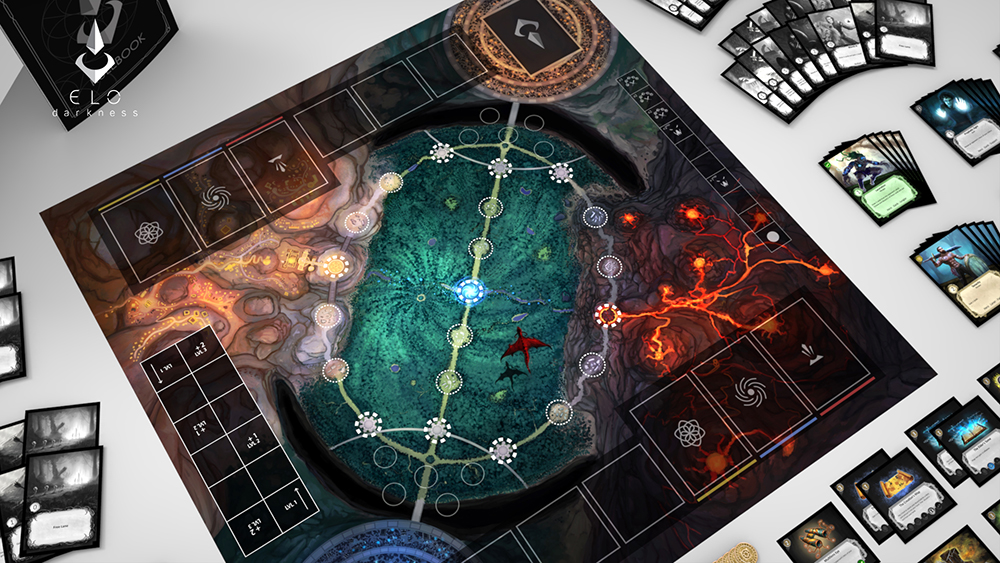