Dungeon Party is a game that you shouldn’t feel too bad about putting your drink down on. After all, all the cards that represent the rooms, monsters and treasures of this dungeon discotheque are printed on bar coasters.

The game is a fantasy themed dexterity game designed to be “played anywhere”, which we think we can happily interpret as: “in the pub”. 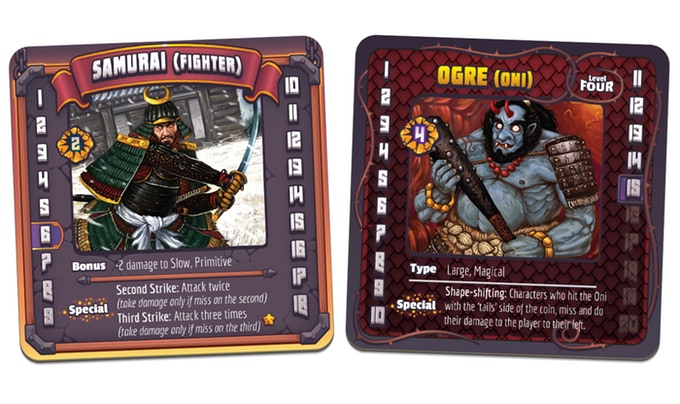 Like all the best games designed for the pub, there’s a dexterity element with a coin which needs to be bounced off the table and on to the desired monster coaster. This mechanic is borrowed directly from the bounce-a-penny-into-a-pint game known as quarters in the US.

Defeat the monster and get some treasure, boosting your party’s ability to combat further monsters discovered in the dungeons. If you miss your shot, and don’t kill the monster however, you’re going to take damage.

Some monsters have simple attack buffs and similar, but others may demand that players perform further dexterous tasks like standing on one leg while taking their shot.

While the cynical amongst us know the real game will be trying to find the official game coin after it’s sent bouncing across the room following slightly overexcited attacks, it seems like a solid entry in the bar-games-for-nerds category.

The game hit Kickstarter and is now fully funded to the tune of £77,000 with seven days to go, which is no small beer. The Kickstarter runs to February 6 and should start delivering in September 2020.