Has a board game ever made you cry? Short of losing a particularly intense match of Magic or becoming the target of accusation and betrayal in social deception classics such as Diplomacy or Resistance, it’s unlikely that playing on the tabletop has caused you to experience genuine sorrow.

Upcoming publisher Deck Head Games hopes to change that with its debut title Ducklings, a co-operative board game where two teams of two people attempt to lead their young flock to safety, overcoming various dangers along the way.

The game is billed as “the only board game that lets you become a parent and feel all the emotions that our parents have felt while keeping us safe as we grew up” and was designed by three alumni from the University of Southern California’s Cinematic Arts School, where Ducklings first took flight during a class assignment encouraging the students to introduce an emotional factor to tabletop gaming.

“About the emotional aspect of our game, it was first a thought exercise for one of our game design classes at university,” Deck Head co-founder James Collins elaborated in an email to Tabletop Gaming.

“The prompt was to take the most recent piece of media that wasn't a game and made you feel a strong emotion, and then to try to replicate that emotion in an analog game.

“The first thing I could think of after seeing that prompt was a film called Manchester by the Sea, which I had seen over the summer. The movie deals heavily in sorrow and child loss, and I wanted to see if it was possible to even replicate that on a tabletop.” 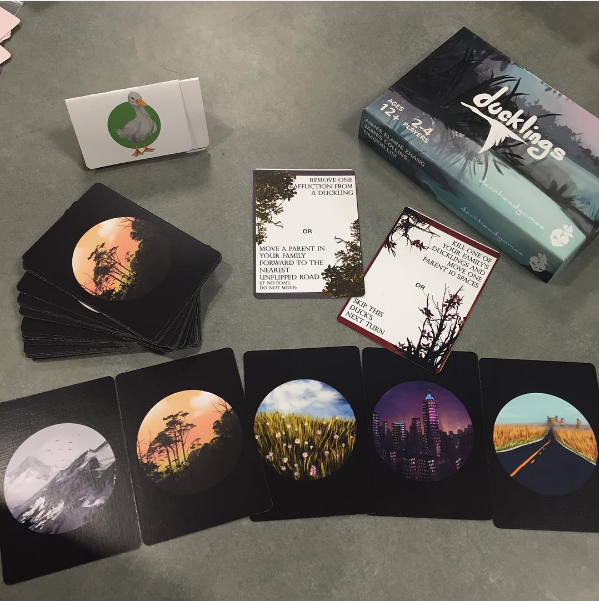 Ducklings makes use of multiple-choice cards, which present tough choices to players designed to mimic the hard role of parenthood – for example, do you allow your child’s affection for you to grow weaker, or potentially introduce danger into their lives, represented by proximity to roads?

Or, as the game’s website proposes: “Ever wanted to find out who is the worst parent among your friends? Ducklings lets you do just that!”

“Earlier iterations of the game relied on heavy handed narrative elements and shock value, and left the game in a state without much nuance or replayability,” Collins explains.

“Since then, we've focused more on fear of loss and how a pair of people handle it together, which has lead to more engaged players and debates about risk/reward between ‘parents’ in the game.

“Emotion-driven decision-making remains a key focus of our game, and a dynamic that we are constantly trying to refine and improve.”

Deck Head plans to bring Ducklings to Kickstarter in July, with Collins hoping that the game helps usher in a more emotional trend of tabletop experiences.

“Right now, the industry is only beginning to embrace emotional complexity,” he wrote in a recent blog. “With the advent of crowdfunding platforms, independent game developers have the freedom to pursue innovations and narratives away from the oversight of publishers. Many of these indie tabletop developers have already begun to push the limits of the medium.

“It may take time for the industry to venture forth into deeper waters but one thing is clear: if analogue games are to continue to grow in a digitised world they need to expand their emotional reach in a way that only physical games can provide.” 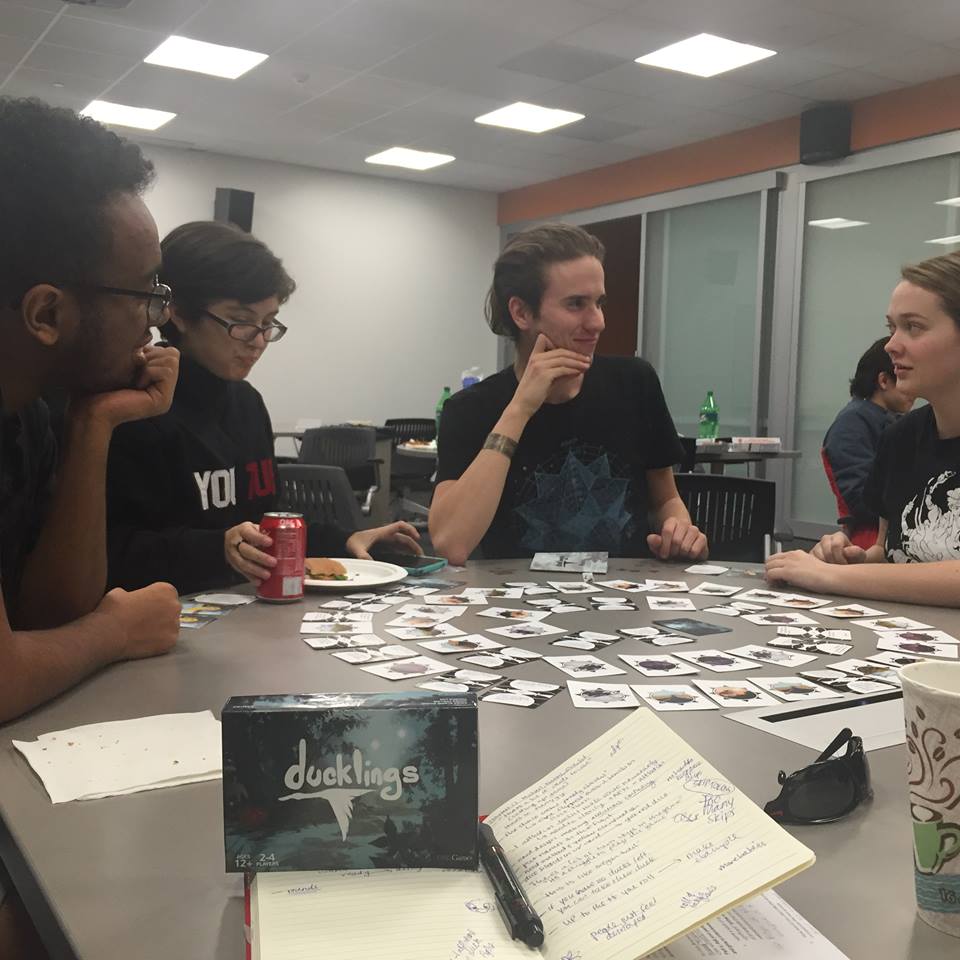