Winter is coming. Or just the Baratheon Brothers

It's worth remembering these sets include new characters that can be used to customise the army how you prefer. However, a player must decide the loyalty of the army, as this then dedicates the characters of that army to that kingdom. No one may, for example, use someone loyal to Renly in an army pledged to help Stannis, which will force you into choosing wisely how you build your army.

The first, Baratheon Heroes #1, is a look at Stannis, the older brother of the pair. This set will include Stannis, who “causes the unit in which he’s attached to become a R’hllor unit. This keyword comes into play with his Tactics cards. His unit also gains Fearless, never having to worry about becoming Panicked or taking hits to their Morale.” Of course, the army doesn’t stop only with its leader, and more information on Baratheon Heroes #1 can be found over at CMON. 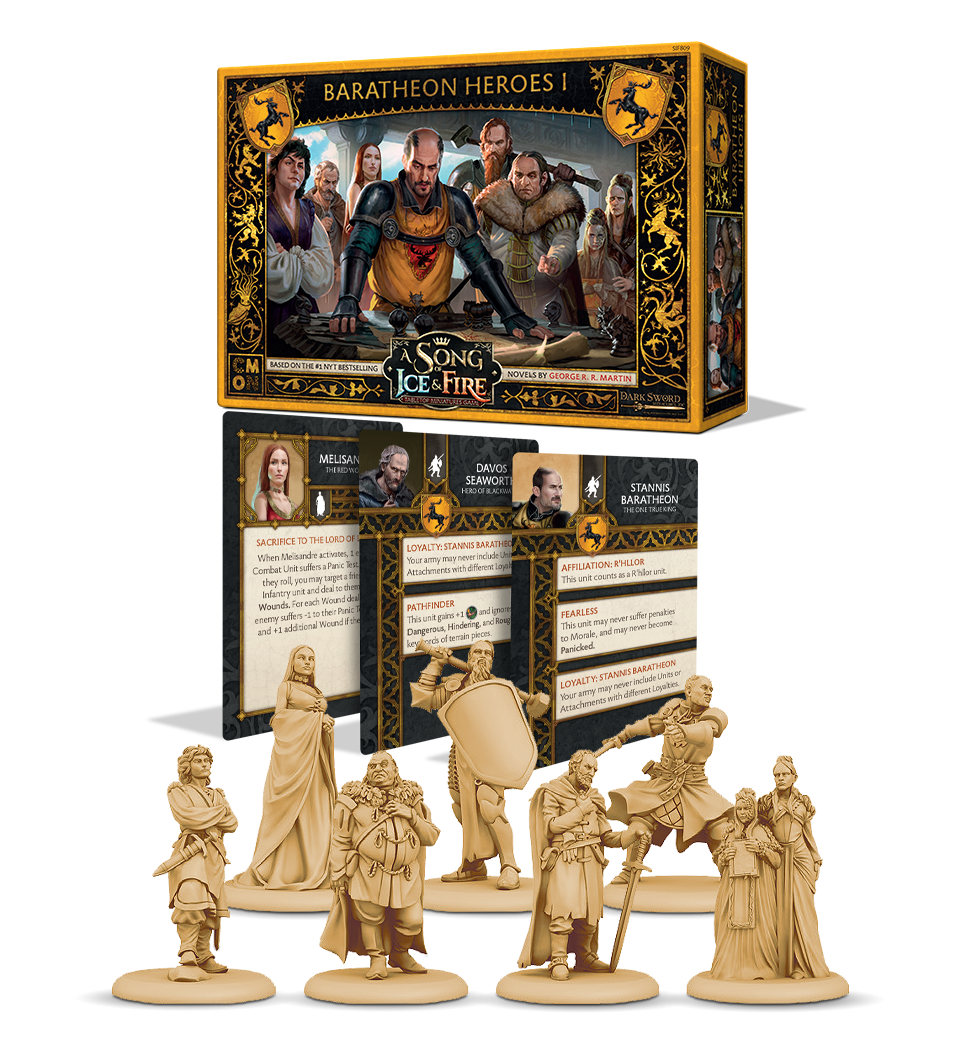 Of Baratheon Heroes #2, there’s more information regarding characters having sworn their allegiance to Renly. Though the younger brother, “He brings his Unwavering Charisma to whatever unit he’s in. That grants the unit immunity to enemy Tactics cards or Influence by enemy NCUs. With how strong some Tactics cards and Influence abilities can be, not being able to be targeted by them is huge. The unit will live and die by the dice rolls in combat and not whatever dirty tricks the opponent might have in store”. Again, full details can be found over at CMON. 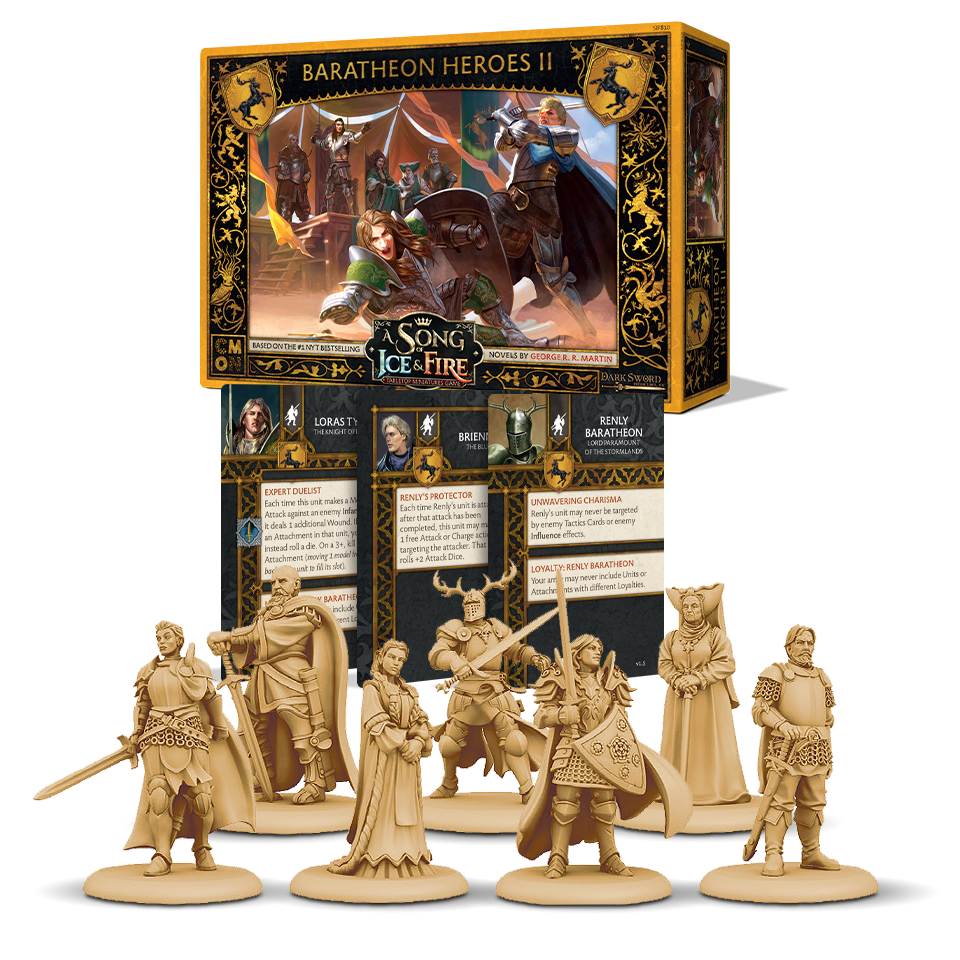 CMON has said these will be available ‘soon’, and with these teasers, we’re expecting it to appear on the horizon shortly!