Victrix has shown off a number of Ancient plastics for use in battles set during the time of the Roman Empire.

The first lot of miniatures are Germanic tribesman, armed with a mixture of swords and shields. At the moment, the box set is planned to contain 60 miniatures, divided between six warrior frames and two command sprues. As can be seen from the pictures, the command sprue will have options for a musician and a standard bearer. The figures are dressed in a mixture of chainmail and Roman armour, and sporting some fine face fuzz to boot.

Victrix have also shown off previews for a new Dacian Warrior range as well. The Dacians. A Thracian people, the Dacians inhabited Dacia, an area located near the Carpathian Mountains and west of the Black Sea. 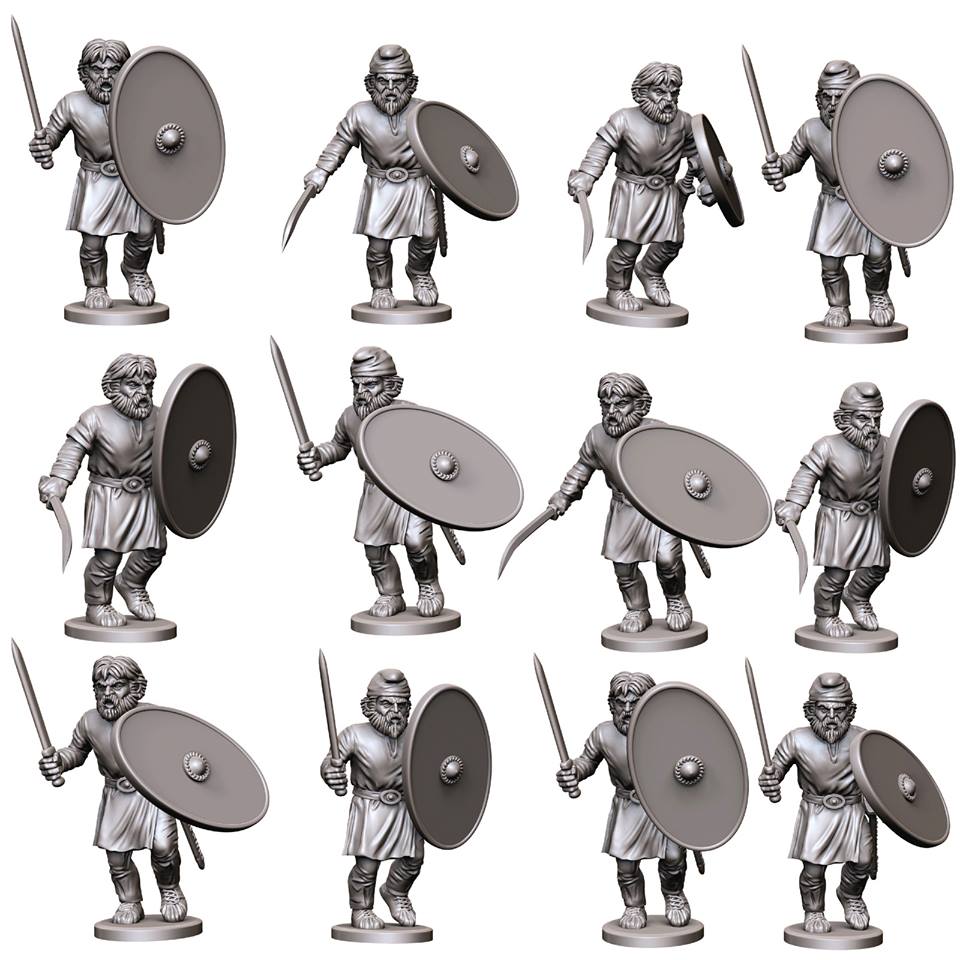 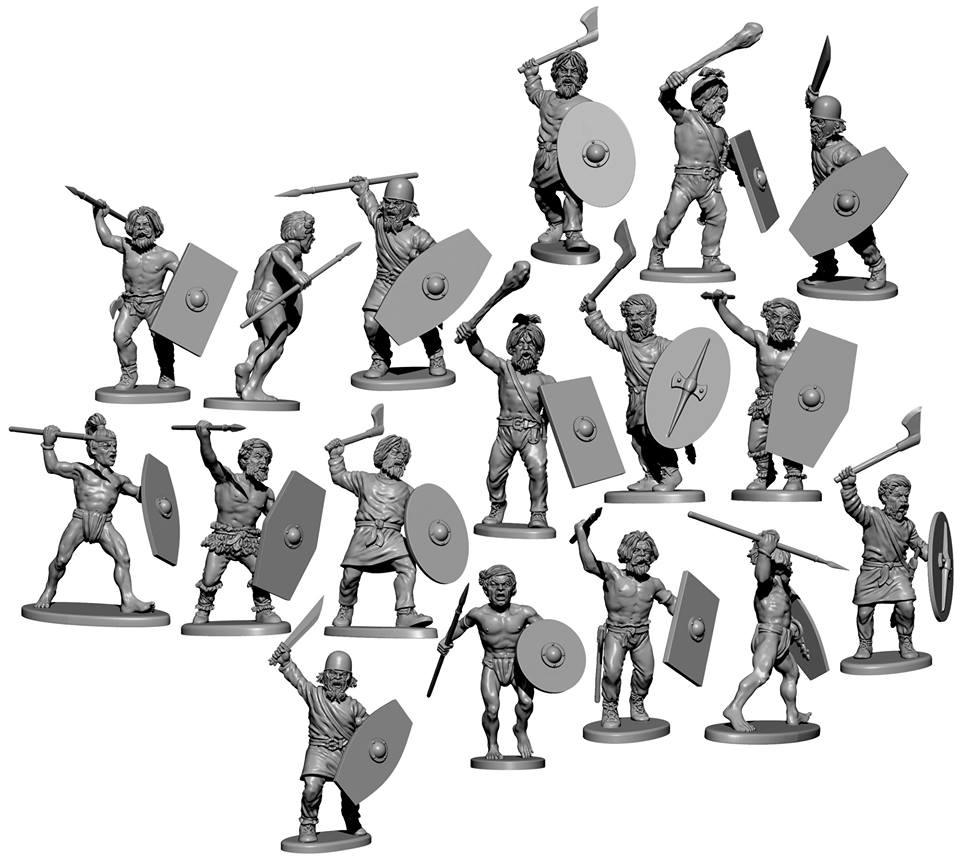