Daniele Tascini, an Italian game designer for those such as T'zolkin: The Mayan Calendar, Tekhenu: Obelisk of the Sun , and Teotihuacan: City of Gods, has had ties severed with publisher Board&Dice over a number of comments made. These were originally shared by Jay Bell on Twitter:

Well then.... another dark day in board gaming. No more T’zolkin or Teotihuacan for me.

In response to the comments made, Board&Dice immediately released a statement, condemning unequivocally "all aspects and acts of racism, intended or not", resulting in the suspension of "all collaboration and work with Mr Tascini", noting that it is "under contractual obligation to continue to support previously released board games designed by Mr Tascini, we will not consider any future designs of his for publication". The full statement is below. 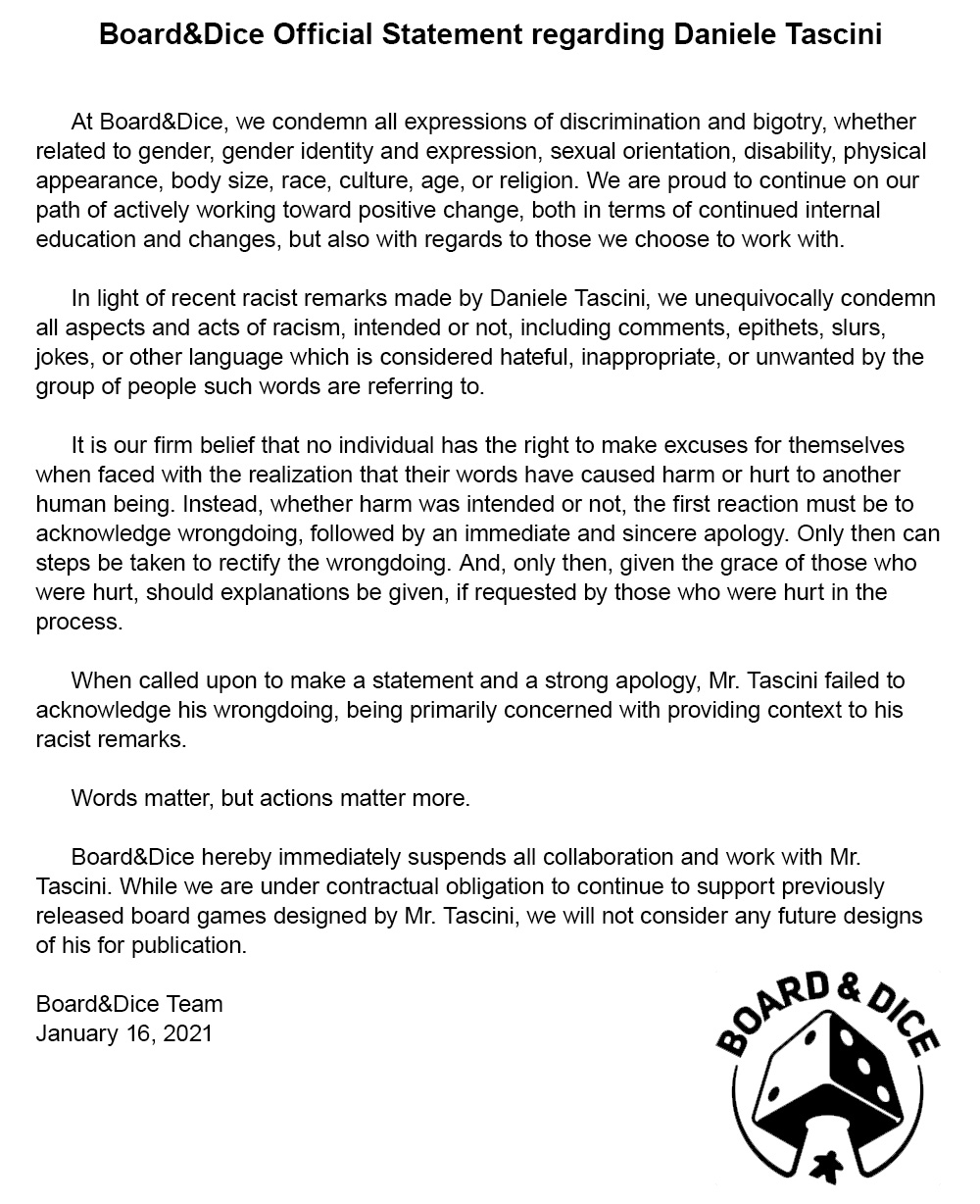 It is therefore believed that publication of long-awaited Tabannusi will still occur.

Following this, Daniele Tascini posted on his Facebook an apology to "all fans of the games I have designed or co-designed, the publishers and others I have worked with. By my words, I have let you down. You should be able to expect more from me, and I realize now the hurt and damage I have caused." You can read the full apology below.

My name is Daniele Tascini and I am deeply ashamed of what happened earlier today. I was especially shocked to see how...