Some great news to come following Street Masters, with Street Masters: Tide of the Dragon, a standalone expansion. It's a cooperative miniatures board game of street brawling for 1-4 players, which will be available within crowdfunding soon.

The game is designed by Adam and Brady Sadler (Heroes of Terrinoth, Altar Quest) with Scott McFall and Mitch Schroeder, and they say is inspired by classic arcade games in the "beat 'em up" style - you know the ones! - and previous Hong Kong action movies. It's a real fighter style game, giving you the vibe of fast combat.

Los Angeles, CA – October 07, 2020. The mysterious Dragon Gate organization rains terror upon the streets of Hong Kong, while two rival triads take advantage of the chaos to further their nefarious goals. Only a small band of dedicated fighters can stand up to the madness threatening their home.

The game is said to utilise the Modular Deck System, which is a quick set up, but card-driven gameplay, with mix and match decks plausible for big customisation options. It's a unique card deck, and a set of custom action dice, that you'll use to prevent the boss from achieving nefarious goals.

Inside the box is 52 miniatures, 4 new fighters with Fighter and hero story decks, a double sided map tile with two new stage decks, two new enemy factions with enemy and showdown decks, 4 terrain cards, a tide of the dragon story deck, 12 new ally/rival cards, and dice, tokens, dividers, and base rings to play out of the box. It's safe to say it's going to be a big box!

This will be launched to Indiegogo on October 21st 2020, also offering an exclusive Rumble Pack with some classic promo cards and content, plus the option for a New Challengers Pack - and pick up Street Master itself. 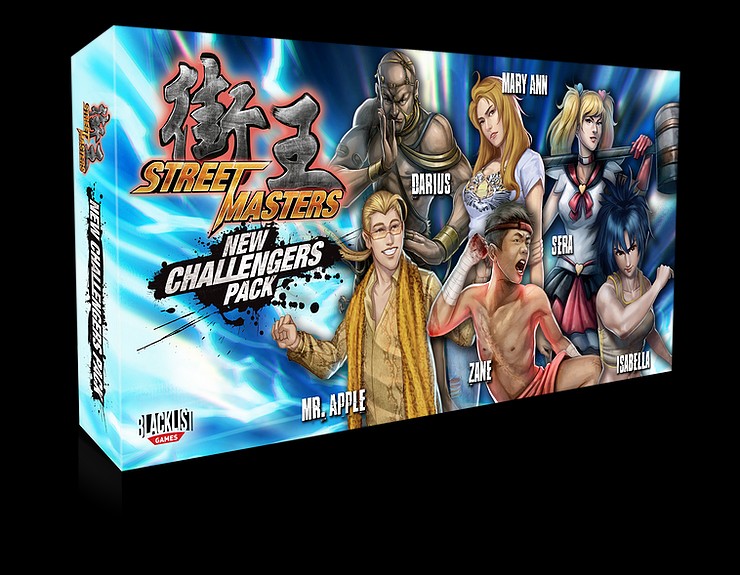 Another one to watch out for from Blacklist Games is Contra, which you can pre-order now. That focusses on the Run & Gun playstyle, so if you enjoy a battle game, they've got options for you!