Fire the forges, drink your ale and grab your battle axe; the Dwarves are marching out in force! North Star has released their new Dwarf Heavy Infantry for Oathmark.

The box contains enough components to make 30 28mm scale Dwarf Infantry, each of which can be armed either with a two-handed weapon or a hand weapon and shield. Each sprue also contains options for a standard bearer and an officer as well. They come with square 25mm bases manufactured by Renedra.

For those of you who don’t know, Oathmark is a mass-battle fantasy wargame from Osprey Games  - who will be publishing the rules – and North Star Military Figures, who, as the name suggests, do the miniatures. The game is the brainchild of Joseph A. McCullough, designer of the skirmish fantasy games Frostgrave and Frostgrave: Ghost Archipelago.

Design-wise, the figures are about what you’d expect for any self-respecting fantasy Dwarf. There’s beards, chain-mail, hammers and axes, and the typical pseudo-Viking aesthetic, particularly with regards to the rounded shields and distinctive helmets. Sure, it’s not exactly breaking the mold that Tolkien established all those decades ago, but hey, why fix something that ain’t broke, right?  It’s a classic look, and has the added advantage of being usable for a variety of systems like 9thage, Mantic’s Kings of War, 8thedition Warhammer Fantasy Battles – anything that’s got Dwarves, really! Plus, at £25 a pop the price is pretty decent for the amount of figures you get. 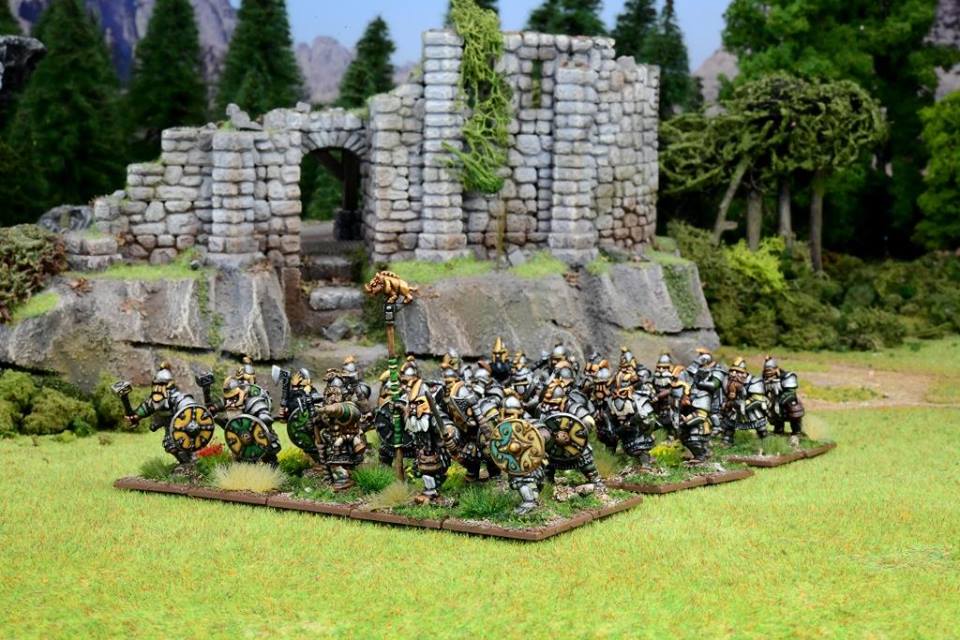 Here’s a picture of the frames below. There’s quite a variety of head options as well, which is a nice touch. 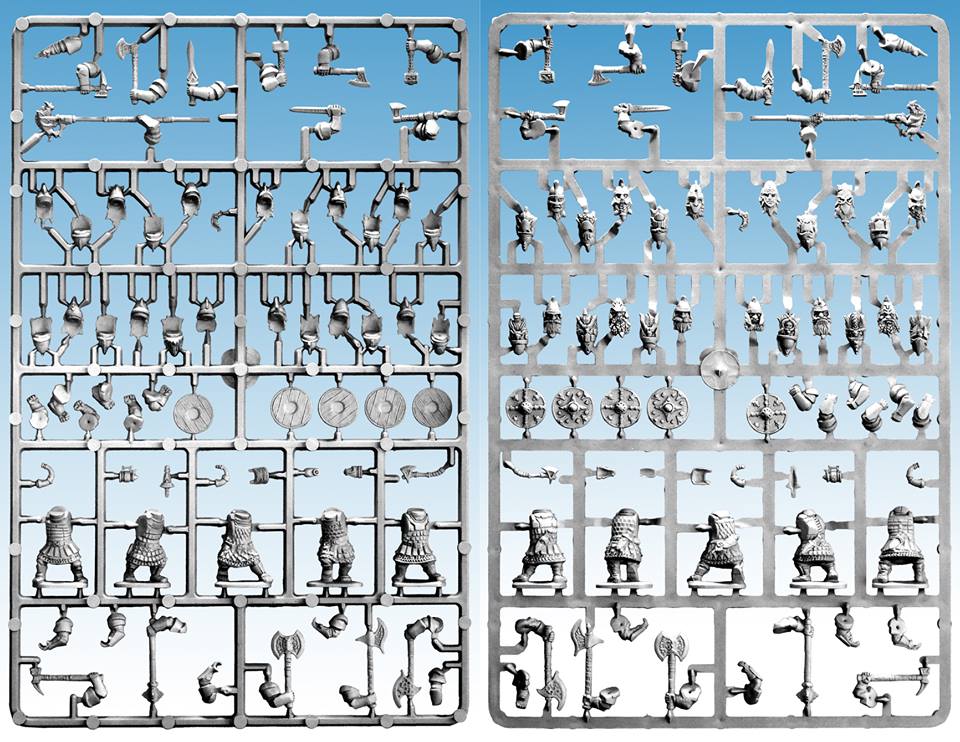