Atlantis Miniatures have been ramping up the weirdo-meter with previews of their upcoming miniatures for Fighting Fantasy Legends.

For those wondering what Fighting Fantasy is, it’s a series of single-player roleplaying game books created by Steve Jackson and Ian Livingstone that’s been going since 1982. Jackson and Livingstone are better known as the founders of Games Workshop – the latter of whom, incidentally, will be putting in a guest appearance at this year’s Tabletop Gaming Live.

Atlantis Miniatures announced a Kickstarter on their webpage, although they also said that there will be a chance to grab some of the models early. The stock is very limited however, and most of the range will only have 15-30 miniatures available. They’ll be bringing the stock along to the Fighting Fantasy Fest 3 convention on 31stAugust, held in Ealing at the University of West London.

In the meantime, they’ve teased a few minis – sculpted by Damien Sparks – on their website. First up is this chap; not overly weird, we grant you, although that crow must have pretty good balance. 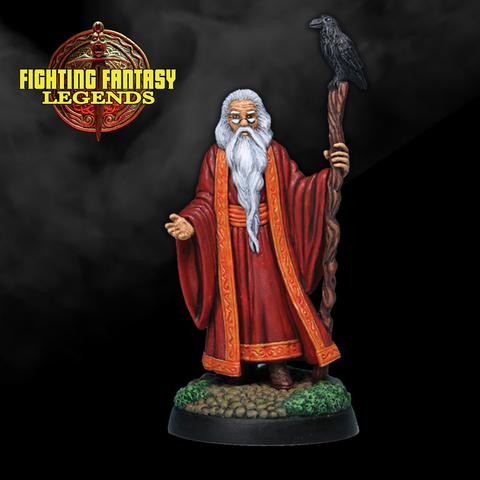 Next up, a lizard-man walking a dog. Now we’re starting to stray into the realm of the ersatz. What’s even more peculiar is that he appears to be wearing a spider for a hat – that's one fashion trend we'll be glad to miss! 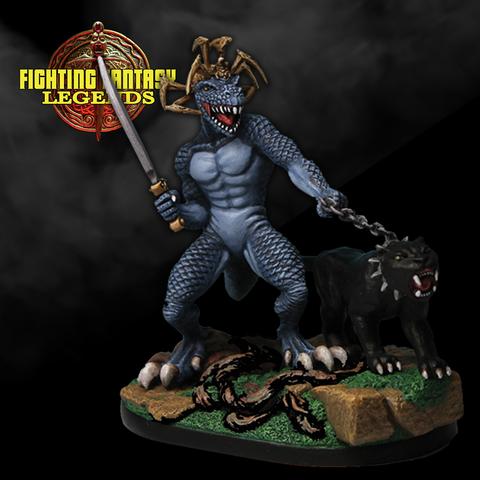 Snakes alive! You’ve got… whatever the hell this thing is reclining in a pit. Here’s lookin’ at you, pal! 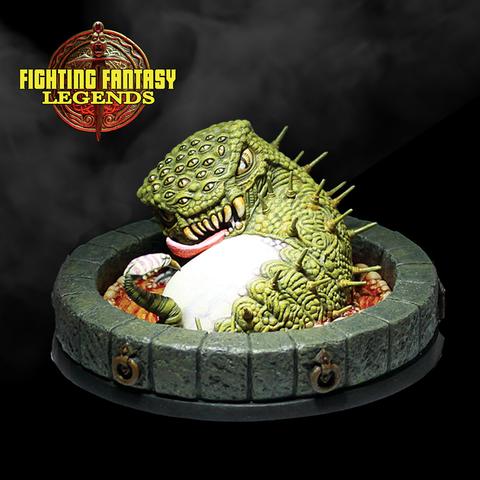 Finally, there’s these chaps – let’s face it, they’re probably the reason you clicked on this article. For all the world they look like sentient, killer Wagon Wheels – delicious, but deadly! With their goofy hands and bizarre appearance, they really evoke the strange, offbeat fantasy of the 1980s. There must be some sort of joke about rolling stones gathering no moss here. 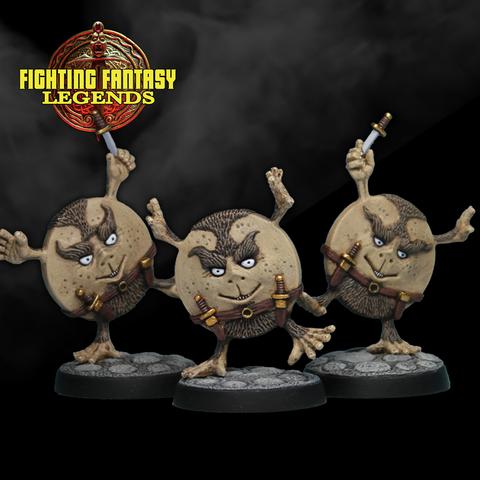 Hello, have you run this as an article in the physical copy? Thanks