… Well, technically, they’re called dress uniform infantry, but hey, a wink’s as good as a nudge to a blind man, as they say.

The new range includes heads, torsos and legs, and are designed to go with Anvil’s existing range of parts. The heads sport distinct Pith helmets, similar to those used by the British Army during the Colonial period in the nineteenth and early twentieth century. This period was also the inspiration for Games Workshop’s original Praetorian Guard, sculpted by the famous Perry Twins, who based all of their Imperial Guard miniatures on various historical armies. The Praetorians - no longer available from Games Workshop – were first featured in White Dwarf’s ‘Massacre at Big Toof River’ scenario in the 1990s, which pitted the guard against orks and riffed on the real life campaigns of the Zulu Wars (They missed a trick in naming the scenario – the Battle of Ork’s Drift, anyone?). 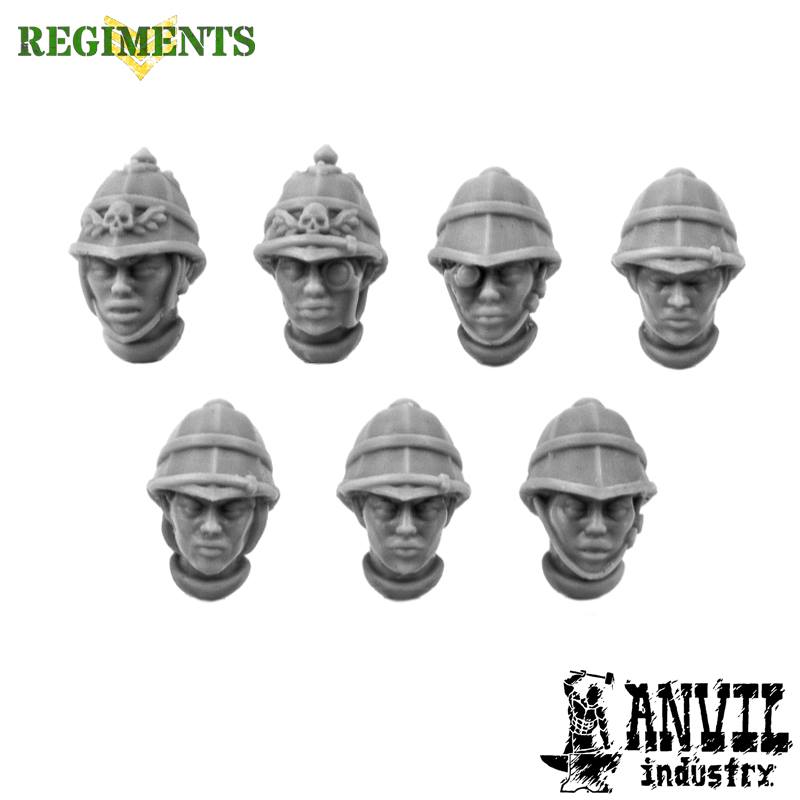 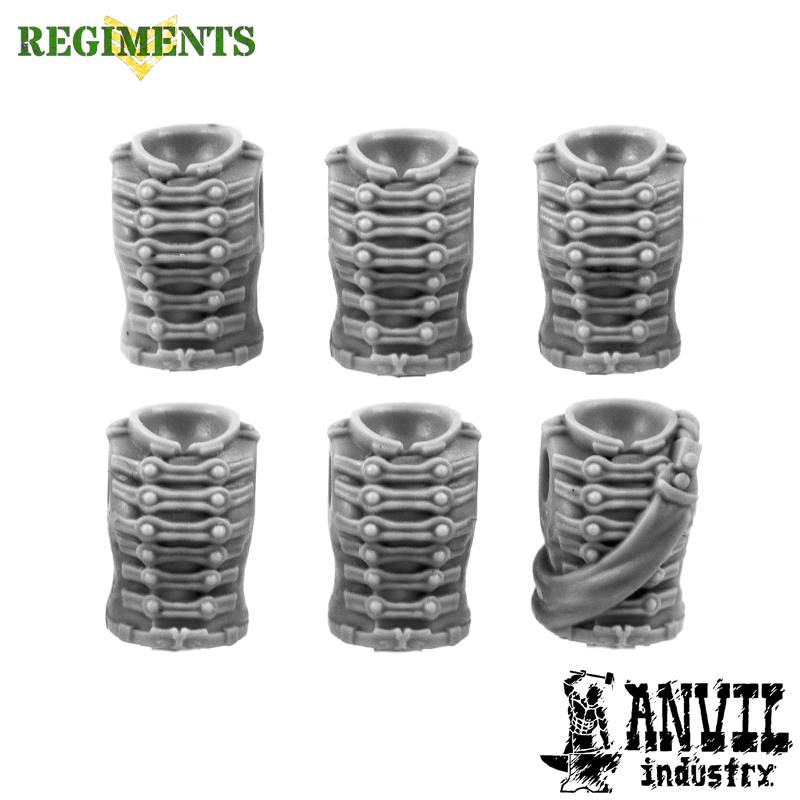 One of the clever things about the parts that Anvil Industry have started doing recently are the resin sprues for the leg parts. Usually the resin is just wasted making a runner, but anvil have textured them so that they can be used as bits for adding detail to the miniatures’ bases. It’s a clever feature that reduces waste and also gives converters a bit more bang for their buck. 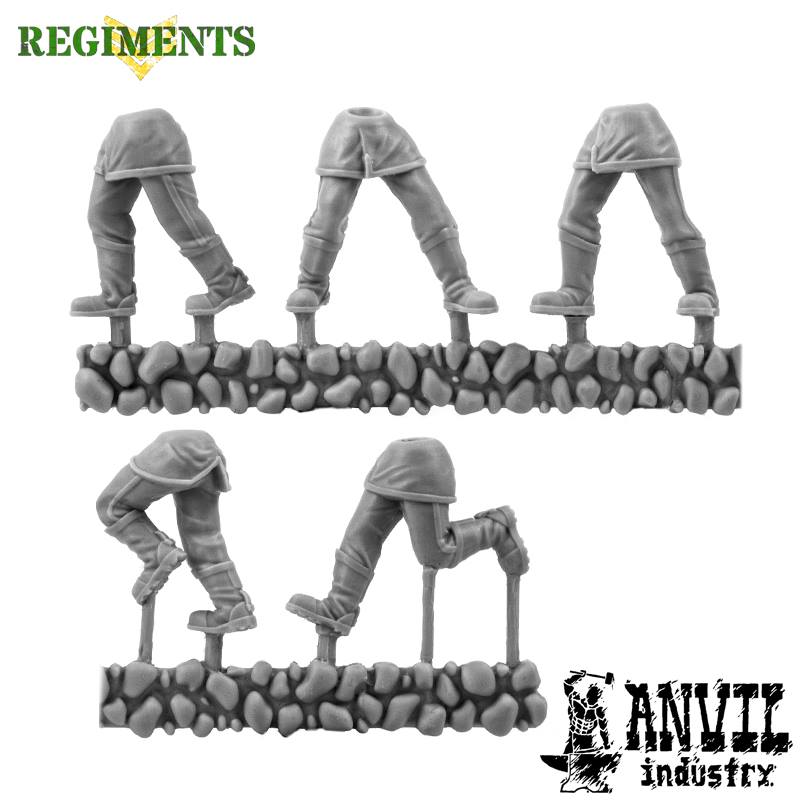 Anvil Industry is a UK-based maker of resin conversion bits, primarily for 28mm Heroic (read: Games Workshop) scale miniatures. They do a range of parts and regiments, some of which we had the chance to review here.

They’ve also recently put out a range of interchangeable rifle parts and rifle stock arms, allowing converters to equip their miniatures with either M1 Garands, Mosin rifles, trench shotguns or BAR-like phase rifles (similar to those wielded by Forgeworld’s Death Korps of Krieg). 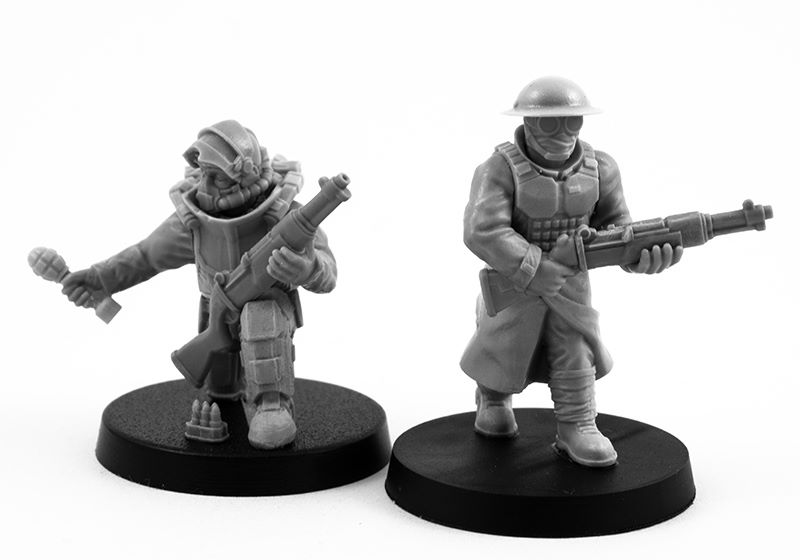 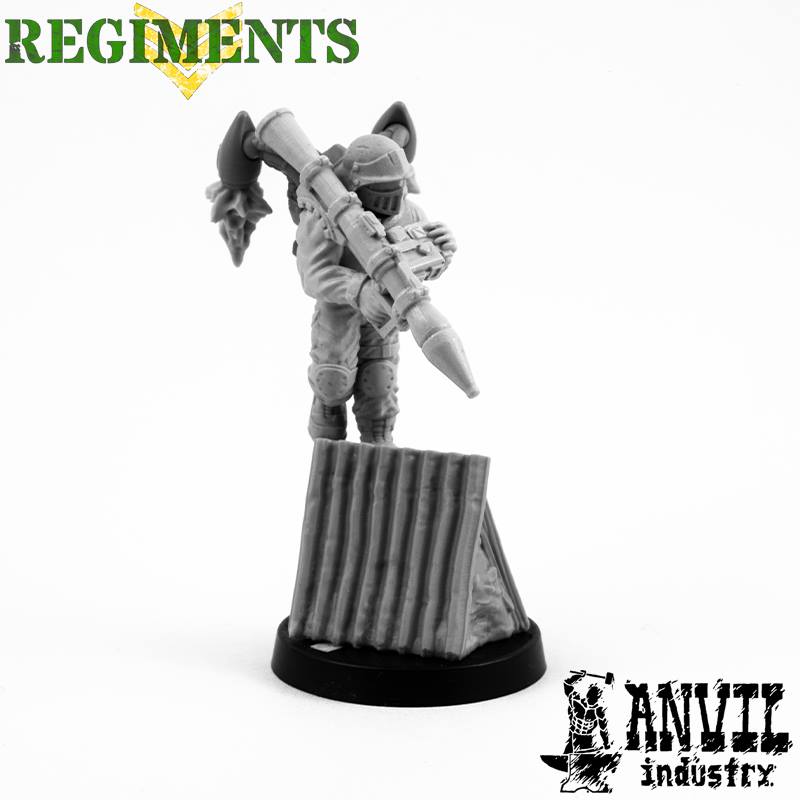