Prepare for a bone trousle

Lovers of Harry Harryhausen and Jason and the Argonauts are in for a treat with these new skeleton infantry. They come from Wargames Atlantic, a newcomer to the world of wargaming based across the pond in America. Unusually for a miniatures company just starting out, they’re aiming to put out miniatures in hard plastic, rather than white metal or resin, both of which have significantly smaller upfront costs. It’s a brave move, and we here at Miniature Wargames salute them!

The skeleton box set contains no fewer than 32 skeleton warriors equipped with a mixture of weapons including bows, spears, swords and pikes, as well as a command set comprising a musician, standard bearer and champion. In total, the sprues allow for up to 8 bowmen, 8 swordmen, 8 pikemen, 24 spearmen or any combination of that number up to the max amount. With a release date scheduled for May 2019, the box has an estimated retail price of $34.95/ £25 – not a bad rate for the number of miniatures included. 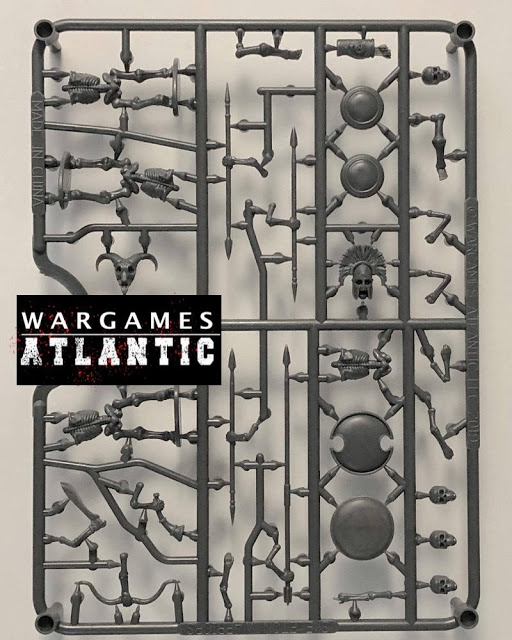 They’re 28mm in scale, though 28mm in the Historical sense, rather than the Games Workshop ‘Heroic’ 28mm sense, being comparable with something like the Historical line from Victrix or Warlord Games. The ‘Ancient Greek’ part is mostly present in their arms and armour – the swords appear to be the based on the curved Greek Falcata swords, whislt the shield design is that of a hoplon or aspis. Of course, there’s the great plumed helmet the champion’s wearing as well, which is something of a dead giveaway (pun definitely intended)!

The skeletons aren’t part of a faction for a specific game system, but instead are one of those sets that can be used with a variety of fantasy wargames. I really like sets like that (especially ones with a scale compatible with other ranges), as they give gamers a lot more flexibility when using them on the tabletop.

More information about Wargames Atlantic can be found on their Facebook page here. 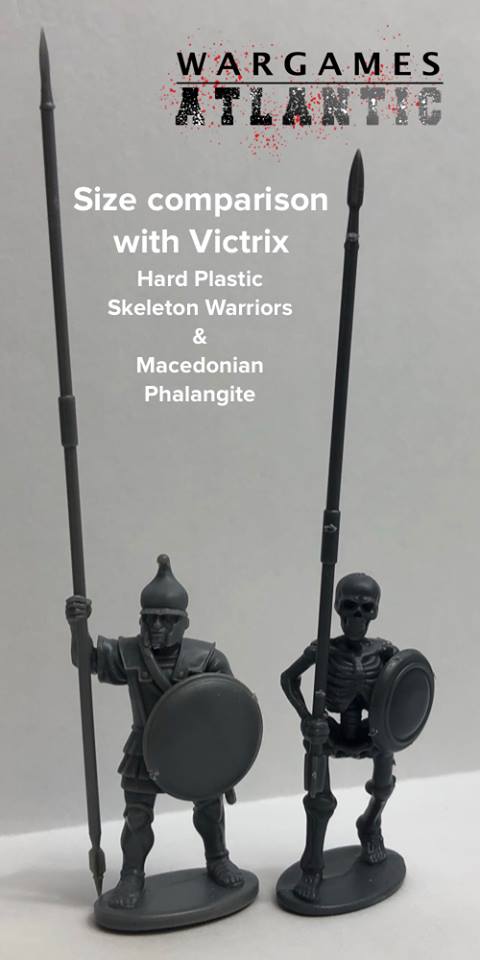