Stack cats or build a bonfire – in a tin!

We didn’t start the fire, but we did carefully add tiny logs to it with a pair of tweezers, as the famous song doesn’t go.

Alley Cat games have returned to Kickstarter with two new games, both in attractive small tins – ideal for a camping holiday or playing with your cat, one might say.

The first, Tinderblox (not just the name for a cautious dating strategy) is a game about very carefully building a fire. A kind of reverse Jenga, where players build up a fire log by log, based on the card drawn. The cards can become quite challenging as you start building up the fire, especially when some demand exacting tweezer usage.

The other, is a cat stacking game – Kittin. One has to wonder why cats, one of nature's stackable animals, are so often co-opted into games for this purpose, but here we are. This, again, demands smart stacking skills, but more than that, the ability to spot the subtly of our feline friends before placing them in their spots. Players need to match the cat layout with the card perfectly before their opponent does, but because of the subtleties of the woodcut pieces, it’s easy to get snagged by having a crucial kitty facing the wrong direction. 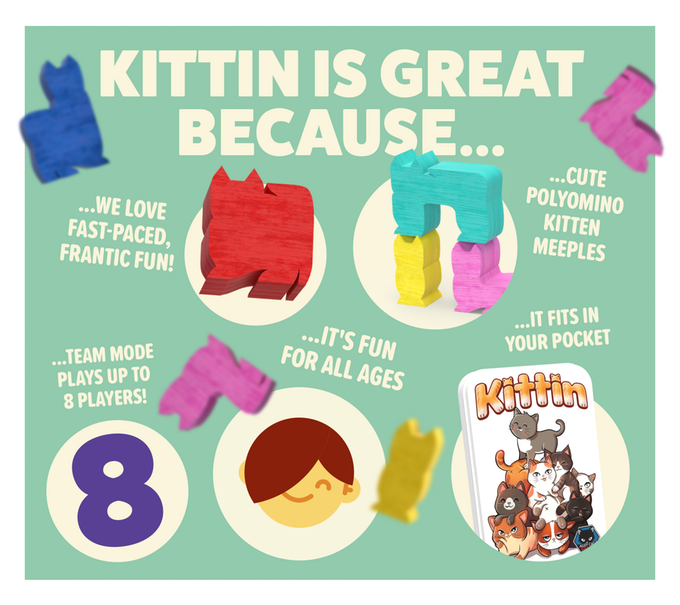 Tabletop gaming had a chance to play these games at London Toy Fair earlier this week, and both have a kind of smirking satisfaction to them.

These are the first games in the Alley Cat roster since 2019's delicious Chocolate Factory.

You can back the Alleycat Kickstarter here.