A Visual History of Magic: The Gathering's World For Less than Your Weekly Coffee If you're looking for an official guide to Magic: The Gathering, but with the visual flair that's pleasing to the eye, then taking a look at the visual histories published by Abrams ComicArts would be a good place to start. Even better though, is the fact that these are available on Humble Bundle (alongside other groundbreaking e-books) at a vastly reduced price.

Humble Bundle works by providing digital bundles at a vastly reduced cost, in smaller collections, with a portion of profits going to charity. You can choose to increase the donation or split it differently where multiple charities may benefit. The bundle in question is worth £313.24, but you can pick it up (including the MtG Visual History books) for a mere £13.59 – a similar cost to purchasing just one of the three! – representing a huge discount.

The books in question include Legends, Planes of the Multiverse, and Rise of the Gatewatch.

You can find all of these on Humble Bundle by clicking here.

We are a member of the Humble Bundle Partner program, from which we might receive a commission if you make a purchase. Affiliate links do not influence editorial coverage and will only be used when covering relevant products. 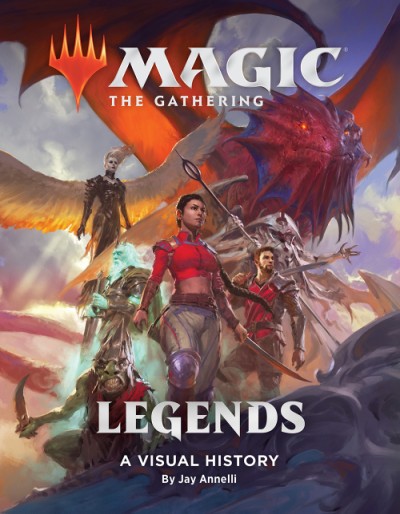 "An official guide to the most iconic legends and legendary creatures from the world of Magic: The Gathering. The world of Magic: The Gathering is home to many fantastical characters and creatures, but perhaps none so intriguing as its legends. Legendary dragons, demons, angels, goblins, vampires, merfolk, wizards, and more roam the multiverse. These characters harken back to Magic's early history, having been introduced in one of the first Magic card sets (1994's Legends); new legends continue to tell epic stories in lore and on the battlefield through the present day. Magic: The Gathering: Legends showcases high-quality reproductions of the legendary card art from across the game's history, in many instances for the first time outside of the card frame, along with accompanying histories written by Jay Annelli. This collection also offers exclusive insight into the art and mythology behind some of Magic: The Gathering's most powerful, popular, and enduring legends, including Niv-Mizzet, Emmara Tandris, Marit Lage, Sisay, Atraxa, the Eldrazi titans, Edgar Markov, Queen Marchesa, Zurgo, Pia Nalaar, Zacama, King Algenus Kenrith, Snapdax, and many, many more"

Magic: The Gathering: Planes of the Multiverse: A Visual History 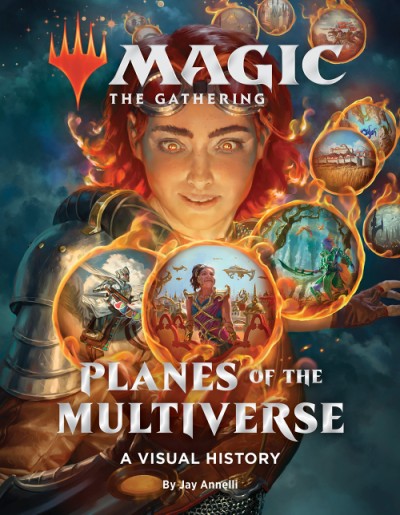 "The many planes of Magic: The Gathering's storied Multiverse have served as host to countless epic battles and dramatic cataclysms\u2014and each world is richly and uniquely populated with its own fantastical creatures, iconic characters, and legendary Planeswalkers. In Magic: The Gathering: Planes of the Multiverse, author Jay Annelli presents a visual guide to the history behind lore-defining events from the Phyrexian Invasion to the War of the Spark, as well as character profiles for Karn, Narset, Vraska, Sorin Markov, and other fan-favorite Planeswalkers. Planes of the Multiverse pairs original artwork in many instances reproduced for the first time outside of the card with detailed primers on each plane. This collection offers exclusive insight into the art and mythology of some of Magic: The Gathering's most popular and enduring locales, and the characters that inhabit them." 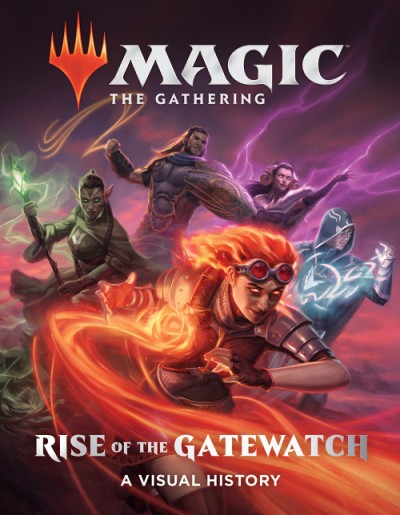 Magic: The Gathering: Rise of the Gate Watch: A Visual History

"Over the course of its 25-year history, Magic: The Gathering—the world’s first and most popular trading card game—has redefined the fantasy genre through its exploration of diverse, fantastic worlds. And traversing those worlds are Planeswalkers, heroes who have sworn to defend the Multiverse from harm. Magic: The Gathering: Rise of the Gatewatch is a visual history and celebration of Magic’s first team of Planeswalkers—Jace Beleren, Ajani Goldmane, Gideon Jura, Kaya, Chandra Nalaar, Nissa Revane, Liliana Vess, and Teferi. The Gatewatch’s character histories, from their origins through their final confrontation with Nicol Bolas, are presented here via the very best card, packaging, and convention-exclusive artwork, all of it reproduced together here for the first time, some seen for the first time outside of the card frame. Rise of the Gatewatch is a giftable visual reference guide sure to appeal to new and longtime Magic fans alike."

Of course, as part of a bundle you'll also receive a further 21 items, including Incredible Nellie Bly, Whatever Happened to the World of Tomorrow? Trashed, The Imitation Game: Alan Turing Decoded, Parable of the Sower, and more. Head over to Humble Bundle to pick up yours today.