Where Did It All Begin for the Designer of Merv and Ragusa, Fabio Lopiano? The Italian designer of Merv and Ragusa reflects on his Renaissance-set debut, 2017’s Calimala in Tabletop Gaming Magazine

“I’m a software engineer and I began playing modern games – like Puerto Rico and St. Petersburg – about 15 years ago, when I started working for Google in Zurich. Then in 2013 I moved to London and joined the London On Board group, where I met a few designers and started playing prototypes and unpublished games. It was there I had the idea of trying to design a game myself.” 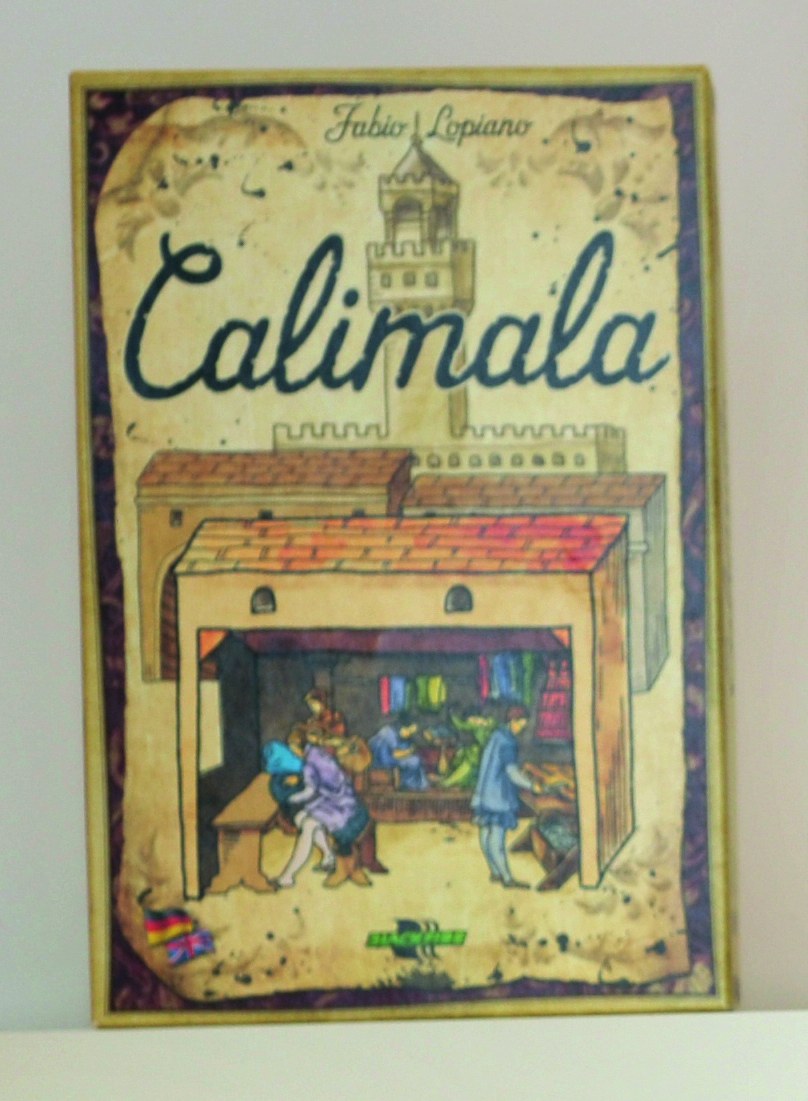 “Calimala started as a simple card game and then eventually grew. I began with the core idea of a simple worker placement, where you place your worker between two randomly set-up actions, and do both actions. Then I had to find a setting to make it more interesting. There are thousands of games about Florence in the middle ages, right? [Laughs]. But very few actually try to tell the story of how the Renaissance started. So I did some research and I learned about Calimala, this guild of cloth traders, who became bankers and started contributing to the building of cathedrals and sponsoring artworks, and so on.”

“While playtesting I tried to adjust the game so that it was more accessible, but at the same time still challenging. An important aspect is that it’s very interactive, but in a good way, because there are lots of ways to get extra actions from other players. You need to be careful not to give too many away.”

“I started working on it at the end of 2013, but it took me a few years before it was actually good. I took it to the Playtest UK meetup where I got lots of great feedback and ideas, and it slowly took shape. Then in late 2015, I found out about the Hippodice competition in Germany for new designs. Just the day before the deadline, I submitted Calimala, and I won that contest! It was completely unexpected; I only entered because I heard you got very good feedback from the judges. Then I received offers from several publishers.”

“Calimala is a medium-weight Eurogame about the beginning of the Renaissance in Florence, where players are merchants who produce cloth to sell it in various countries. On your turn, you place a disc between two actions, giving you both actions. But the disc stays there, and when other discs are put on it, it is reactivated. Then eventually, after a few activations, it is moved to the palace, and becomes important for scoring and tie breaking. The most points win, but it’s a majority game, so you want to be present for most of the 15 scoring opportunities. You won’t be able to win them all, but if you’re present in most of them, you’ll do well.”

“The game did pretty well, actually above expectations. But the main problem was the company I signed with, ADC Blackfire, was acquired by Asmodee a couple of years ago, and they shut down its board-game division. So it’s been out of print and without a publisher for a while. I’m looking to get a new edition out, because it’s probably my favourite game of the ones I did. Mostly because I spent so much time on it. I designed it for fun, just to do something different, and I didn’t expect it to get published.”

“Playtest a lot. Find other designers to critique your game. Your first game will be very bad, like my first version of Calimala was, but thanks to persevering and getting feedback and changing one thing at a time, it eventually improved a lot. Don’t expect your first version to be a great game. If you go to a playtest event and they tell you your game is great, then you wasted your time because you didn’t learn anything!”