Unfolding the Minds Behind Mazescape 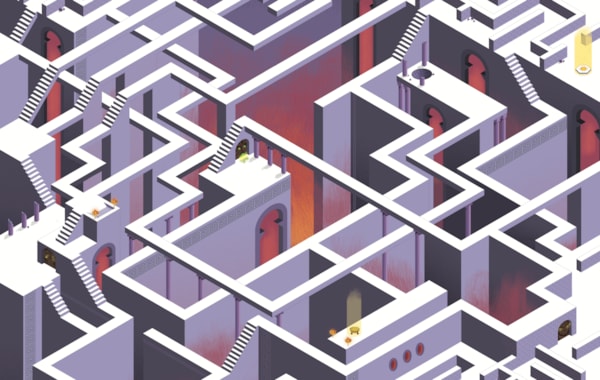 The new Mazescape games ask us, can we draw our way out of a paper map?

Ever wanted to play an M. C. Esher drawing? Ludisimo have you covered.

Ludoismo is a small games publisher in the skinny South American country of Chile run by Pablo Céspedes and Víctor Hugo Cisternas. They have published a number of games from other designers as well as work as a development team that then licence games on to bigger publishers. Here though, they are designers of an intriguing set of maze escape games that arrive on your tabletop in the form of a small box filled with pamphlet thickness folded maps. These maps ask you to trace with a pointer your path through the maze. Easy right? The kind of thing you’d do on a paper kids menu at a restaurant as a child, right?

No, not in Mazescape. The maps are folded and cut in a way that you have to manipulate the folds, flicking one up, closing one panel and opening another, the only rules are you have to stay on the path, and you can’t move a panel you’re on. If you want to do well you’ve also got some other sights to see on your way to the exit 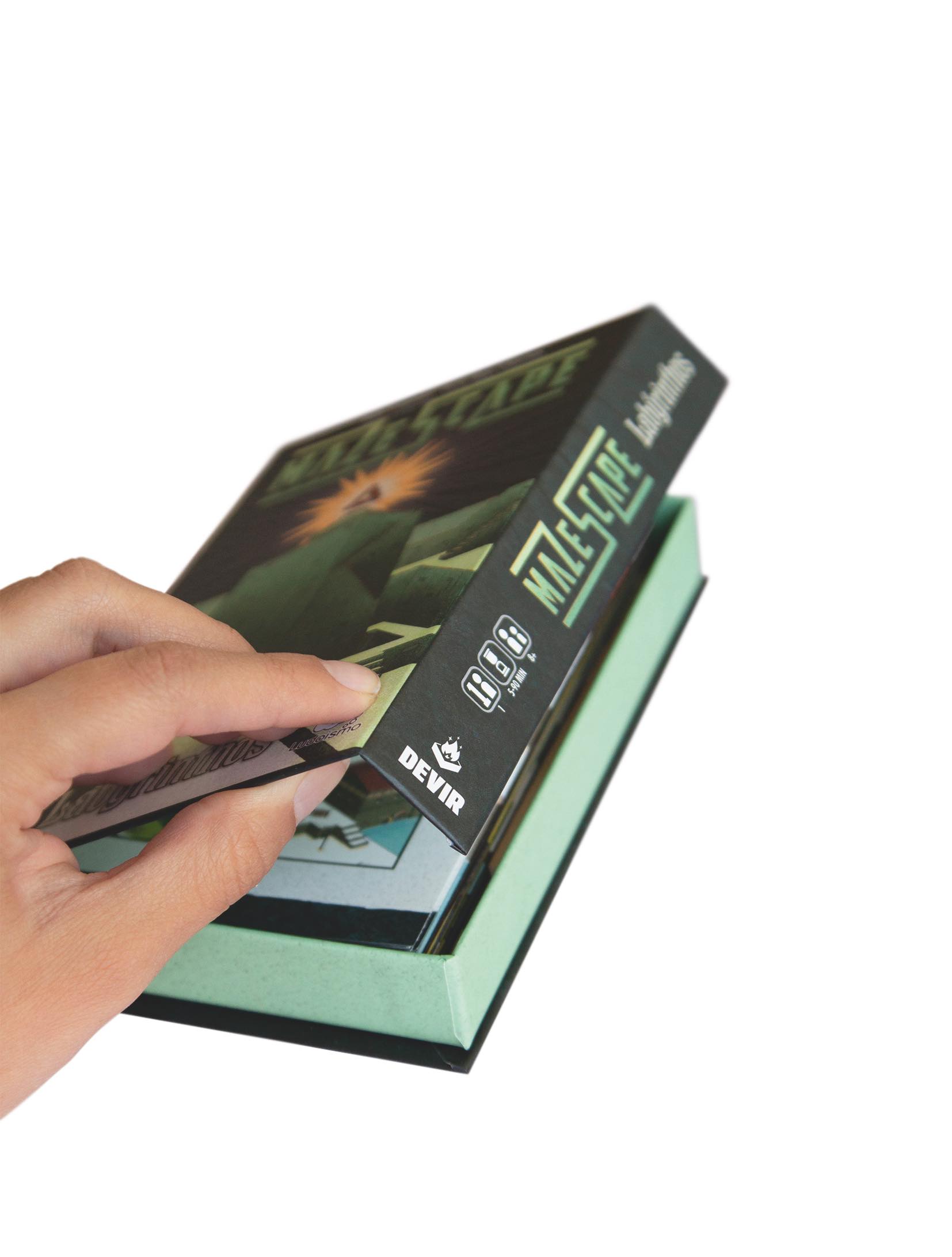 “Around 2014 we asked, ‘how can we make a maze that makes you feel lost inside?’,” say the designers about the genesis of the game, “because, with a central aerial view you can see the exit. But if you’re really inside a maze, you cannot see the exit, you’re lost inside. So that’s where we started.”

“We tried many different mechanisms, until we arrived at the idea of folding pages. We started experimenting with this mechanism from the top-down viewpoint,” they go on to say, “it’s at this time we were also seeing a lot of optical illusions – as we were working on a few games that used then. Then we added the isometric view – and that was it.”

Those optical illusions are at the heart of the game. It’s likely what made you stop at this page in the magazine. The routes run in unlikely angles that, when you fold or open the map further, add extra confusion. This isn’t only because of the new routes open in front of you, but also because of what you’ve now obscured by folding it face down on the table. It’s disorientating in a way that is surprisingly effective.

“We had to find constraints for how to move within the maze and we have a story behind every maze. Sometimes we focus on difficulty, sometimes story. It took a couple of year experimenting with it,” say the designers, “and there are 30 or more puzzles, and each time we create more we learn something new about Mazescape.”

Storytelling is created by the suggested order of items you need to visit or ‘collect’ on your journey. This could be anything from taking a ring to throw in the fountain or lighting up the mausoleum with torches, or finding the minotaur at the heart of the Labyrinth after picking up weapons and shields to do so. These little bits of story are secondary, but subtly tied together through your frustrated wanderings. 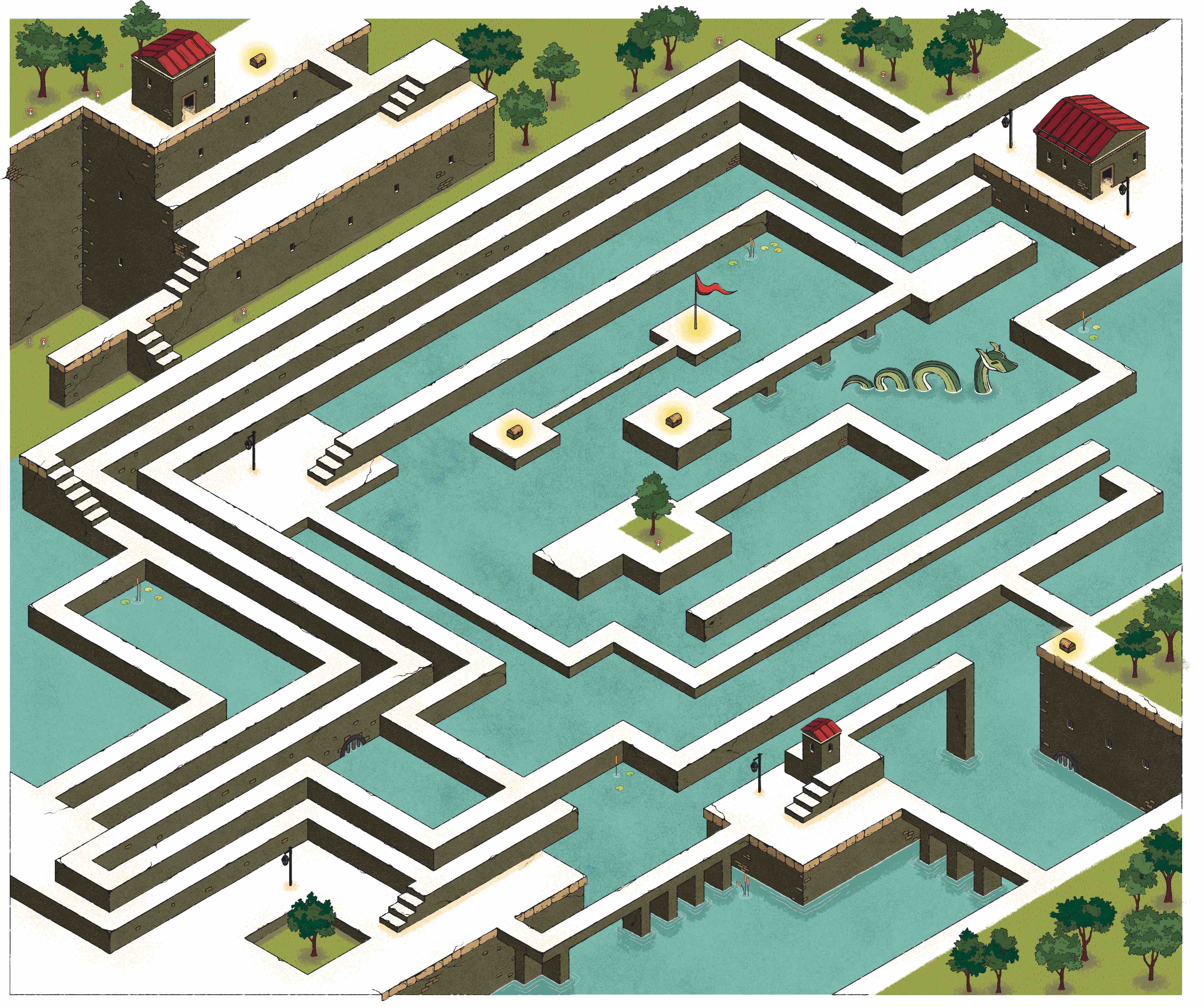 And for all this we have to say, some of the maps are extremely hard, “some people do not like to be lost in the maze, but others really like the challenge,” say the designers, “and we thought it’s best to make it as good as possible for those who like that challenge.”

Mazescape Ariadne and Mazescape Labyrinthos are available right now, at around £11 a box. For Céspedes and Cisternas, they’re working on new Mazescape games with new twists on their mechanism, adding the concept of “one key opens many doors,” and beginners and advanced versions of mazes.