Ten of the Best: Trading, Collectible and Expandable Card Games game - lord of the rings: the card game

Here's a round of our top 10 trading, collectible and trading card games

Looking for your next gaming obsession? You won’t find much better than these card games, with hundreds or even thousands of cards to discover and fine-tune your custom deck. Co-op and competitive fans alike, prepare to surrender your free time – and your wallet!

There’s no need to be a horror fan or Lovecraft lover to appreciate the polished co-op gameplay in this spin-off of the globetrotting board game, although it certainly helps. With tight mechanics and mysteries to uncover, Arkham Horror: TCG isn’t just one of the greatest recent card games – it’s one of the finest games in years, full stop!

Start your collection with: The Core Set includes the complete Night of the Zealot campaign, which is best followed by the Dunwich Legacy expansion (and then its connected Mythos packs, which continue the story).

Pick up your copy of Arkham Horror: The Card Game here 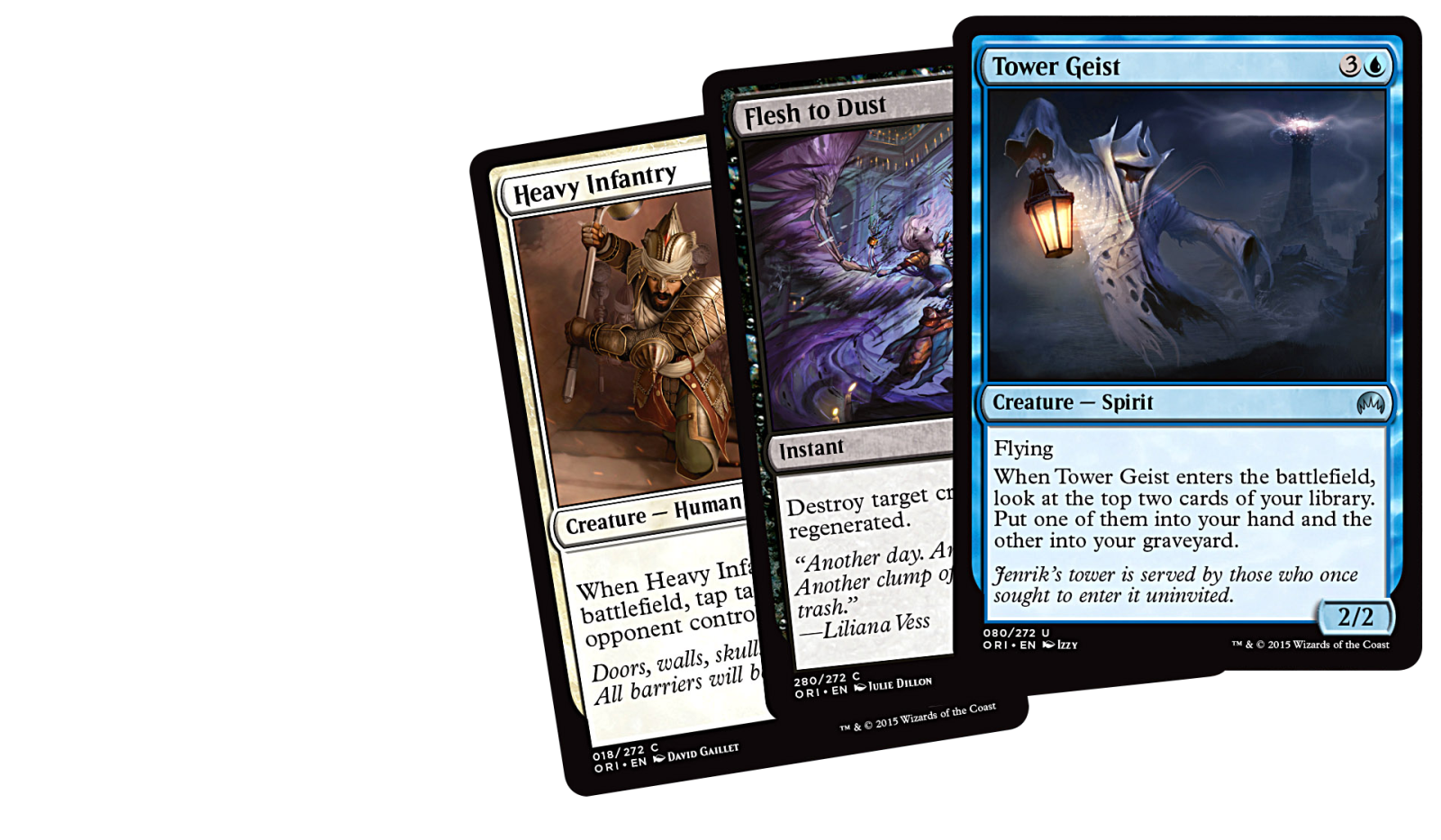 It’s a classic for a reason. The first collectible card game is still one of the absolute best around, thanks to simple but deep mechanics and a highly active community that is all too happy to introduce newcomers. It looks great, plays fast and there’s 25 years of rich lore and meta to dig into if you find yourself under its spell.

Start your collection with: Duel Decks are a great way of jumping right in with minimal effort, thanks to their ready-to-play balanced pairs of decks – another option is two separate Planeswalker decks. Once you’re ready to try building your own custom deck, the latest Deckbuilder’s Toolkit is a great instant collection to play around with. Or ask at your local hobby store for a free learn to play deck, which are designed as simple introductions to the game.

Buy your copy of Magic: The Gathering Deck Builders Toolkit 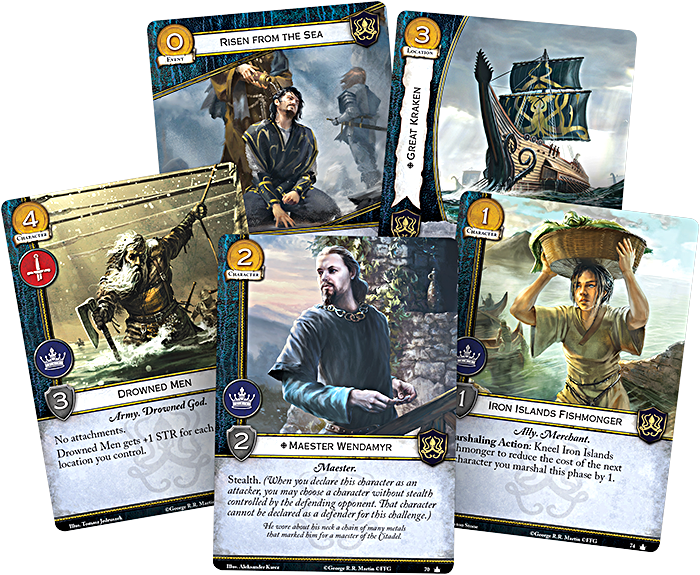 It doesn’t matter if you can tell your Lannister from your Tyrell – this atmospheric head-to-head battle for the Iron Throne is a thrilling card game that perfectly captures the scheming feel of the books and TV series, juggling military might and the power of influence. It can be played with just one other person or with multiple opponents, making it a great choice for groups of friends who can’t get enough of the fantasy universe.

Start your collection with: The Second Edition Core Set – you’ll need two copies if you want to really get into the competitive and deckbuilding side of things (or play with more people), but one will serve beginners just fine for the time being. Once you’re ready to take things further, one of the deluxe expansions and a couple of chapter packs from the latest cycle will give you plenty to dive into.

Buy your copy of A Game of Thrones: The Card Game Here 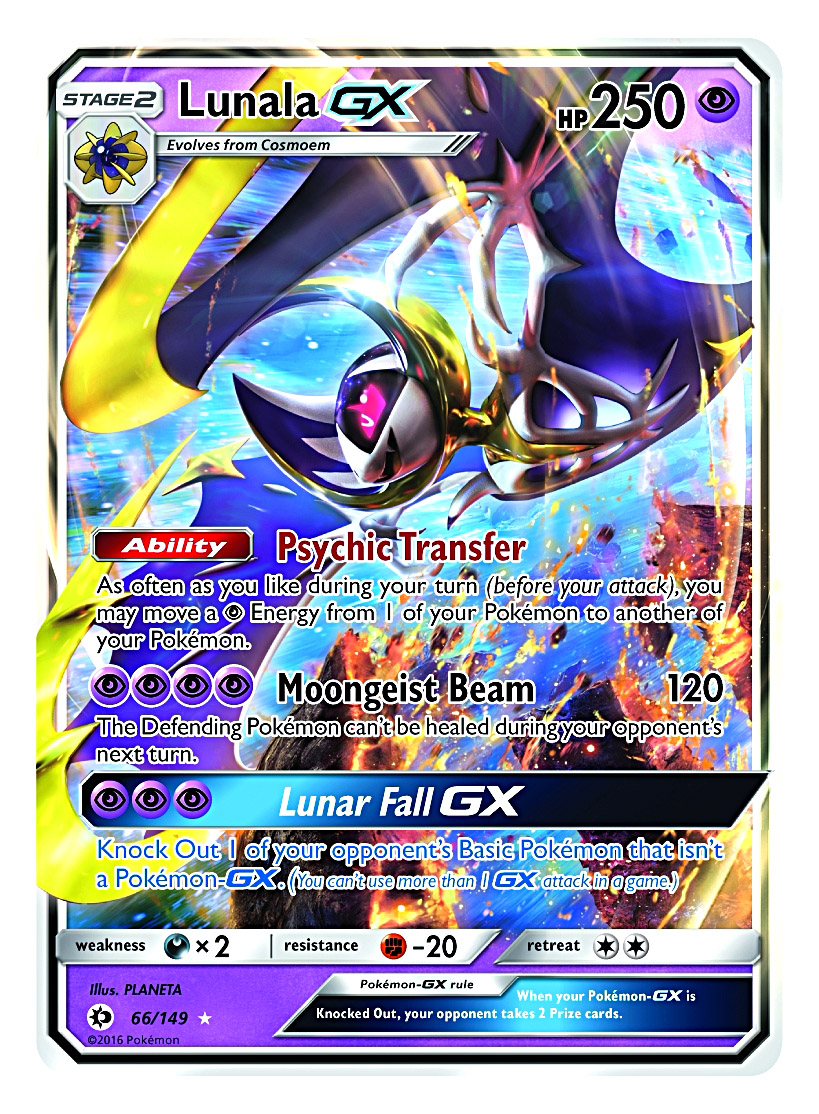 I choose you! Like its video game counterparts, Pokémon remains agelessly entertaining, bringing pocket monster battles to life with an approachable twist on the Magic formula mixed with the games’ signature rock-paper-scissors elemental combat. It’s got some of the most recognisable characters around (Pikachu! Squirtle!) and is generally a bit cheaper to keep up with than some of its competitors – it’s not just for kids!

Start your collection with: Trainer Kits are two-player starter sets that include everything you need to start playing with a friend, plus a gentle tutorial. The two decks can then be combined for a full 60-card deck, or you can pick up a theme deck and improve it with boosters if you have an idea of the type of strategy you enjoy.

Pick up a Pokemon Starter set by clicking here

5.  Legend of the Five Rings: The Card Game 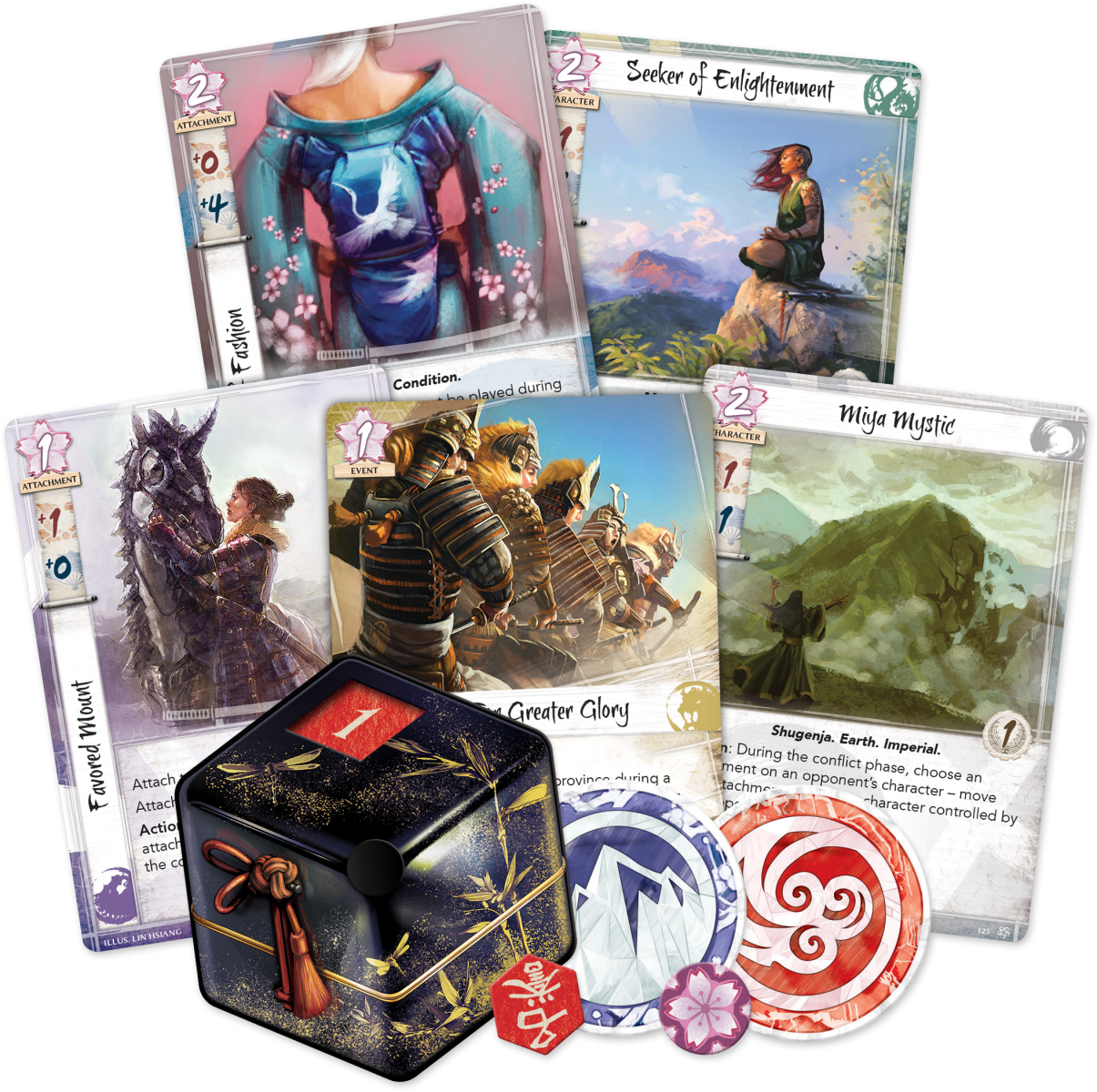 The ‘90s collectible card game-turned-living card game has been given a breath of fresh air by its recent return, opening up its Japan-inspired world and tense, brutal combat for a new wave of players to enjoy. Action centres around the interplay between each player’s dynasty and conflict decks, with an engaging mechanic that requires players to invest ‘fate’ in cards to keep them on the battlefield – one extra turn can decide the outcome of an entire match. It’s complex, deep and riveting stuff.

Start your collection with: The main box, which includes enough cards to play with any one of the seven clans and the other tokens and dials you’ll need. From there, move onto the Imperial cycle of Dynasty packs – although fans of the Phoenix clan can also consider bolstering their collection with the half- Dynasty pack, half-expansion Disciples of the Void clan pack (similar sets for the other clans are on the way).

Pick up Legend Of The Five Rings by clicking here

6. Ashes: Rise of the Phoenixborn 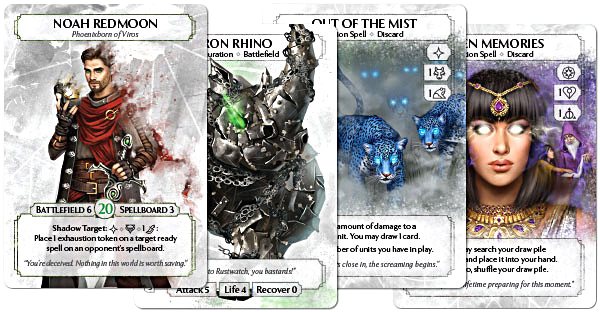 Ashes is one of the best-looking games around thanks to some truly incredible artwork, but it’s also one of the more inventive CCGs about. Dice are used as resources, with players taking main and side actions each round before refreshing their hand and pool of resources. The individual format gives Ashes a unique feel – and it’s also a little easier to get into, with less of a reliance on deckbuilding and a gentler release schedule.

Start your collection with: The main box packs in two pre-built decks and dice, with plenty of options to customise and build decks. After that, the game’s expansion decks offer up new characters (but you’ll need the dice from the base set), while the Song of Soaksend and Laws of Lions deluxe expansions go one step further with new dice, deck boxes, tokens and further gameplay elements.

Buy your copy of Ashes: Rise of the Phoenixborn here

7.  The Lord of the Rings: The Card Game 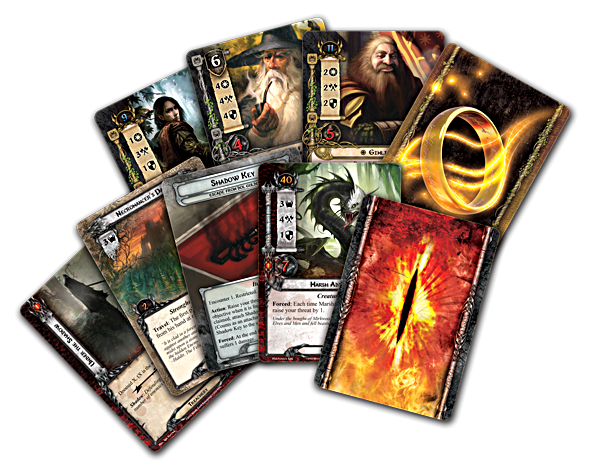 Another co-op entry in a generally competitive crowd, The Lord of the Rings: TCG is a fantastic way to explore the world of Middle-earth outside of Tolkien’s stories with a challenging and atmospheric adventure. Players use their heroes to play against the story deck, dealing with encounters as they defeat enemies and uncover new locations. Although the going can get rough, the immersive theme and wealth of quests available means that it’s the ideal choice for Tolkien obsessives.

Start your collection with: There’s plenty to get through in the core set (no need to double-up this time), but once you’ve exhausted its scenarios the Shadows of Mirkwood cycle is the next best thing. After that, following the packs in the order of their release isn’t a bad way to go – and it’ll keep you occupied for a while to come. 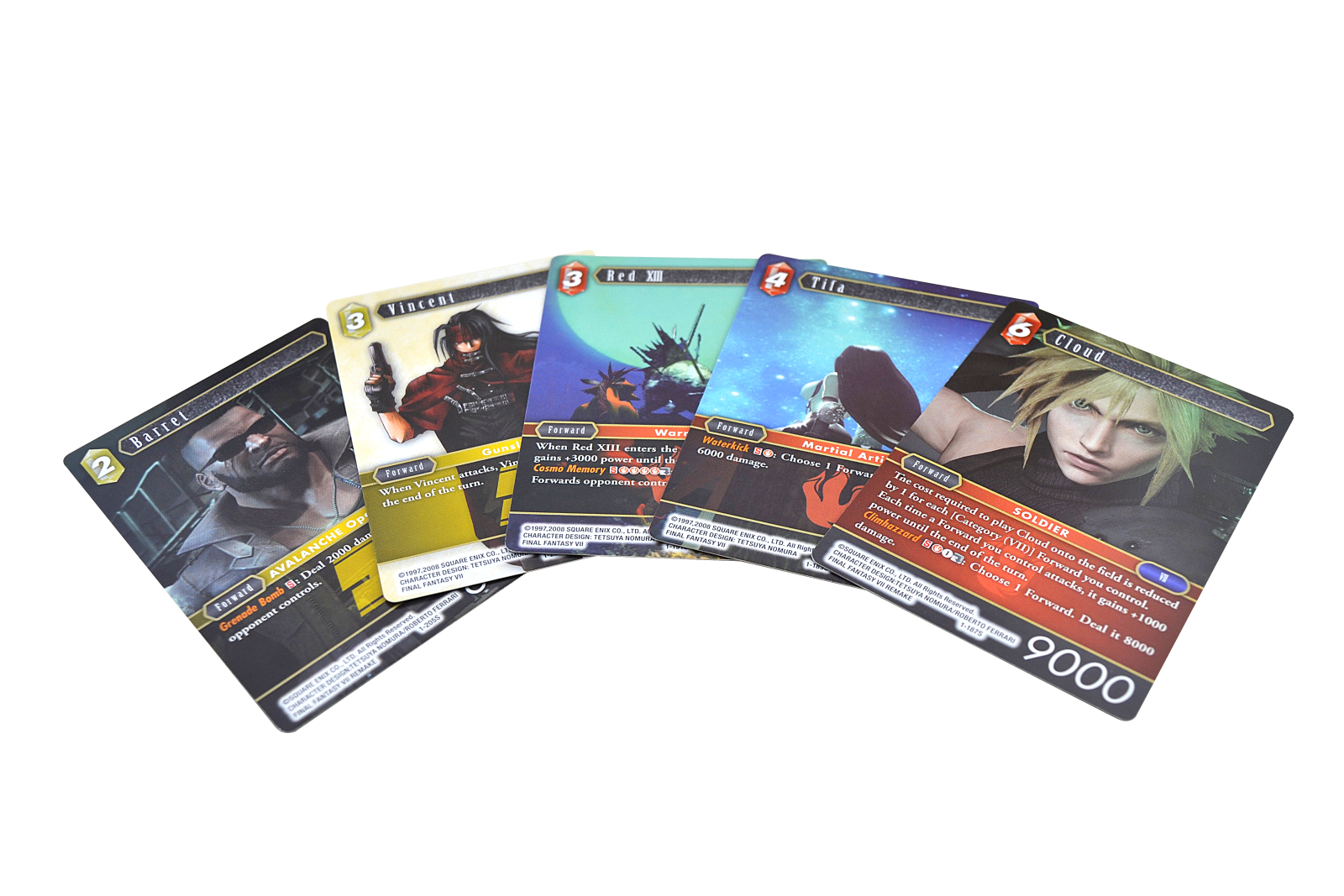 Designer by a former Magic pro, FFTCG is more than a simple clone reskinned with the popular Japanese RPG series. It adds an interesting option to pay for cards by discarding other cards, meaning there’s no need to wait around to summon powerful spells and monsters, as well as the EX Burst mechanic that offers the chance to benefit from taking damage. It’s an exciting and unique idea that works wonders, especially as matches tend to wrap up quickly. You’ll want to immediately play again.

Start your collection with: If you’re already a Final Fantasy fan, you’ll no doubt want to grab the starter set based on the game you like most. That’s fine. Otherwise, look into the play style of each deck and go with the one that best fits your interests. You’ll need to pick up two to play with a friend, as there are no bundles available.

Pick up a starter set for Final Fantasy here

The living card game reboot of Magic: The Gathering creator Richard Garfield’s tense hacker-versus-corporation is a game like no other, conjuring a thrilling race to either breach heavily protected servers (as the runner) or complete secret agendas without having your data stolen (as the corp). The asymmetric setup means there’s plenty of individual strategy to perfect on either side of the conflict, with a huge level of advanced play for those that invest in crafting their custom deck. A brilliant blend of bluffing, luck and head-to-head tactics, it’s a marvel.

Start your collection with: The new Revised Core Set, which has the latest batch of tournament-legal cards with revamped artwork. It also means you won’t need to pick up the Genesis and Spin cycle packs, and can move straight onto the more recent cycles. If you’re after a more story-driven mode, the Terminal Directive expansion has some interesting ideas worth checking out. 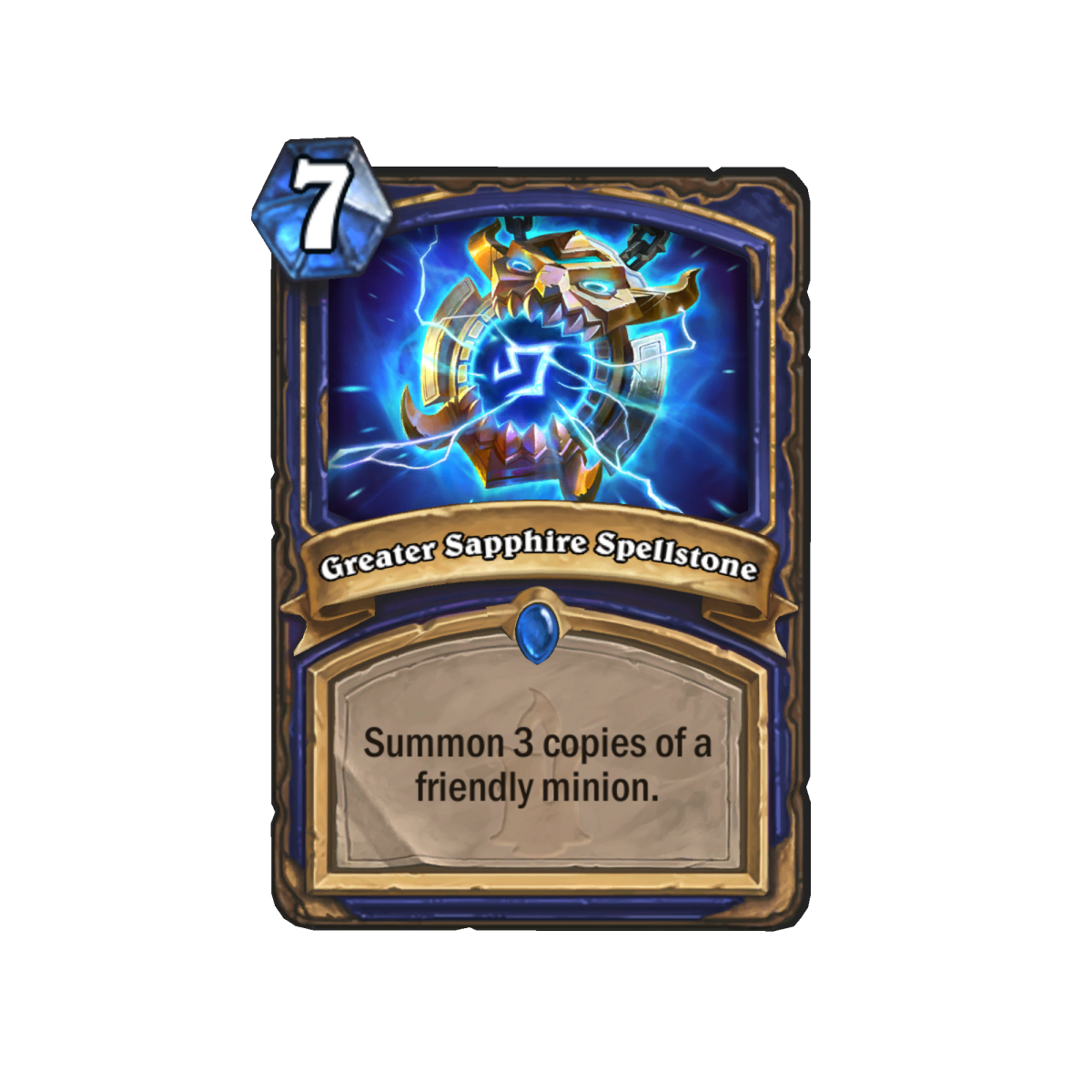 Yes, yes, we know it’s a digital card game, but that doesn’t stop Hearthstone from being a fantastic entry in the genre with some familiar concepts and fresh ideas. It’s ties to the world of Warcraft are unimportant, as they’re quickly hidden behind Hearthstone’s fast and furious card-battling – matches play out in a matter of minutes, and managing your virtual collection takes mere seconds. It’s also technically the cheapest game on this list to try out, as the app costs nothing to download.

Start your collection with: The free-to-play Hearthstone app on iOS, Android or PC. You’ll be able to play indefinitely without paying a penny, although those who find themselves hooked will undoubtedly find themselves buying one of the randomised in-app packs of digital cards.

If you love myths and legends, this game is for you! Lagim is a one-of-a-kind card game of strategy and chance. Launching soon in Kickstarter! https://www.kickstarter.com/projects/fictionminds/lagim-card-game

A game of strategy and suspense! Check this local inspired fiction game and be ready to defend your baryo! This game includes different adversaries to fight against mythical creatures and enchanting beings. Visit https://lagimcardgame.com for more details about the game.