The world’s biggest board game convention is back for another year with thousands of tabletop titles making their debut. Save yourself the plane ticket as we pick out the ones to play

The third in the hit series about tiling (who’d have thought it?) after the Spiel des Jahres winner and its sequel Stained Glass of Sintra, Summer Pavilion once again borrows Azul’s nifty tile-drafting hook and embeds it in a new arrangement puzzle. This time, there’s the added spice of wild tiles and players are completing multicoloured stars using diamond-shaped pieces, scoring points for filling the patterns and surrounding the icons on their board. Both Azul and Sintra felt like distinct games in their own right, so here’s hoping Summer Pavilion continues the trilogy’s strength. 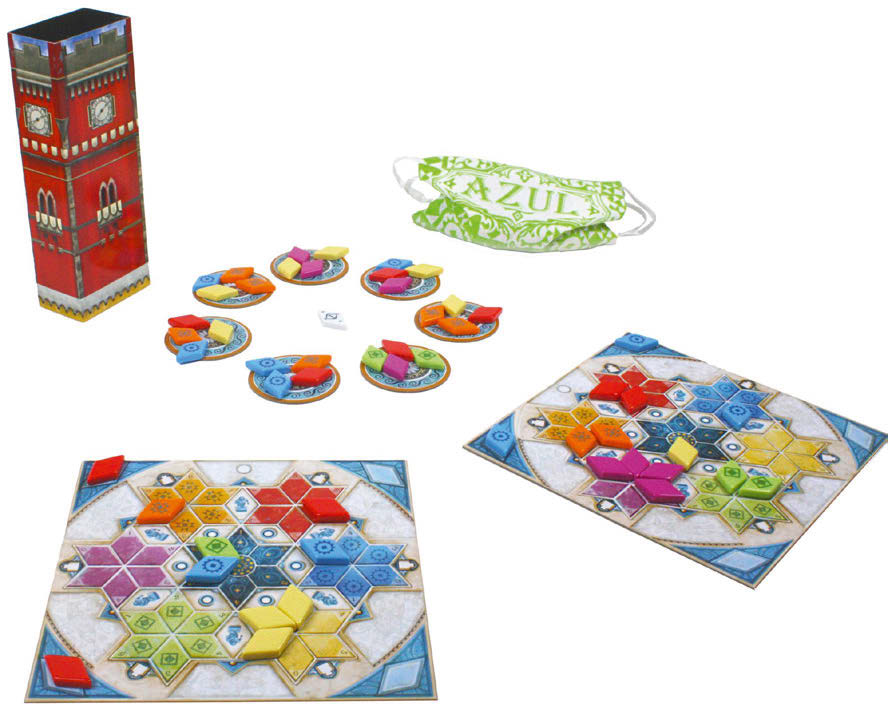 Wolfgang Warsch’s The Mind was a sensation when it landed on tables last year. An apparently simple challenge of playing numbered cards in consecutive order, it was turned into a mindblowing social experiment by the strict instruction that players couldn’t communicate in any way – except by forming a psychic link with their companions. The Mind Extreme turns the telepathic tension up to 100 with two separate decks of numbered cards, one ascending and one descending, and levels the players must play ‘blind’. Expect the sequel to the most divisive game of 2018 to stir up even more discussion just not around the table. 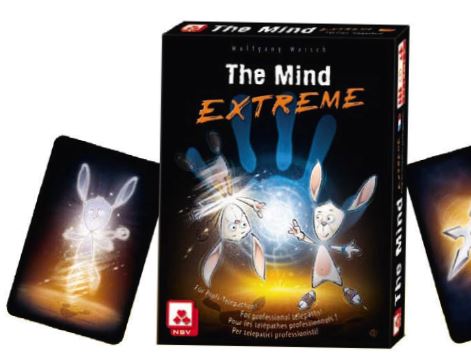 The legendary designers of Cosmic Encounter and Dune put a real-time spin on word games in this race to create letters from shape pieces. The players are trying to make six words from the shapes they have, with the added pressure that each word can only be used once. Players can pick up extra pieces or pay points to discard some, needing to make use of the random selection of plastic sections as best they can. The mark of a new era for the clever letter shape system seen in eighties classic Runes, Wordsmith joins Decipher in the new Letter Piece Games series.

First released back in 2010, Imperial Settlers designer Ignacy Trzewiczek’s out-ofprint game of cut-throat clothing companies waging war on the catwalk has been tough to track down since. That changes with this year’s new edition, which has seen its economic gameplay completely revamped – along with gorgeous new artwork from illustrator Kwanchai Moriya. Players build up their label by hiring designers, signing models and opening store branches, preparing their collection for the ultimate showdown against their rivals at heated fashion shows. Capturing the intense competition of fashion in a meaty strategy game, it’s a cult creation that’s coming back into vogue. 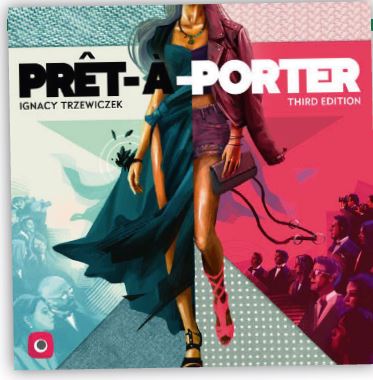 Michael Kiesling is among the most decorated designers on the tabletop, having won the prestigious Spiel des Jahres award three times – most recently for Azul. In other words, whatever he makes is always worth keeping an eye on. Miyabi is a game of Japanese garden planning, as players arrange trees, ponds, stones and pagodas across different levels of terrain as the tiles begin to stack up. With some tricky restrictions on where each patch of garden can be placed, earning more points for higher pieces, and an Azul-like tile-drafting competition between players – plus five different expansions in the box to mix things up Miyabi promises to be another winner from the board game master. 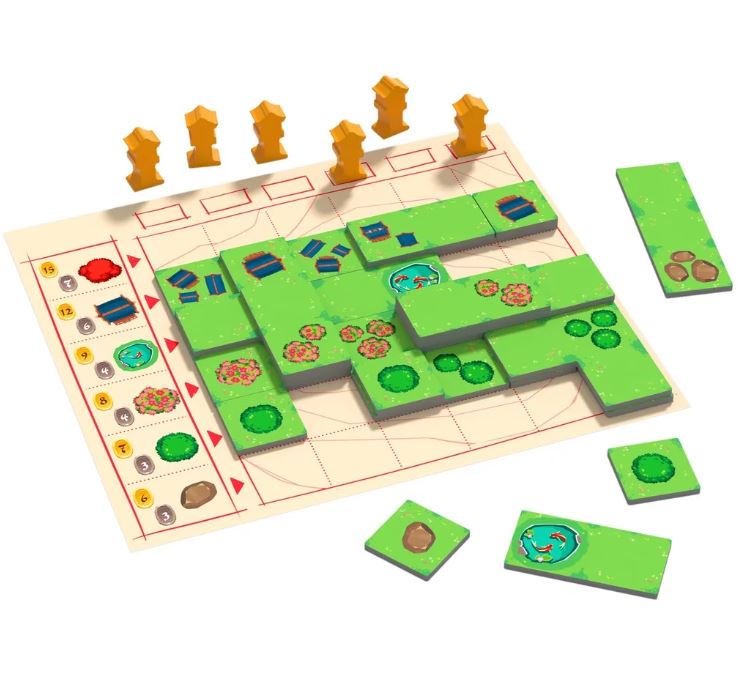 Decrypto designer Thomas Dagenais- Lespérance takes to the skies in this bright and breezy game about aeroplanes hopping between islands. The players assign workers to hangers to collect resources, spending their goods to fly between squares in Wayfinders’ main grid of randomly arranged islands. Airstrips can be built on islands you pass through, making it easier to whizz across the map on future turns – and letting you rack up some extra points depending on which scoring conditions you’re after. Playing in just 20 to 45 minutes with two to four people, Wayfinders sounds like a light but enjoyable trip. 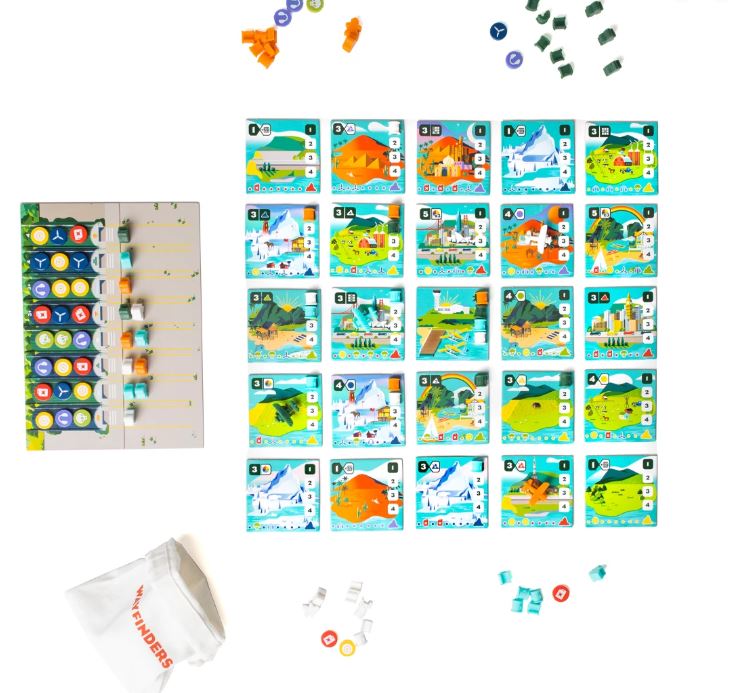 Drawing from hack-and-slash video games like Diablo, Adrenaline designer Filip Neduk’s dark adventure board game throws a group of heroes into a quest to defeat the Lord of Demons. To get there, they’ll need to fight their way through hordes of demonic foes, grabbing weapons and equipment from their vanquished enemies to increase their strength. The simple joy of chucking dice sits at the centre of this competitive brawler, with looted items modifying rolls to help players take down even bigger and meaner baddies. 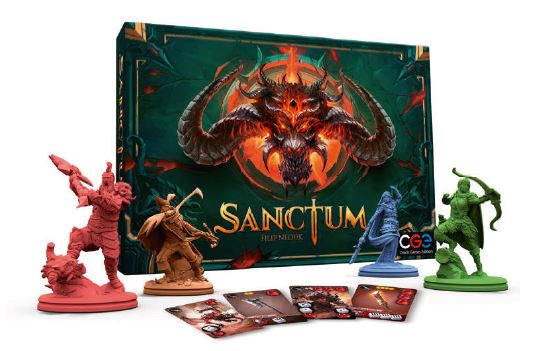 Featuring a wobbly tower of bricks (just don’t call it Jenga), Sarah’s Vision blends together a dexterity challenge and collaborative story-driven strategy game. Players are agents looking to resolve events by using their resources to mitigate danger, yanking bricks from the Agency’s tower to progress through a series of scenarios. With a story involving the futuristic utopia of the 22nd century and its mash-up of gameplay mechanics, Sarah’s Vision is one of the more intriguing games landing on the tabletop this year. 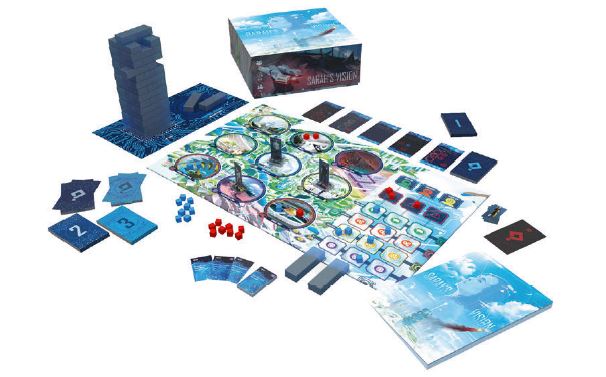 SO, YOU’VE BEEN EATEN.

That name’s just great, isn’t it? It’s accurate, too: in this game, you play either a miner trying to collect crystals inside a massive monster’s guts or the big beastie trying desperately to digest the troublesome interloper before they get out. The asymmetric two-player game can
also be played in a solo mode or, unexpectedly, with zero human players, if you’re into watching the game’s AI miner and creature fight amongst themselves. With a name and premise this good, though, why let the cardboard have all the fun? 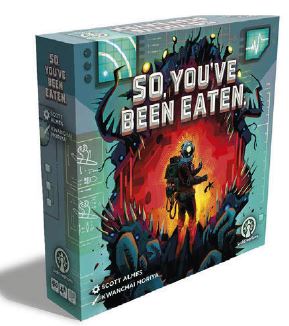 Ever wanted to change the world? Here’s your chance. Ecos challenges players to form the Earth using their control of the
elements, creating terrain and populating it with animals. The game’s simultaneous turns sees one person pulling element tokens from a bag, before everyone assigns energy cubes to matching symbols on their cards. Complete a card and you can use it to add tiles to the central map, gradually creating the world and placing animals in suitable environments to score points. The latest design from Mystic Vale creator John D. Clair, Ecos looks to be just as inventive and engrossing. 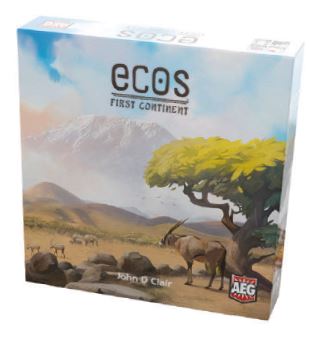