Honestly, lying to your friends – or sniffing out the lies of others – is some of the best fun that can be had around a table. Trust us on these games that are all bluff, zero fluff.

Building on the brilliant bluffing of its sci-fi predecessor The Resistance, Avalon takes a trip to the fantasy world of King Arthur, facing players off in a heated battle between good and evil. On one side, Arthur’s servants and Merlin. The other: Mordred and his minions, who are concealed among the goodies. Some of the characters have special powers they can put to use to try and help their side to victory while taking care not to put themselves in danger, such as Merlin, who knows the evil players but risks being assassinated and losing the game for the forces of good if they give away too much. Tense, tight and full of unforgettable reveals and deceptions, Avalon is magic.

Working out which of your friends are liberals and which are fascists might feel a bit close to home in 2018, but Secret Hitler handles its weighty inspiration of pre-World War II Germany with a biting satirical edge that results in one of the sharpest cut-throat games around. Each side works to swing the passing of policies that benefit their party, while electing a president and chancellor who can wield the power for good or ill. All the while, one player is Secret Hitler, working behind the scenes to try and seize complete power. Add assassinations, government powers and reptilian fascists for a party experience that’s as entertaining as it is frighteningly current. 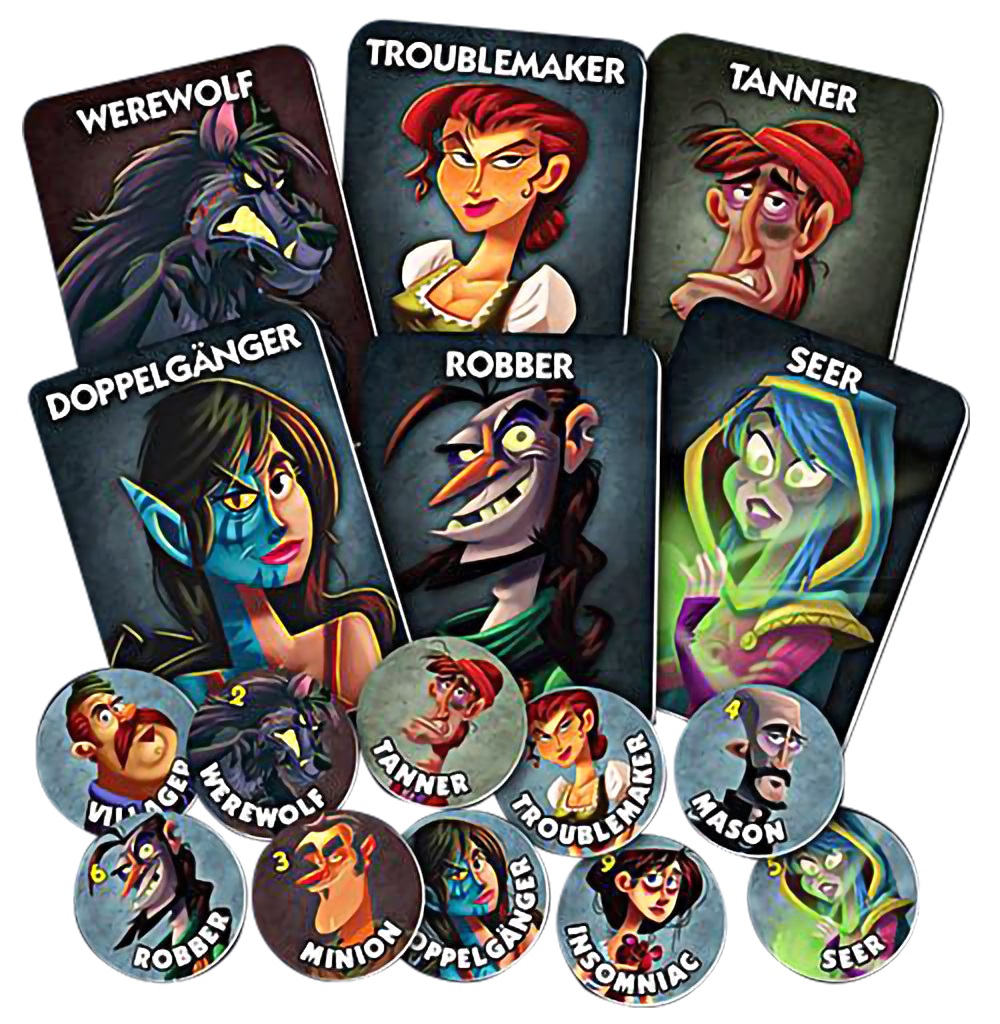 Werewolf/Mafia is a classic, and ONUW gives it the modern updates it needs to feel fresh and fun for years to come. Best of all is the ditching of player elimination, so everyone gets to enjoy every match the whole way through. Everybody also gets a special role with different rules and abilities, so that every player is able to engage with the hunt for the werewolves terrorising the villagers. Best of all, this fits into just 10 minutes or so, making it easy to squeeze in between longer games – or just play again and again.

Buy your copy of One Night Ultimate Werewolf here. 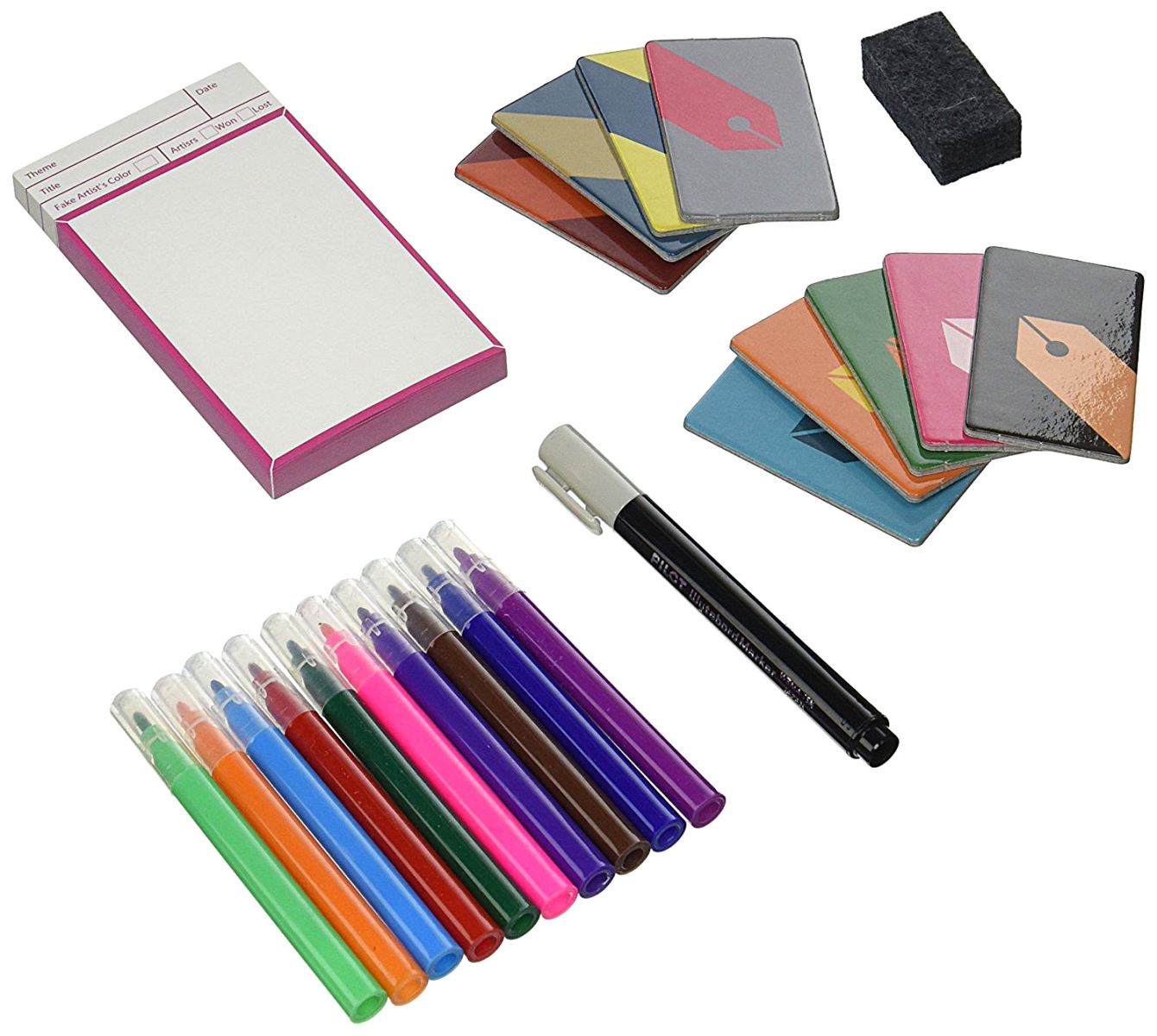 How can so much fun fit in such a small box? It doesn’t matter – the important thing is that Fake Artist belongs in every collection, and you’ll definitely have space. As fast and easy as it is completely hilarious (on all counts: very), this pocket-sized prize involves everyone collectively drawing something one line at a time. The hook is that someone has no idea what it is, so they must bluff their way through without giving their fakery away. But if they are uncovered and manage to guess the answer, they win – so everyone else wants to be careful they don’t draw too well…

Buy your copy of A Fake Artist Goes to New York here. 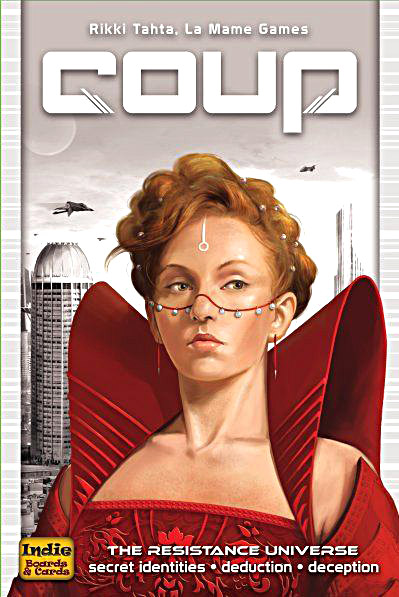 A slick game of poker-faced bluffing, Coup has a simple and timeless idea at its heart: what if you don’t actually have the card you claim to have in front of you? Instead of numbers and suits, this time it’s characters with special skills that can be utilised to gain coins and ultimately launch a coup against your opponents, forcing them to lose influence. You don’t have to have a character to use their skill, but others can accuse you of using talents you don’t have, leading to a reveal and the person in the right losing one of their two characters. The last person with a character left wins, but matches don’t drag on too long even with those eliminations.

Buy your copy of Coup here. 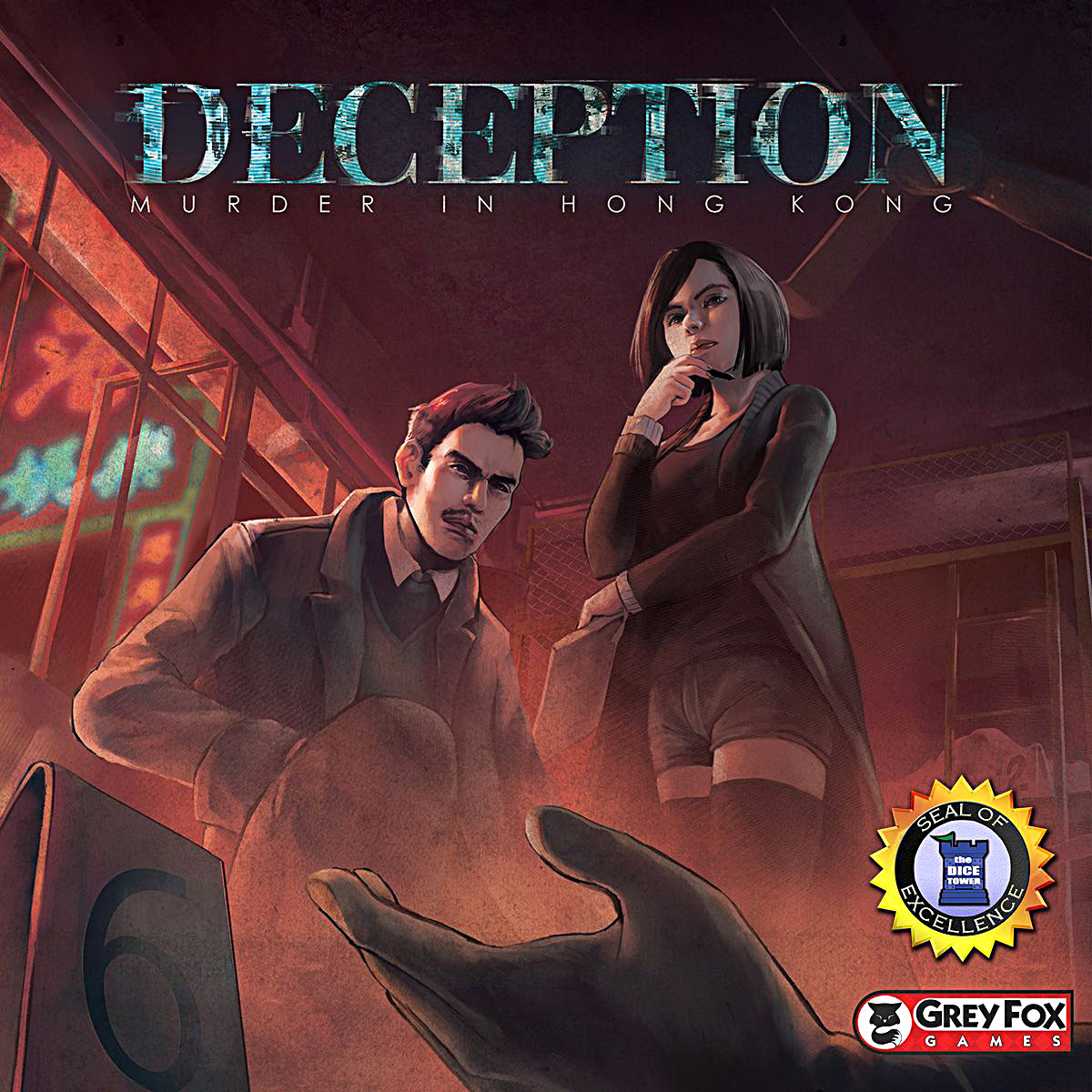 Deception takes a classic crime-fiction shocker – the killer is one of the investigators on the case – and turns it into a constantly entertaining murder-mystery conundrum. One player gives the group clues about the details of the crime using a selection of vague clues, trying to point to the murderer in their midst. Everybody has a unique combination of evidence and means of murder in front of them that lead to some blackly comic setups (how exactly do you murder someone using their underpants?), and the search for the truth feels like a proper whodunit mystery without a lot of the face-to-face accusation of more confrontational games. Just watch your back – or should that be backside?

Buy your copy of Murder In Hong Kong here. 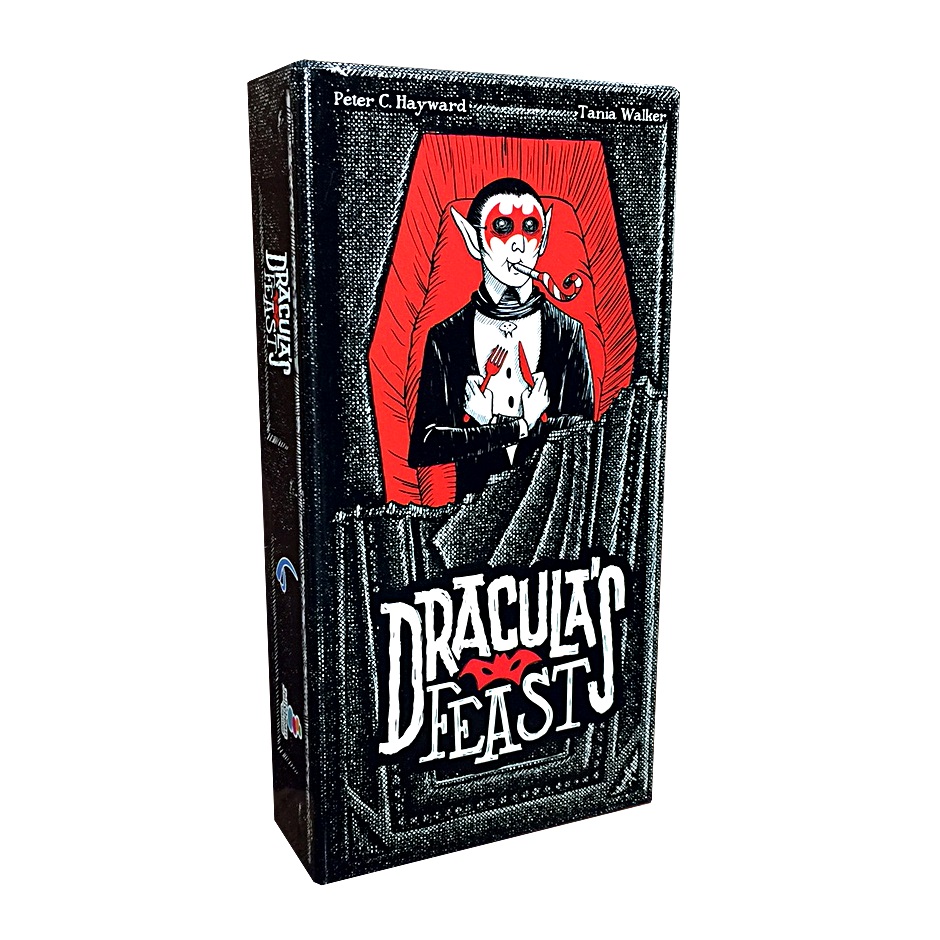 Not everyone enjoys the pressure of lying to their best friends. This spooky yet adorable game is designed to be a friendlier take on social deduction, revolving around monsters asking each other to dance at a function hosted by the snappily-dressed bloodsucker – but, depending on which ghoulie they are, they might prefer not to or be unable to resist a boogie. Once a player reckons they’ve gathered enough intel, they try to guess everyone’s identities at once. Nobody gets eliminated and a match normally finishes in 10 minutes, with little complexity to learn the first time through. It looks great, plays beautifully and is the ideal side dish to the meatier bluffing experiences out there to sink your fangs into. 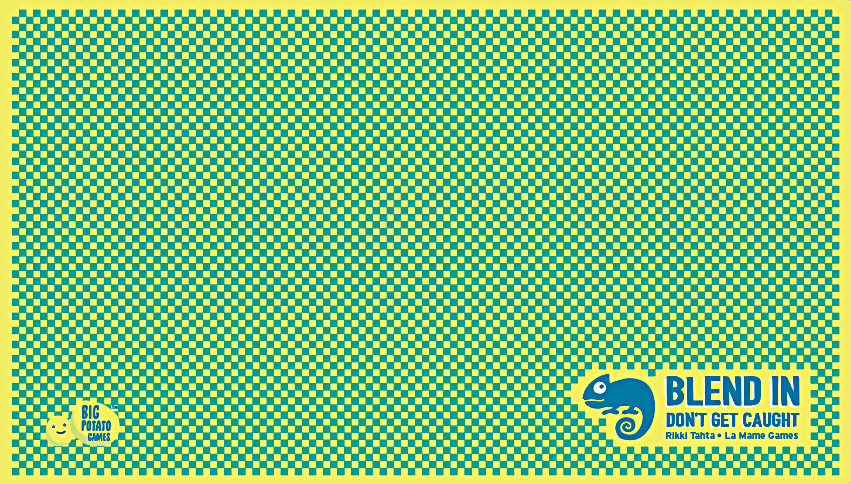 A cross between the one-word efficiency of Codenames and the confident blagging of Fake Artist and Spyfall, The Chameleon is either a code-cracking search to figure out the answer that everyone else knows that you don’t – while bluffing your way through the need to give one-word clues – or a tense analysis of everything that your friends say in an attempt to point the finger at the faker among you. It’s simple and familiar, but applies some clever twists in the way that dice are rolled to pick the solution from a grid of answers (which you can write yourself).

Buy your copy of The Chameleon here. 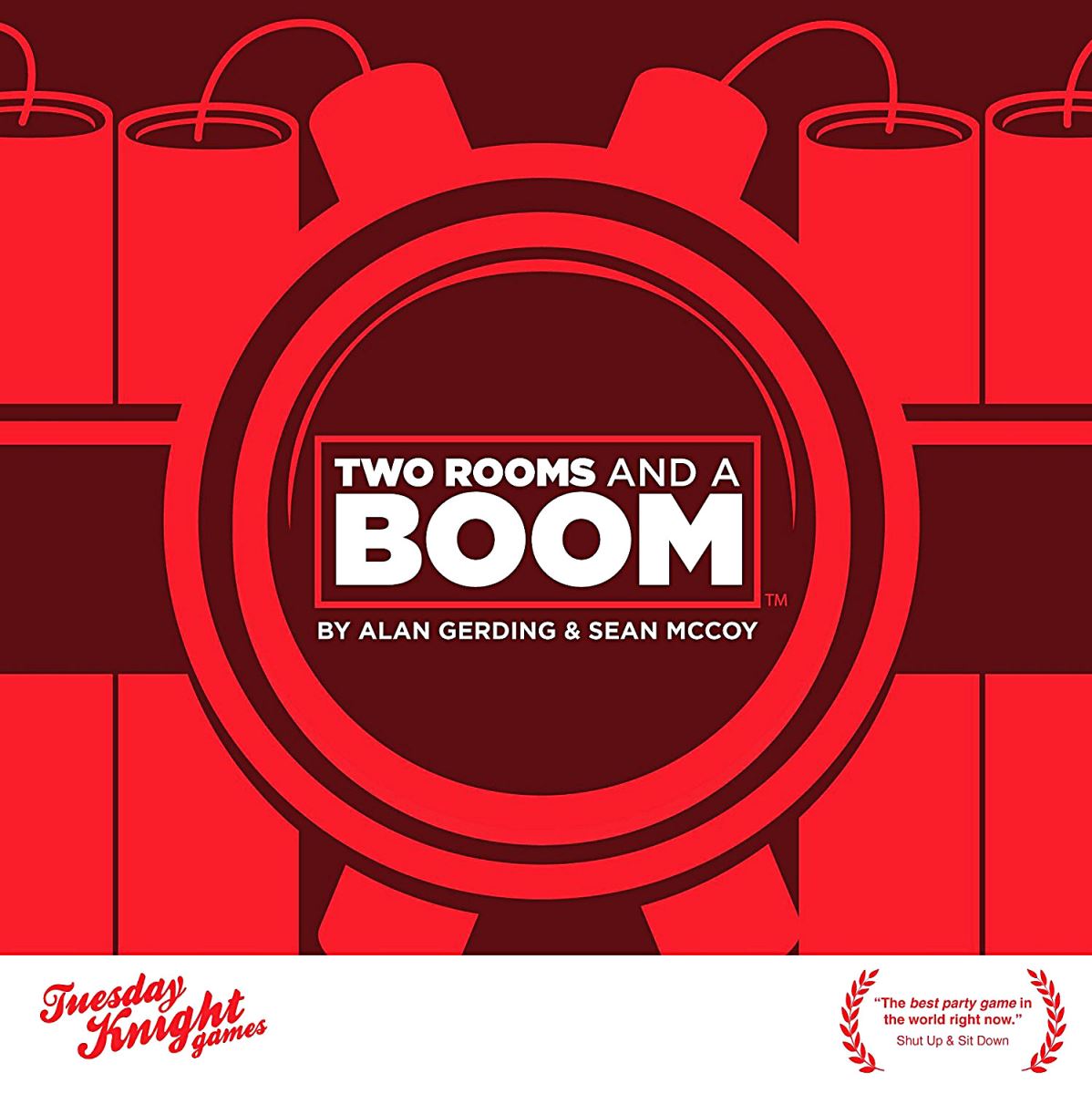 If deceiving a handful of friends doesn’t quite get your rocks off anymore, why not try lying to an entire crowd? Two Rooms lets dozens of people participate in a hunt for a dangerous bomber: one team is trying to get the bomber into the same room as the other team’s president by the end of the game, with hostages tensely exchanged between the rooms between rounds. Even with a full house, Two Rooms doesn’t drag on, and the advanced role cards provide an endless amount of variation and fun ways to shake up the already entertaining standard game. Win or lose, you’ll have a blast. 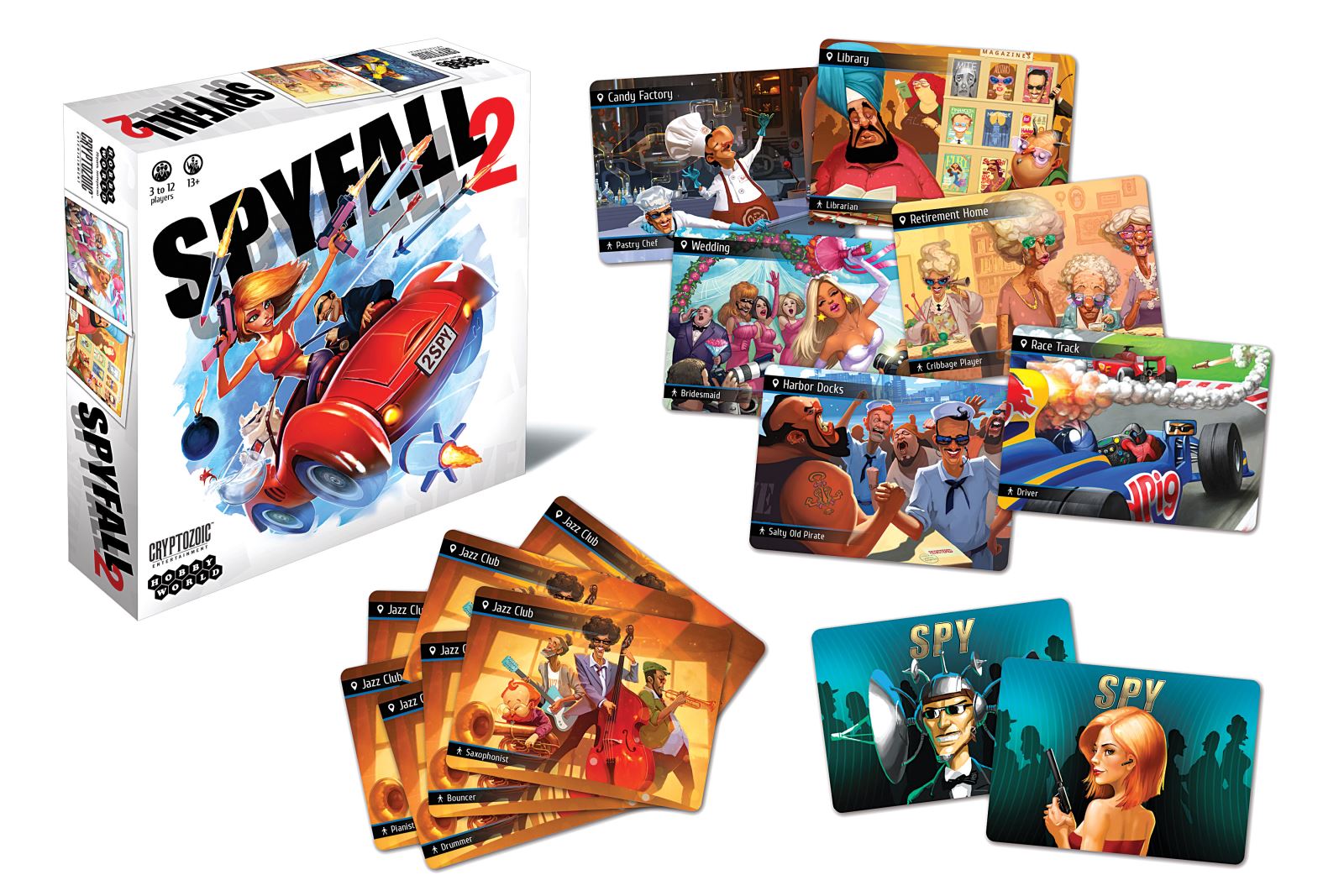 The perfect game for anyone who’s ever bluffed their way through an interview, Spyfall is all about coming up with the perfect replies to questions – even when you have no idea what the answers are. Players grill each other about the shared location they all have written on their cards, hoping to trip up the one or two spies among them who have blank cards and therefore no idea where they are. Anyone can be accused of being a spy at any point, and the non-spies are racing to catch the liars before a spy successfully guesses where they are by listening to enough questions and answers. Although it can be mixed with the original due to identical gameplay, this sequel is the better standalone buy thanks to a bigger player count and option to include multiple spies.

Buy your copy of Spyfall 2 here

This article was featured in the August 2018 issue of Tabletop Gaming. Pick up the latest issue of the UK's fastest-growing gaming magazine in print or digital here – or subscribe to make sure you never miss another issue.